“It was a thriller of a game, with the score tied 2-2 until France broke away in the final minutes,” said Wayne Merdinger, executive vice president and general manager of MK Battery, the primary sponsor and official battery of the United States Power Soccer Association (USPSA) and Team USA. “England took third place, defeating Australia.” 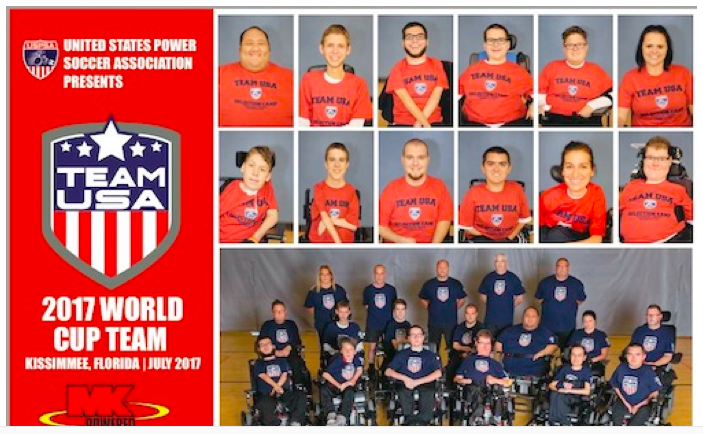 MK Battery (an exhibitor at the upcoming Medtrade 2017, scheduled for Oct 23-25, 2017, at the Georgia World Congress Center in Atlanta) has been the main sponsor for United States Power Soccer for many years, and that is still the case.

Hosted by the United States Power Soccer Association (USPSA), the recently completed World Cup was the highest level tournament ever played in the United States. The two previous World Cups were held in France and Japan respectively, both won by Team USA.

Power Soccer is the only team sport in the world created exclusively for power wheelchair users. It is played in 27 countries and governed by FIPFA. There are multiple leagues and about 60 teams in the U.S., governed by USPSA. Efforts are underway to qualify for inclusion in the Paralympics in the future. 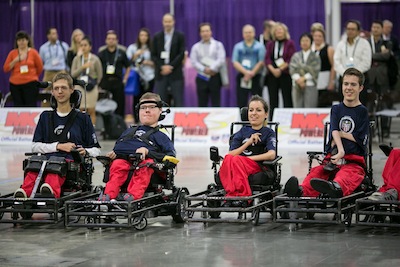 The game is usually played in a gymnasium on a regulation basketball court. Two teams of four players attack, defend, and spin-kick a 13-inch soccer ball in a skilled and challenging game similar to able-bodied soccer.

“When we saw the team last year at Medtrade 2016, it was obvious that they were an incredibly skilled group,” says Kevin Gaffney, group show director, Medtrade. “We at Medtrade are thrilled that Team USA has once again done so well in the World Cup. We offer our sincere congratulations.”

“I was watching the scores online throughout the weekend, and that game against England made me nervous,” adds Greg Thompson, editor, Medtrade Monday. “They nearly had that final game, but anything can happen in sports. Congratulations to the entire team, everyone associated with the team, and that includes MK Battery.”

Learn more about sponsorship opportunities with Power Soccer in the USA by visiting http://fipfaworldcup.org/