Strong S. Huang, CEO and founder of Zopec Medical shared his origin story last year, and he agreed to sit down again with Medtrade Monday to relay more about the company’s latest developments—particularly the rebranding of its UPS technology and how it keeps CPAP machines going when the power fails.

Medtrade Monday: Earlier this year, you responded to demand in Seattle, but were you also selling down in Texas when they experienced their weather-related power outages?
Huang: Yes. In Texas, we completely sold out our inventory because people are starting to realize that our CPAP battery can provide uninterrupted sleep with its built-in UPS technology. 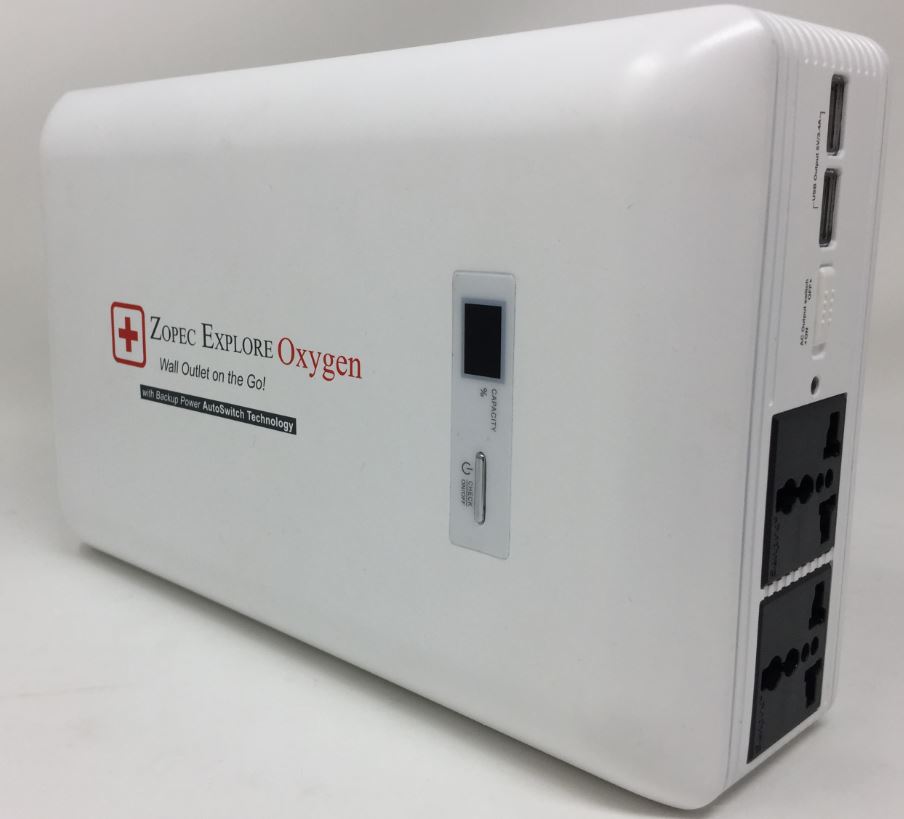 Medtrade Monday: What exactly is the Zopec version of UPS technology?
Huang: The typical UPS that people are familiar with is to protect computers against surge and power outages. Sleep is very different. If a power outage happens at the beginning of your sleep, you need eight hours to have uninterrupted sleep, so ours has a lot more reserve power than a typical UPS system. We had to create something of at least 400 watt hours, which is three to four times the common battery from a capacity standpoint.

We call it The Beast, but the formal name is Explore Oxygen. It has 576 watt hours. It’s more than double the typical car battery and it’s only seven and a half pounds. It’s advanced technology using Panasonic lithium ion cells, which all Tesla vehicles use. They make the lightest and the smallest. If you use ResMed, Respironics, or any brand—and if you use a heated humidifier and heated hose—even at the maximum setting we guarantee you’re going to get eight hours of sleep. To clarify, Zopec Medical is the company name, but our CPAP battery line is called Zopec Explore. Our new slogan is We Are the Sleep Guardian. Zopec Explore batteries are indeed sleep guardians.

Medtrade Monday: What types of real-world stories are you hearing?
Huang: Last year, a radiologist found our battery and called me. He has severe sleep apnea much like me. My blood oxygen goes down to 69 percent if I don’t use CPAP, and I stop breathing like 50 times an hour. I use CPAP therapy every night and if I don’t, the next day I am miserable. 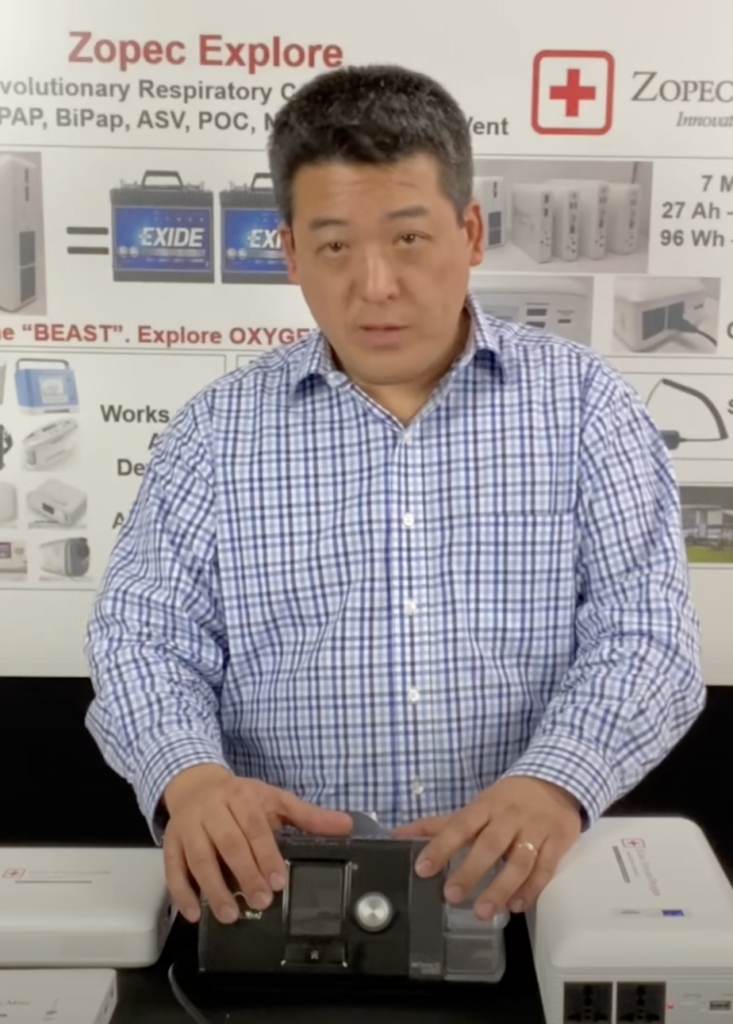 The radiologist said he had 12 straight days of power outages in Florida, and he could not get to sleep. He had a battery, but every time the power went out, he had to get up, hook onto the battery, and then try to go back to sleep. He woke up choking because he has severe sleep apnea and all of a sudden there’s no flow, and he can’t breathe. After 10 days, he had a heart attack. His wife got to him in time, called the ambulance, and saved his life. He also has three sons with sleep apnea who are medical doctors. The four medical doctors are sleeping with the Zopec Explore 8000. To clarify, the Zopec Explore Oxygen (the Beast) is a brand new battery in 2021. It is double the capacity of Explore 8000 and has a more powerful UPS system.

Every time I talk to a sleep apnea patient, they can relate. They say, ‘Strong, I’m so glad I don’t have to worry about power outages interrupting my sleep anymore.’ I told them, ‘I’m so happy because that’s why I developed the technology to add it to our CPAP batteries.’

Medtrade Monday: And how many batteries do you offer?
Huang: We have seven total batteries. The Beast is in our professional series. We have a professional series focused on power outage, and then we have a portable series focused on travel, with UPS still built in. But the UPS pass-through has different limits based on need because the smaller the pass-through we build, the smaller the battery. The portable series with equal battery capacity is 40 percent smaller and 20 percent lighter.

Medtrade Monday: Can the battery power other things besides CPAP and BiPAP?
Huang: Absolutely. When we have a power outage, we need power for our phone, our laptops, our internet routers and of course the CPAP and the CPAP cleaner.