Now there is another challenge … one that has “snuck up” on the DME industry. This challenge pertains to state Medicaid Managed Care Plans (“Plans”). 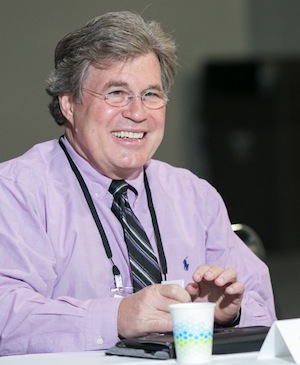 In so doing, the Plans negotiate a fee schedule with providers. The term “negotiate” is misleading. Normally, the Plans dictate to providers what the reimbursement will be. A goal of the Plan sponsor (the insurance company) is to generate a profit (i.e., the Plan pays less money to the providers than what the state Medicaid program pays the Plan).

This is where the challenge to DME suppliers arises. While a number of criticisms can justifiably be levied against Medicaid FFS, a Medicaid FFS program cannot be accused of trying to “turn a profit.” This is not the case with Plans.

At the end of the day, the goal of the Plan is for (i) the inflow of money from the Medicaid program to be (ii) greater than the outflow of money to providers. Said another way, an important goal of each Plan is to generate a profit.

In order to generate a profit, Plans are motivated to ratchet down reimbursement to providers. There are three primary ways that Plans do this:

There are several distinct steps that DME suppliers can take to oppose a Plan’s actions to eliminate most independent DME suppliers. These steps include:

In July 2018, legislation that would put an end to drastic cuts in payments to providers of medical equipment and supplies for Medicaid patients was proposed by a conservative Republican and liberal Democrat in the Illinois General Assembly. House Bill 5930 is designed, at least in part, to address concerns that cuts in 2018 of 10 percent to 50 percent in reimbursement to medical supply companies would put many suppliers out of business and lead to monopolies, according to state Rep. David McSweeney, R-Barrington Hills.

The bill, co-sponsored by Rep. Gregory Harris, D-Chicago, also would require “minimum quality standards” for medical supplies and equipment and prohibit managed-care organizations, or MCOs, from signing “sole-source’ contracts with providers of durable medical goods. The quality standards, McSweeney said, would help to ensure that patients are well-served by companies accepting the rock-bottom payments being mandated by at least one of the state’s contract Medicaid managed-care companies, IlliniCare Health.

McSweeney said he wants to make sure smaller DME suppliers are not pushed out of the Medicaid provider market. A monopoly would not bode well for the state and its taxpayers in the long run, he said. “We’re just setting ourselves up for massive price increases into the future,” he said.

Predictably, the Illinois Association of Medicaid Health Plans, opposes the bill. According to Samantha Olds Frey, Executive Director, the association is interested in ensuring that products and services are high-quality. But as drafted, the legislation would require Medicaid managed-care companies to pay some vendors more than those vendors are asking for products, she said. The bill, which McSweeney hopes to get passed in the Democratic-controlled General Assembly during the 2018 fall veto session or 2019 spring session, would prohibit medical supply vendors from being paid less than 10 percent below Medicaid “fee-for-service” rates by managed-care organizations.

If a managed-care company can find a vendor willing to accept less, “why should a plan use taxpayer dollars to spend more?” Olds Frey asked. According to Olds Frey, managed-care contracts are structured so that “any time a medical plan saves money, the taxpayers of Illinois benefit.” However, McSweeney said it is unclear whether savings being generated by the IllniCare cuts are being passed onto the state or simply adding to the profits of IlliniCare. IlliniCare is part of publicly traded Centene Corp.

McSweeney said he has doubts about any claimed savings from state spending on medical supplies and overall medical care through the Governor’s “reboot” of Medicaid managed care. That reboot, dubbed HealthChoice Illinois, took effect January 1, 2018 in many of the state’s urban areas. On April 1, 2018, the reboot expanded to all 102 Illinois counties, including the Springfield area.

A special provision in the Medicaid managed-care reboot will place all 16,200 children, who are in the care of the Illinois Department of Children and Family Services, as well as 23,000 others (including former DCFS wards) who have been adopted, into IlliniCare’s managed-care network beginning October 1, 2018. There is secrecy involved in the money saved through the state’s managed-care contracts, McSweeney said. The awarding of contracts did not follow the state’s regular vendor procurement process, he said.

The Illinois Department of Healthcare and Family services estimates that the reboot will lead to annual savings of $200 million to $300 million. The total savings, according to HFS, would be more than $1 billion over the life of the four-year contract affecting more than 80 percent, or 2.7 million, of Illinois’ 3.14 million Medicaid recipients. But McSweeney said, “Nobody can prove to me it saves any money.” He said managed-care, implemented in the right way, could yield legitimate savings in the Medicaid program for taxpayers, but “it’s not the only answer.”

The Retail Work Group is a vibrant network of DME industry stakeholders (suppliers, manufacturers, consultants) that meets once a month via video conference during which (i) an expert guest will present a topic on an aspect of selling products at retail, and (ii) a question and answer period will follow. The next Retail Work Group video conference is scheduled for September 13, 2018, at 11:00 a.m. Central. Micah Swick, National Sales Director, for Pride Mobility Products, will present “Retail Selling: Building Rapport, Tickets and Margins.” Participation in the Retail Work Group is free to AAHomecare members. For more information, contact Ashley Plauché Manager of Government Affairs, AAHomecare (ashleyp@aahomecare.org).