Home Mod Heats Up at Medtrade and in Washington, DC

Home Mod Heats Up at Medtrade and in Washington, DC

ATLANTA – Manufacturers, providers, and even legislators are paying a lot of attention to the home modification movement. Organizers at Medtrade, scheduled for Oct 23-25 at the Georgia World Congress Center, have taken notice, and several exhibitors are putting ever more resources into the “aging in place” movement. Additional educational sessions are also planned.

Louis Tenenbaum (pictured, right), founder and president, HomesRenewed, a coalition of business, consumers, and nonprofits driving policy and investment to increase the number of age-friendly homes, recently agreed to chat with Medtrade Monday about the growing aging-in-place phenomenon.

Greg Thompson, editor of Medtrade Monday: What market segments should Medtrade attendees be aware of in home modification?
Louis Tenenbaum: There are two segments. The third party payer/existing conditions (MS, Parkinson’s, stroke, etc) folks with disabilities/worker’s comp market segments are out there. You should pursue them and hone your skills. On the other hand, you have preparing homes for aging. That segment is going to build through HomesRenewed’s work. Join us as we get our membership functioning and get ready for a bright future. 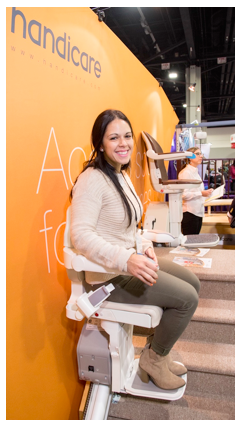 Thompson: What’s the significance of the The Senior Accessible Housing Act (HR 1780), the bill that would provide tax credits to seniors who install home modifications?
Tenenbaum: The real significance of this bill is bringing the issue of modifying homes to the national forum.
The way Congress is operating and the way bills move forward is complex and, though maybe not mysterious, convoluted. This bill could get tacked on to something soon or go through changes over a few years, gather more momentum, and then passage. It is hard to know. However, it is the second time a similar bill has come to the house. That is significant.

This bill also requires a reduction in federal tax revenues. That is going to be tough to get passed. We hope to influence the evolving bill to find other revenue streams that have less impact on tax revenue and also show the benefit for Medicare and even Medicaid.

Thompson: What are the favored terms/nomenclature these days? Is “Universal Design” out of favor?
Tenenbaum: Universal design has not been successful. We need to pivot, to try other things and hopefully base them in message testing rather than conjecture. It is about a different conversation. Here is an example: “It is fundamentally unfair to continue providing medical miracles without updating houses.”

Thompson: What is your opinion of current home design?
Tenenbaum: The house itself is outdated. Design of homes, like our payment and hospital systems, predate 21st century longevity. These facts underlie a lot of family, health, community, and financial issues and fears. What is more, updating our houses isn’t new. We improve our houses to embrace developments in science and technology. Many people live in homes that started without plumbing and electricity. We added furnaces and then updated their efficiency and added insulation. Now solar collectors cover roofs throughout our neighborhoods.

Thompson: How can legislation affect this change?
Tenenbaum: Policy always drives change, such as water and sewer systems, the electric grid, weatherization subsidies, and solar tax credits. HomesRenewed advocates policies to stimulate upgrades to housing for the modern lifespan. These policies are aligned with many previous governmental actions which have improved infrastructure in our communities.” 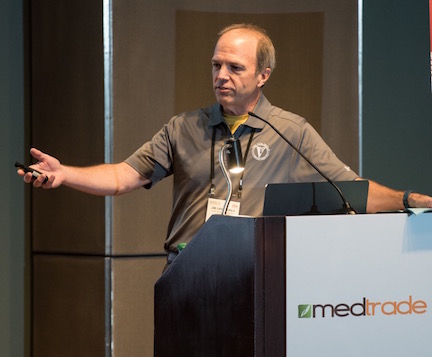 At Medtrade This Year
Medtrade attendees looking to learn about home modification should consider attending Aging in Place, The Longevity Revolution! The Future is so Bright You Need to Wear Shades, scheduled for Tuesday, October 24, 2017: 4:00 PM – 5:30 PM with:
• Jim Greatorex (pictured), vice president, vice president, Accessible Home Improvement of America (AHIA), a division of the VGM Group; and two providers who have been successful in the home modification business.

Greatorex plans a comprehensive panel discussion on the topic at Medtrade. “The session at Medtrade in particular is the future of the aging in place market, and the future is really bright,” says Greatorex. “This will be an exceptional opportunity for attendees. Many people are predicting the revenue in this niche could easily be bigger than what is spent on home oxygen right now. It’s going to take about five to eight years to get there, but that is what’s coming.” 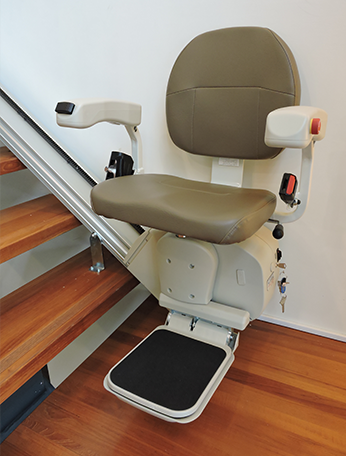 Medtrade Exhibitor Merits Health Products Launches Home Access Division
CAPE CORAL, Fla. – As reported in HME News, Medtrade exhibitor Merits Health Products has launched a new home access division called Pilot. The division currently offers an economical straight stair lift that it says is easy to work on and can be adjusted to fit most applications. “We designed the Pilot range of stair lifts to provide a stylish, elegant yet affordable solution without comprising on safety,” say Merits officials. “In fact, we consider safety a standard feature at Pilot, not an optional extra.”