GREENVILLE, SC – Medtrade lost one of its own when frequent presenter Neil Caesar died on Sunday, Feb 11, at the age of 60. Neil was widely known as an expert on HME/healthcare-related legal issues and a true pro’s pro. According to Neil’s wife, Courtney Kyle Caesar, arrangements for Neil’s service have been made for Saturday, Feb 24, at Mackey Mortuary in Greenville, South Carolina. Visitation will begin at 12:30, followed by a 2:00 service.

The following is a small sampling of reactions from the HME community: 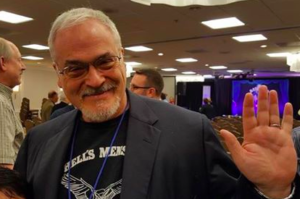 Article from Greenville News is excerpted below…

Neil Caesar, a prominent Greenville attorney who was a civil liberties leader and healthcare law expert, died Sunday, Feb. 11 at the age of 60. He died of complications from a lengthy illness, according to his obituary. Caesar was known for his experience in healthcare and business law. He served as president of South Carolina’s American Civil Liberties Union affiliate, and was involved with the organization when it challenged Oconee County officials for praying before public meetings in the early 2000s.

He was an active Life Member of Mensa, the high-IQ society where he met his wife, Courtney. Caesar was a popular speaker at Mensa gatherings and would discuss civil liberties as well as the magical arts, a major hobby of his since he was a child. Caesar was a 20-year lung cancer survivor and active in the Cancer Support Community at Greenville Health System, Bennett said.