Keeping Up the Fight Against Unsustainable Reimbursement Cuts in 2018

Keeping Up the Fight Against Unsustainable Reimbursement Cuts in 2018

WASHINGTON, DC – Despite some meaningful wins and progress on larger-scale relief in 2017, the HME community is going to need substantial public policy gains soon – or the impacts of drastic reimbursement cuts on our companies, our patients, and the communities we serve are going to become untenable.  Competitive bidding and the promulgation of bidding-derived pricing for rural Medicare beneficiaries and other payors who peg rates off the Medicare fee schedule has been challenging enough as it is; now we add Medicaid to the list of impacted payors. 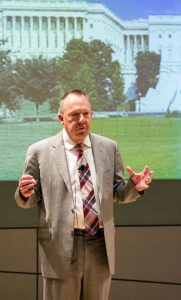 The architects of these cuts have asked a highly-regulated industry that serves some of our nation’s most vulnerable populations to absorb cuts on the order of 40-50% or more on its core offerings.  As a former respiratory services provider who saw his company decimated by the bidding program, I understand what it’s like to see a business that you have invested years or even decades in building become threatened by over-reaching government regulation.

As we enter a new year without long-term relief on these drastic cuts, I hear the frustration and anger from HME suppliers across the country.

That frustration and anger is compounded for me in my role at AAHomecare as I see the competitive bidding program continue to show its flaws with respect to access to care and standards of care for Medicare beneficiaries.  HME suppliers have seen these problems first-hand, and they have also been confirmed by hospital discharge planners and patients in both our HME Access Survey as well as a survey by the American Thoracic Society.

And that frustration and anger is magnified by discussions with regulatory officials who discount the mounting evidence that the bidding program and the spread of bidding-derived pricing is causing real problems for patients.  As far as they are concerned, access to care issues we are seeing every day and what studies corroborate, count as little more than scattered anecdotes.

We Need to Turn Up the Heat

If you’re frustrated, angry – and ready for change, I hope you will join me in redoubling your advocacy efforts this year.

We need to turn up the heat on Capitol Hill in these first couple of months of 2018 to make sure that our issues stay on the Congressional radar and to better position getting provisions from H.R. 4229 included in any potential healthcare/Medicare-related legislative packages.  Put simply, that means both seeking additional co-sponsors for H.R. 4229 and also keeping in touch with legislators who are already on board about the impact that reimbursement cuts are still having on your business, especially now that Medicaid is being affected by these rates.

One way we are helping to make that happen is through our Congressional Accountability Project, which will help broaden the grassroots advocacy capabilities of the HME sector and expand the number of legislators we are engaging on a regular basis.  Please consider serving as a contact if you’re located in a state that isn’t fully covered yet.

Time to Get Off the Sidelines

If you haven’t been actively involved in our recent advocacy efforts, I hope you will take this opportunity to become more engaged over the next 45 days.  It can be as simple as reaching out to your Representative in the House, asking for the staffer who handles healthcare issues, and asking that they support H.R. 4229.  You can use our issue brief on the legislation to make your case.  If you are in a competitive bidding area, you can see how H.R. 4229 would help companies in CB areas. 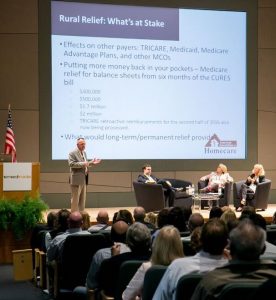 While reaching out to your legislators may seem like a daunting task, you don’t have to cover every point and detail in these issue briefs.  Just telling your legislators what deep reimbursement cuts are doing to your company and your patients, and asking that they support this legislation that would help improve the situation, is a very effective contact.

If you’ve been meaning to get involved but just haven’t gotten around to it, the time for action is now.

What About Fixing the Bidding Program?

We’ve focused on legislation and regulation to roll back cuts in rural areas and affecting other payors in the near term because that’s where we’ve seen the strongest opportunity to get relief for a broad segment of the HME community.  In the latter stages of 2017, we’ve heard from providers who are asking about the future of reforming or replacing the competitive bidding program.  I want to be clear that we are still committed to working to fix the significant flaws in the bidding program to deliver a more transparent and sensibly-constructed program, and we continue to explore opportunities and engage lawmakers and regulators on this issue.

Suppliers, manufacturers, state association leaders, and other HME stakeholder groups made a strong impression on Capitol Hill in 2017 – together, we have continued to raise awareness of the severe challenges this industry faces and the threats to patients and caregivers stemming from deep reimbursement cuts.  Let’s build on this progress with a renewed commitment and passion to get our advocacy efforts off to a strong start and bring us closer to some much-needed wins for HME.