This type of approach should have come to an end with the 60-Day Rule as contained in the Affordable Care Act (ACA). Under the 60-Day Rule, when a supplier determines (or upon reasonable inquiry should have determined) that it should not have previously submitted claims, the supplier has six months to investigate and quantify the amount of money it should repay…and then has 60 days thereafter to report and refund to CMS. If the DME supplier fails to fulfill this obligation, the claims may be construed to be “false claims.”

This article discusses some of the nuances of the 60-Day Rule. In the Proposed Rule addressing the 60-Day Rule, CMS states that clarification may be helpful in defining potential reasons for an overpayment that will trigger the report and refund requirement. According to CMS, examples of what a person may report as the reason for the overpayment include the following: (i) incorrect service date; (ii) duplicate payment; (iii) incorrect CPT code; (iv) insufficient documentation; and (v) lack of medical necessity. CMS notes that many of the forms available from its contractors provide a ‘‘check the box’’ format that allows providers and suppliers to easily identify the reason for the overpayment. For overpayments that are not listed on the form that is available from the CMS contractor, there is an associated ‘‘other’’ box that allows providers and suppliers to clarify the reason for the overpayment. 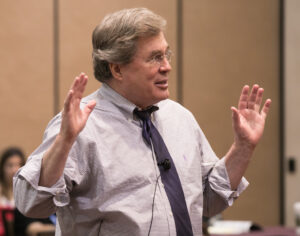 In the Proposed Rule, CMS noted intersections between (i) the obligation to report and return an overpayment under the ACA and (ii) the existing procedures for reporting self-discovered evidence of potential fraud to the Office of Inspector General (“OIG”) through the OIG Self-Disclosure Protocol (“SDP”).

Disclosures resolved through the SDP result in a settlement with OIG that releases the OIG’s applicable Civil Monetary Penalties Law (“CMPL”) and permissive exclusion authority in exchange for a negotiated monetary payment that includes the overpayment as well as certain penalties and assessments. The obligation to return overpayments under the ACA is suspended when the OIG acknowledges receipt of a submission to the SDP.

The obligation to return overpayments under the 60 Day Rule are suspended until a settlement agreement with the OIG is reached or the provider/supplier withdraws from (or is removed from) the SDP. In the Proposed Rule, CMS states that once the provider/supplier notifies the OIG of the identified overpayment through the SDP, such notice will constitute a report for purposes of the reporting requirement set forth in the ACA.

In the Proposed Rule, CMS stated that providers/suppliers should ensure they are using the most appropriate process to report and return overpayments. For example, in the October 30, 1998 Federal Register, (63 FR 58400) the OIG published a notice stating—

[The SDP] is intended to facilitate the resolution of only matters that, in the provider’s reasonable assessment, are potentially violative of Federal, criminal, civil or administrative laws. Matters exclusively involving overpayments or errors that do not suggest that violations of law have occurred should be brought directly to the attention of the entity (e.g. a contractor such as a carrier or an intermediary) that processes claims and issues payment on behalf of the Government agency responsible for the particular Federal health care program (e.g., [CMS] for matters involving Medicare). The program contractors are responsible for processing the refund and will review the circumstances surrounding the initial overpayment. If the contractor concludes that the overpayment raises concerns about the integrity of the provider, the matter may be referred to the OIG. Accordingly, the provider’s initial decision of where to refer a matter involving non-compliance with program requirements should be made carefully.

According to CMS, the process of reporting and returning overpayments under the 60 Day Rule cannot resolve any potential False Claims Act (“FCA”) or OIG administrative liability associated with the overpayment (even though returning an overpayment may, among other benefits, limit any FCA or administrative liability arising from the retention of an overpayment). Providers and suppliers should be aware that CMS contractors will scrutinize overpayments received through this process and may make referrals to the OIG whenever the contractors believe circumstances warrant such a referral.

In the Proposed Rule, CMS addresses overpayments that arise due to a violation of the federal anti-kickback statute (“AKS”). Compliance with the AKS is a condition of payment. Claims that include items and services resulting from a violation of this law are not payable and constitute false or fraudulent claims for purposes of the FCA.

CMS recognizes that, in many instances, a provider/supplier is not a party to, and is unaware of the existence of, an arrangement between third parties that causes the provider/supplier to submit claims that are the subject of a kickback. For example, a hospital may be unaware that a device manufacturer has paid a kickback to a physician on the hospital’s medical staff to induce the physician to implant the manufacturer’s device in procedures performed at the hospital. Moreover, even if a provider/supplier becomes aware of a potential third party payment arrangement, it will generally not be able to evaluate whether the payment was an illegal kickback or whether one or both parties had the requisite intent to violate the AKS. For this reason, CMS believes that providers/suppliers that are not a party to a kickback arrangement are unlikely, in most instances, to have ‘‘identified’’ the overpayment that has resulted from the kickback arrangement and will, therefore, have no duty to report or repay it.

In the Final Rule addressing the 60 Day Rule, a commenter requested confirmation that a provider/supplier may provide a single notification to CMS to satisfy the report and return requirement (under the 60 Day Rule) and does not also need to use the SDP. In response, CMS stated that providers/suppliers need to decide who is the most appropriate recipient of the overpayment report and refund—the applicable CMS contractor or the SDP.

In the Final Rule, a commenter questioned what would happen if the provider/supplier and the OIG are unable to reach a settlement in the SDP. The Proposed Rule provided that the deadline for returning overpayments will be suspended when the OIG acknowledges receipt of a submission to the SDP until such time as a settlement agreement is entered, the person withdraws from the SDP, or the person is removed from the SDP.

The commenter requested CMS to clarify that, if a settlement cannot not be reached through the SDP, then the provider/supplier will have a reasonable amount of time to make a report to the relevant CMS contractor to meet its obligations under the 60 Day Rule. In response, CMS stated that the Final Rule contains the same language as the Proposed Rule concerning the returning obligation. In the event that an SDP settlement is not reached, the provider/supplier has the balance of the 60-day time period remaining from identification to the suspension of that 60-day period when the OIG acknowledged receiving the SDP submission to report and return any overpayment to the contractor. If the overpayment has been identified, CMS believes that the balance of the 60-day period is a reasonable amount of time to report and return the overpayment to the contractor if the SDP does not result in a settlement.

In the past, DME suppliers primarily billed traditional Medicare and Medicaid. This is changing. With the expansion of Medicare and Medicaid managed care, suppliers are now increasingly billing commercial insurers. Unfortunately, a number of suppliers have the mistaken impression that they do not have to remit sales tax. Failure to remit sales tax, even when the supplier is unable to collect the sales tax from the patient or insurer, can have serious consequences for the supplier. Each state has the authority to determine its sales tax requirements. While there are similarities across states, there are also differences. For example, a particular product may be subject to sales tax in State A, but not in State B. This program will present an overview of state sales tax laws and will then focus on the laws of five of the larger states. The program will discuss the sources that DME suppliers can go to in order to determine if a product is subject to sales tax in a particular state. The program will also discuss the steps that a DME supplier can take if it and a state enforcement agency disagree on whether a product is subject to sales tax.