Now, there is another challenge…one that has “snuck up’ on the industry. And, frankly, this is a serious challenge with serious consequences. This challenge pertains to state Medicaid Managed Care Plans (“Plans”).

It is no secret that the rolls of state Medicaid programs are swelling. As a result, the cost of providing health care to Medicaid beneficiaries is increasing exponentially. Money for this health care coverage comes from the federal government and comes from each state. As is the case with every aspect of health care, money is tight. Simply speaking, many (if not most) states cannot afford the increasing number of Medicaid beneficiaries. This is the proverbial “irresistible force meeting the immovable object.”

To meet this financial challenge, many state Medicaid programs are contracting with insurance companies that sponsor Plans. The Plans compete with each other to sign up Medicaid beneficiaries. The state Medicaid programs pay the Plans on a per diem basis ($__ per beneficiary per month). In turn, the Plans contract with hospitals, physicians, pharmacies, DME suppliers and other health care providers. In so doing, the Plans negotiate a fee schedule with providers. The term “negotiate” is somewhat misleading. Normally, the Plans dictate to providers what the reimbursement will be. A goal of the Plan sponsor (the insurance company) is to generate a profit (i.e., the Plan will pay less money to the providers than what the state Medicaid program pays the Plan).

And so how is this a challenge (read…problem) for DME suppliers? While a number of criticisms can justifiably be levied against Medicaid FFS programs (i.e., bureaucratic, inefficient), a Medicaid FFS program cannot be accused of trying to “turn a profit.” This is not the case with Plans. At the end of the day, the goal of the Plan is for (i) the inflow of money from the Medicaid program to be (ii) greater than the outflow of money to providers. Said another way, an important goal of each Plan is to generate a profit.

In order to generate a profit, Plans are motivated to ratchet down reimbursement to providers. There are three primary ways for Plans to do this:

Interestingly, some states that previously adopted the Medicaid Managed Care model are reassessing. Here are some examples:

Centene is a large Managed Care Company. Per Centene’s 2018 Financial Guidance and Investor Day report of December 15, 2017, Centene’s total revenue (i) in 2001 was $327 million, (ii) in 2004 was $7 billion, (iii) in 2013 was $11 billion, and (iv) in 2017 will exceed $47.8 billion. Centene is in 29 states and has 14 million members. Centene’s Medicaid Managed Care Companies are given local names such as (i) Texas-SuperiorHealth; (ii) Ohio-Buckeye Community Health Plan; and (iii) Illinois-IlliniCare. In Illinois, IlliniCare recently cut reimbursement to DME suppliers by approximately 50%.

The Complaint alleged that the Sole Source Contract gave benefits only to Medline.

The Complaint further alleged that the Sole Source Contract (i) removed verification, compliance with coverage, and medical necessity documentation … that all other DME suppliers must provide, (ii) removed competition and (iii) increased risk of violation of the federal anti-kickback statute (physicians encouraged to refer to Medline vs. other suppliers) and fraud, waste and abuse (removed audit for billing for services not provided, upcoding and proof of medical necessity).

Steps That Suppliers Can Take To Contest a Plan’s Actions

Arguments That Suppliers Can Make in Contesting a Plan’s Actions

Contract Between Supplier and MCO

All contracts between suppliers and MCOs allow the MCO to amend the contract by giving advanced notice to the supplier. Here is typical language: “This Agreement and any Attachments may also be amended by HMO furnishing Provider with any proposed amendments. Unless Provider objects in writing to such amendment during the thirty (30) day notice, Provider shall be deemed to have accepted the amendment.”

All contracts between suppliers and MCOs have “dispute resolution” provisions. For example, the contract may set forth both informal and formal resolution processes for disputes “arising with respect to the performance or interpretation of this Agreement.” The informal process may first require an exhaustion of the processes set forth in the MCO’s Provider Manual. The Provider Manual may establish a provider complaint process that “allows for a provider to dispute the policies, procedures, or any aspect of the administrative function”… of the MCO. In our example, if the dispute remains unresolved after 60 days, either the supplier or the MCO may submit the matter to arbitration. 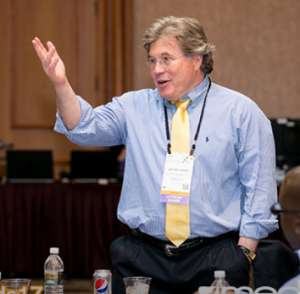 In a contract between an MCO and the state Medicaid program (“State Contract”), “marketing” may be defined to mean “any written or oral communication from [MCO] or its representative that can reasonably be interpreted as intended to influence a Participant to enroll, not to enroll, or to disenroll from a health care delivery system.” Even though the definition set out in the preceding sentence does not specifically apply to actions by suppliers, the definition may be construed to be applicable to the definition of “marketing” set out in the Provider Agreement. As such, there is a risk that a communication by a supplier notifying patients that the supplier has terminated its contract with the MCO, and providing patients with a list of MCOs with which the supplier remains in network may be viewed as a marketing activity … as it may influence the recipient to enroll with a particular plan.

Separate and apart from the supplier’s contractual obligations, guidance regarding communications with patients will likely be set out in the Medicaid program’s Managed Care Manual for Medicaid Providers (“Manual”). The Manual may set out a process for suppliers to “educate” their patients about their choices between the different MCO plans. For example, the Manual may state that “[I]f a Provider chooses to educate [its] patient … [the Provider and its staff] must ensure that the patient is aware of all plan choices and use materials approved by the Department for this education.” It is not uncommon for the state Medicaid program to publish a flyer/template for suppliers to utilize when communicating with their patients. The template may require the supplier to identify all health plans with which it is contracted and also direct the patient to the Medicaid program’s Participant Enrollment Services in order to learn more about MCO plan choice.

The Manual may prohibit the supplier from contacting patients by telephone to (i) inform them that the supplier has terminated its agreement with ABC MCO and (ii) suggest that the patient switch out of the ABC MCO plan. For example, the Health Plan Outreach Guidelines in a state may prohibit “face-to-face outreach by the Health Plan directed at participants or potential enrollees, including direct or indirect door-to-door contact, telephone contact, or other cold-call activities …” While the above language applies to telephone calls by the MCO, the state Medicaid program may apply the restrictions to suppliers.

Assume that a supplier terminates its contact with ABC MCO and desires to direct its patients to XYZ MCO. Assume that the supplier desires to run ads that inform patients of the termination and the desire by the supplier that the patients switch MCO plans. The supplier needs to carefully word such an ad. The ad cannot be misleading. For example, if the ad says that ABC MCO is reducing patient choice, then such a statement may be misleading. ABC MCO might argue that the supplier can remain in network with ABC MCO so long as the supplier is willing to accept the lower reimbursement. In addition, the supplier may be required to obtain approval of the ad by the state Medicaid program and ABC MCO. The Manual may require the supplier to use materials (intended to educate patients) that have received the prior approval by the state Medicaid program. Lastly, it is important that the ad not be looked at as “tortious interference” with ABC MCO’s business.

A properly-worded ad might say something like the following: “You have a choice in your Medicaid Managed Care plan. If you have respiratory problems, diabetes, or use oxygen, please make sure that your provider of choice for medical equipment and supplies is in-network with the Medicaid Managed Care plan you choose.” By broadly stating facts not specifically identifying ABC MCO, this language should eliminate the risk of ABC MCO objecting to the ad on the grounds that it is misleading or defamatory. In addition, as the ad does not specifically identify ABC MCO and is not specifically targeted to ABC MCO members, it significantly reduces the risk of a tortious interference claim. Preferably, the ad will be placed by the state DME association and not the supplier. In doing so, it will be difficult for ABC MCO to assert a breach of contract because the contractual restrictions are between ABC MCO and the supplier…not between ABC MCO and the DME association.

Assume that DEF Supplier will terminate its contract with ABC MCO because DEF cannot accept ABC MCO’s reimbursement cuts.  A properly worded letter from DEF to its ABC MCO patients might say something like the following:

Aggressively Moving Into the Retail Market

A DME supplier can no longer survive while being dependent on Medicare fee-for-service. With competitive bidding, stringent documentation requirements, lower reimbursement, post-payment audits, and the fact that Medicare is tightening its purse strings, Medicare fee-for-service should only be a component of the supplier’s total income stream. There are 78 million Baby Boomers (people born between 1946 and 1964); they are retiring at the rate of 10,000 per day. Boomers are accustomed to paying for things out-of-pocket. And most Boomers want the “Cadillac” product – not the “Cavalier” product – so they can have an active lifestyle well into their 80s. The successful DME supplier will be focused on selling upgrades, utilizing ABNs, and selling “Cadillac” items for cash. These retail sales may take place in a store setting, through a kiosk, or over the internet. Even when Medicare is not the payor, there are a number of requirements that the DME supplier must meet. This program will discuss the federal and state requirements that the DME supplier must meet as it sells DME at retail. These requirements include (i) required notification to a Medicare beneficiary even though the supplier does not have a PTAN; (ii) selling Medicare-covered items at a discount off the Medicare allowable; (iii) state licensure; (iv) collection and payment of sales and/or use tax; (v) qualification as a “foreign” corporation; (vi) obtaining a physician prescription; and (vii) complying with federal and state telemarketing rules.

Pam F. Colbert, JD, is an attorney with the Health Care Group at Brown & Fortunato, PC, a law firm based in Amarillo, Tex. She represents pharmacies, HME companies, and other health care providers throughout the United States. Ms. Colbert can be reached at (806) 345-6378 or pcolbert@bf-law.com.

ATLANTA - At Medtrade East we're in a new (and closer) building with a tweaked conference schedule, a different expo hall schedule, and a more-the-merrier Ask The Experts.