AMARILLO, TX – A common question asked by DME suppliers is whether they can subsidize a physician’s expenses. Examples include:

To answer these questions, we need to look at federal and state anti-fraud laws. 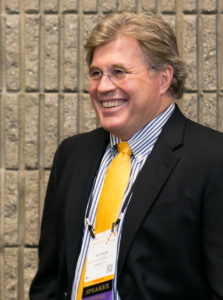 The federal anti-kickback statute (“AKS”) prohibits a supplier from giving “anything of value” to a physician in exchange for the physician (i) referring federal health care program (“FHP”) patients to the supplier, (ii) arranging for the referral of FHP patients to the supplier, or (iii) recommending the purchase of a service or product from the supplier that is covered by an FHP. The term “anything of value” is quite broad and includes (i) payment of money, (ii) payment of expenses, and (iii) providing gifts.

This dollar amount is adjusted each year based on the Consumer Price Index.

Second Question: The second question is this: “May a DME supplier purchase iPads for the physician’s employees to use in the course and scope of their employment by the physician?” In July 1997, the OIG published a letter from the Chief of its Industry Guidance Branch addressing the question of “whether the provision of free fax machines, free computers and free fax lines by a supplier of transtelephonic monitoring services to physicians who refer patients to such supplier implicates the Medicare and Medicaid anti-kickback statute.” In its letter, the OIG cited to commentary included in a final rule issued by the OIG in 1991, which promulgated safe harbors to the anti-kickback statute. In that commentary, the OIG contrasts situations in which (1) a computer is given to a physician that can only be used to print results of lab tests, and (2) a computer is given to a physician that the physician is free to use for a variety of purposes. With regard to the first situation, the OIG highlighted “that the computer has no independent value apart from the service being provided and that the purpose of the free computer is not to induce an act prohibited by the [anti-kickback] statute …” With regard to the second situation, the OIG highlighted that “the computer has a definite value to the physician, and, depending on the circumstances, may well constitute an illegal inducement.”

The letter goes on to state that the OIG is aware of arrangements in which free technology and equipment is provided “with a condition that such equipment is only to be used in connection with [the supplier’s] service. However, in determining whether a free or ‘loaner’ computer or fax machine constitutes illegal remuneration, the substance – – not the form – – of the transaction controls and any reasonably foreseeable ‘misuse’ of the equipment implicates the entity providing the equipment as well as the user.” In evaluating any arrangement in which free technology is given to a referral source, the OIG looks at the following factors in determining whether the arrangement might violate the anti-kickback statute:

Based on the OIG’s guidance, the preferred way for a supplier to reduce the kickback risk associated with the provision of a free iPad is to limit the functionality of the iPad so that it can only be utilized in conjunction with the supplier’s services. In other words, if the supplier furnishes an iPad in order to enable the recipient to submit orders and documentation, that is all the recipient should be able to do with the iPad. The recipient should not be able to access personal email accounts, surf espn.com, change a Facebook status, etc.

If, on the other hand, it is not possible to limit the functionality of an iPad, then each of the factors listed above should be used to develop ways to reduce the risk associated with the iPad. The following thoughts and comments related to a few of the factors should provide some assistance:

Aggressively Moving Into the Retail Market

A DME supplier can no longer survive while being dependent on Medicare fee-for-service. With competitive bidding, stringent documentation requirements, lower reimbursement, post-payment audits, and the fact that Medicare is tightening its purse strings, Medicare fee-for-service should only be a component of the supplier’s total income stream. There are 78 million Baby Boomers (people born between 1946 and 1964); they are retiring at the rate of 10,000 per day. Boomers are accustomed to paying for things out-of-pocket. And most Boomers want the “Cadillac” product – not the “Cavalier” product – so they can have an active lifestyle well into their 80s. The successful DME supplier will be focused on selling upgrades, utilizing ABNs, and selling “Cadillac” items for cash. These retail sales may take place in a store setting, through a kiosk, or over the internet. Even when Medicare is not the payor, there are a number of requirements that the DME supplier must meet. This program will discuss the federal and state requirements that the DME supplier must meet as it sells DME at retail. These requirements include (i) required notification to a Medicare beneficiary even though the supplier does not have a PTAN; (ii) selling Medicare-covered items at a discount off the Medicare allowable; (iii) state licensure; (iv) collection and payment of sales and/or use tax; (v) qualification as a “foreign” corporation; (vi) obtaining a physician prescription; and (vii) complying with federal and state telemarketing rules.