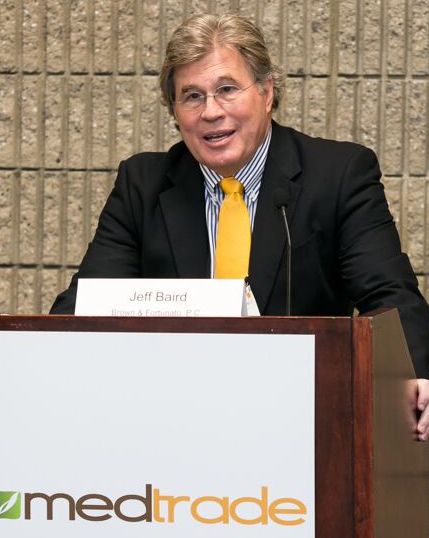 ABC and XYZ can enter into a Subcontract Agreement in which ABC pays XYZ for its delivery, set-up, and patient education services. The compensation needs to be fair market value (“FMV”). The safest way for ABC to pay XYZ is for (i) the compensation to be fixed one year in advance (e.g., $60,000 over the next 12 months) or (ii) the compensation to be on an hourly basis. There should not be a formal or informal cross-referral arrangement between the two companies.

It is important that XYZ ensure patient choice. The patient may choose ABC because of the convenience, but the freedom of the patient to choose another supplier should be evident to the patient. Other important issues are:

Joint Venture Between ABC and a Hospital
Assume that “St. Catherine’s” Hospital and ABC desire to set up and own “St. Catherine’s Medical Equipment, Inc.” (“SCME”). Assume that ownership will be 50-50, although the ownership percentages can be whatever the parties agree on.

Ideally, the joint venture (“JV”) will comply with the Small Investment Interest safe harbor to the federal AKS. However, because of the two 60-40 tests set out in the safe harbor, the parties will likely not be able to meet the safe harbor. Therefore, the JV will need to comply with the (i) OIG’s 1989 Special Fraud Alert (entitled “Joint Ventures”) and (ii) OIG’s April 2003 Special Advisory Bulletin (entitled “Contractual Joint Ventures”). Essentially, these two OIG guidances say that the JV cannot be a “sweetheart deal” for St. Catherine’s. Because St. Catherine’s will be referring patients to SCME, if the JV is a “sweetheart deal” for St. Catherine’s, the federal AKS is violated. For example, if the initial capitalization for the JV is $200,000, at the outset each party needs to invest $100,000. St. Catherine’s will be entitled to 50% of the profits of SCME regardless of how many or how few referrals that St. Catherine’s makes to SCME.

St. Catherine’s cannot be expected to make any referrals to SCME. Of course, if St. Catherine’s wants to refer to SCME, St. Catherine’s can do so. ABC is the “DME expert.” However, ABC cannot manage SCME on a turnkey basis. SCME must have a certain level of operational responsibilities and financial risk. ABC can provide some services to SCME, but SCME must pay FMV compensation to ABC for the services.