ATLANTA – This year’s Medtrade concluded with Kevin Gaffney, group show director, cranking the handle of a golden tumbler filled with entry cards in the show’s second $5,000 giveaway. The closing reception and cash giveaway injected a shot of energy to the final day at last year’s show, and it made a return at Medtrade 2018.

With title sponsor WellSky, presenting sponsor PPM Fulfillment, and additional support from the American Association for Homecare, the closing reception was designed to encourage providers to stick around for some additional networking, plus a chance to win some cash.

“To qualify for the $5,000, attendees received game cards that had to be stamped by five different exhibitors: WellSky; AAHomecare; CareCredit; EVENup; and PPM Fulfillment,” said Kevin Gaffney, group show director, Medtrade. “Attendees [not exhibitors] then dropped their cards into a bin by 4:40 p.m. on Wednesday, the final day, and we pulled the winner a few minutes after that. Will the giveaway return in 2019? Maybe.”

David Ranft (pictured in middle), of Derby Industries, South Bend, Ind., got his name called and took home the $5,000 check. “I never win anything,” said Ranft. “I guess I can’t say that anymore.” 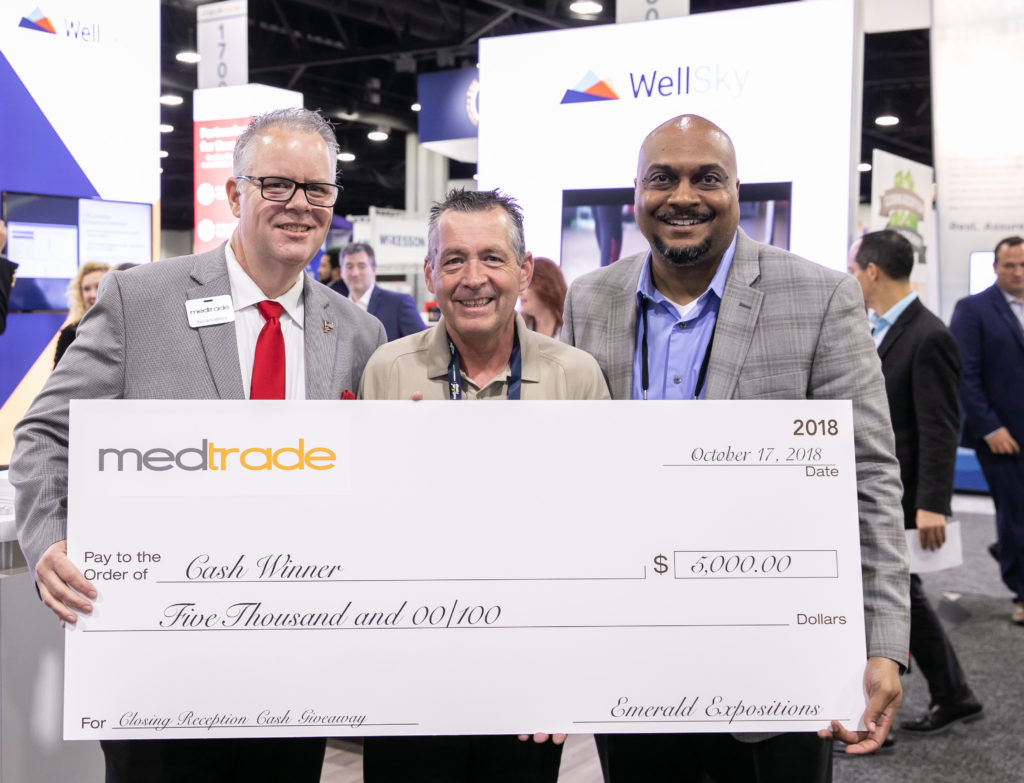