Recognizing and Avoiding Fraud Landmines (Part I of Five)

Recognizing and Avoiding Fraud Landmines (Part I of Five) 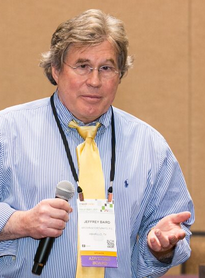 Beneficiary Inducement Statute – This statute imposes civil monetary penalties upon a person or entity that offers or gives remuneration to any Medicare/Medicaid beneficiary that the offeror knows or should know is likely to influence the recipient to order an item for which payment may be made under a federal health care program. This statute does not prohibit the giving of incentives that are of “nominal value” (nor more than $15 per item or $75 in the aggregate to any one beneficiary on an annual basis).

Stark Physician Self-Referral Statute – This statute states that if a physician (or an immediate family member) has a financial relationship with an entity providing designated health services (“DHS”), then the physician may not refer patients to the entity unless a Stark exception applies. DHS includes DME. A “financial relationship” includes ownership (i.e., the physician has an ownership interest in the DME supplier) and compensation (i.e., the DME supplier provides “something of value” – such as payments or gifts or subsidization of expenses – to the physician). 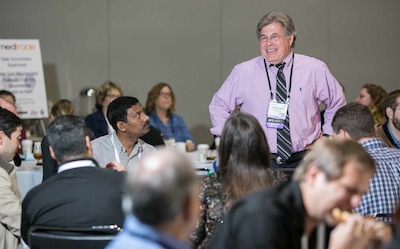 Space Rental – “Remuneration” under the AKS does not include a lessee’s payment to a lessor as long as a number of standards are met, including the following: (i) the lease agreement must be in writing and signed by the parties; (ii) the lease must specify the premises covered by the lease; (iii) if the lease gives the lessee periodic access to the premises, then it must specify exactly the schedule, the intervals, the precise length, and the exact rent for each interval; (iv) the term must be for not less than one year; and (v) the aggregate rental charge must be set in advance, be consistent with fair market value, and must not take into account business generated between the lessor and the lessee.

Equipment Rental – “Remuneration” under the AKS does not include any payment by a lessee of equipment to the lessor of equipment as long as a number of standards are met, including the following: (i) the lease agreement must be in writing and signed by the parties; (ii) the lease must specify the equipment; (iii) for equipment to be leased over periods of time, the lease must specify exactly the scheduled intervals, their precise length, and exact rent for each interval; (iv) the term of the lease must be for not less than one year; and (v) the rent must be set in advance, be consistent with fair market value, and must not take into account any business generated between the lessor and lessee.

Personal Services and Management Contracts – “Remuneration” under the AKS does not include any payment made to an independent contractor as long as a number of standards are met, including the following: (i) the agreement must be in writing and signed by the parties; (ii) the agreement must specify the services to be provided; (iii) if the agreement provides for services on a sporadic or part-time basis, then it must specify exactly the scheduled intervals, their precise length and the exact charge for each interval; (iv) the term of the agreement must be for not less than one year; (v) the compensation must be set in advance, be consistent with fair market value, and must not take into account any business generated between the parties; and (vi) the services performed must not involve a business arrangement that violates any state or federal law.

Employees – Remuneration does not include any amount paid by an employer to an employee, who has a bona fide employment relationship with the employer, for employment in the furnishing of any item or service for which payment may be made, in whole or in part, under Medicare or under a state health care program.

From time to time, the OIG publishes Special Fraud Alerts and Special Advisory Bulletins that discuss business arrangements that the OIG believes may be abusive, and educate health care providers concerning fraudulent and/or abusive practices that the OIG has observed and is observing in the industry. A number of the Fraud Alerts and Advisory Bulletins are specific to a particular group of providers: physicians, hospitals, ambulance companies, home health agencies…and DME suppliers.

All states have enacted statutes prohibiting kickbacks, fee splitting, patient brokering and self-referrals. Some state anti-kickback statutes only apply when the payer is a government health care program (e.g., the state Medicaid program), while other state anti-kickback statutes apply regardless of the identity of the payer (e.g. they apply even if the payer is a commercial insurer or a cash-paying patient). Many states have physician self-referral statutes that are similar to Stark. All states have statutes that are specific to physicians; these physician-specific statutes may include prohibitions against kickbacks and self-referrals.