AMARILLO, TX – At the end of the day, DME suppliers want to avoid litigation. In a lawsuit, the only parties that really win are the attorneys. Nevertheless, sometimes “life happens” and a DME supplier might find itself embroiled in litigation. When this occurs, the supplier will likely receive a subpoena commanding it to provide information, typically in the form of the production of documents or electronic data, to a third party. This third party may be a governmental or quasi-governmental agency. Other times, subpoenas are served by private litigants in a civil lawsuit.

Regardless of the source, a DME supplier that has been correctly served with a valid subpoena usually must act. Note that the supplier needs to “act,” not necessarily to “respond,” and certainly not necessarily to produce all the documents that are being requested.

This article will give a brief overview of the issues that a DME supplier must consider when it receives a subpoena that appears to command it to provide information to a third party. This article is only a brief overview and is not legal advice on how to respond to a subpoena. Suppliers should always consult with an attorney before responding to a subpoena, whether or not the supplier intends to produce the documents being requested. 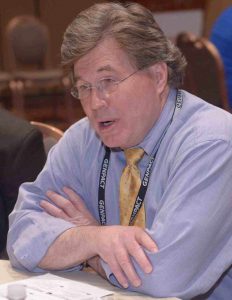 A subpoena carries with it the force of law, meaning that failure to timely and properly respond to a validly issued subpoena can subject the recipient to punishment by a court of law. This punishment can include civil penalties, fines, and, in the most egregious situations, imprisonment.

Because of the potential for punishment for failing to respond, a DME supplier will need to comply with a validly issued and served subpoena. The first question, then, is whether the subpoena is valid.

Was the subpoena served correctly?
The next question is whether the subpoena was properly served. Most often this issue arises when the subpoena is directed to a business entity, as individuals almost always must be personally served. The rules of service on an entity vary by state, and federal subpoenas likewise have different rules. Typically, service can be accomplished by serving a company’s registered agent or by serving certain officers of the company. However, a company should always consult with its attorney and ensure that a subpoena was validly issued before responding.

Was the subpoena issued from a different state?
Many DME suppliers provide services or products in multiple states; as a result, the suppliers may forget that state lines do matter in legal proceedings. This is especially true with subpoenas. A DME supplier is not necessarily subject to the laws and legal commands of a court, attorney, or governmental agency in a different state. Typically, the supplier will need to analyze its relationship to the state from which the subpoena originates in order to determine whether or not the supplier is required to respond. Typically, the more involvement a DME supplier has with a state, the more likely it is that the supplier must respond to a subpoena from that state.

If a DME supplier does not have ties to a state, it can still be compelled to respond to a subpoena that originates in that state. Each state has a procedure that can be followed that “localizes” a foreign subpoena. For example, if a Colorado attorney seeks records from a Texas company with no ties to Colorado, the Colorado attorney can take steps to have a valid Texas subpoena issued to compel the Texas company to comply with the subpoena. This is a state-specific procedure, and so the DME supplier must ensure that the subpoena is valid in the original state and that the localized subpoena is also valid.

Are there HIPAA issues with the requested documents?
Assuming that a subpoena was validly issued and validly served, a DME supplier served with the subpoena has the ability to object to and seek protection from the subpoena. There are a number of different reasons why a supplier may seek to avoid complying with a subpoena. One of the most common relates to the disclosure of protected health information (“PHI”). HIPAA and related state laws and regulations provide significant protections for patients’ PHI. If a subpoena seeks information or documents that will include a person’s PHI, the supplier served with the subpoena must comply with HIPAA and similar state laws.

This may require the subpoena recipient to redact PHI. The recipient may need to obtain adequate assurances that a protective order has been or will be obtained to protect PHI. The recipient may need to notify the affected individual or individuals. This is a complicated and fact-specific issue that must be analyzed on a case-by-case basis. It is imperative that these laws and regulations be followed, as the failure to do so can subject the recipient to legal penalties.

Even if the recipient cannot avoid producing the documents, often it can still obtain a protective order from a court that limits who can seek the information, how the information must be kept, and what must be done with the information at the end of the legal proceeding.

Conclusion
Responding to subpoenas requires careful, timely analysis of multiple issues. The receipt of a subpoena should always be taken seriously and should always involve legal counsel to help inform the DME supplier of its rights. The supplier should engage its counsel early and actively work with him or her to ensure a complete response that considers all of the supplier’s legal rights.

1:30-2:30 p.m. CENTRAL TIME
In the past, DME suppliers primarily billed traditional Medicare and Medicaid. This is changing. With the expansion of Medicare and Medicaid managed care, suppliers are now increasingly billing commercial insurers. Unfortunately, a number of suppliers have the mistaken impression that they do not have to remit sales tax. Failure to remit sales tax, even when the supplier is unable to collect the sales tax from the patient or insurer, can have serious consequences for the supplier. Each state has the authority to determine its sales tax requirements. While there are similarities across states, there are also differences. For example, a particular product may be subject to sales tax in State A, but not in State B. This program will present an overview of state sales tax laws and will then focus on the laws of five of the larger states. The program will discuss the sources that DME suppliers can go to in order to determine if a product is subject to sales tax in a particular state. The program will also discuss the steps that a DME supplier can take if it and a state enforcement agency disagree on whether a product is subject to sales tax.