AMARILLO, TX – It makes good business sense for DME suppliers to develop relationships with referring physicians. It is not uncommon for a DME supplier to desire to sponsor a physician to speak at an educational event. It is also not uncommon for a physician to ask a supplier to help defray the expenses for the physician to attend a conference. If certain conditions are met, the first scenario is acceptable. However, the second scenario is never acceptable. This article will analyze both scenarios and will explain why one scenario is acceptable…while the other is not. 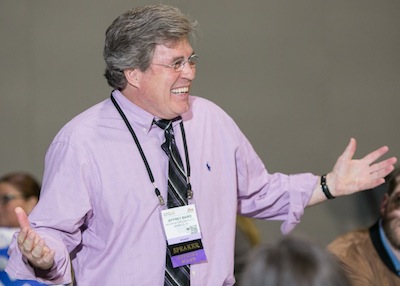 Analysis of Scenario #1
Dr. Smith refers FHCP patients to ABC. If ABC compensates Dr. Smith, then the transaction creates a financial relationship between Dr. Smith and ABC. As such, the arrangement implicates the federal physician self-referral statute (“Stark”) unless an exception is met.

ABC would like to reimburse Dr. Smith for his expenses in attending the Palm Springs conference. The Stark non-monetary compensation exception (“NMCE”) allows ABC to spend a certain amount of money each year on Dr. Smith. For 2021, that amount is $429. The NMCE only applies to compensation paid to a physician in the form of items or services, not cash or cash equivalents. Further, Dr. Smith reached out to ABC to request the compensation. The NMCE does not apply if the physician solicits an entity for the compensation. Accordingly, the arrangement does not fall within the NMCE.

This scenario also would likely not meet the Stark personal services and/or fair market value exceptions. Both of these exceptions require the physician to provide a service to the entity. Dr. Smith’s attendance at the Palm Springs conference does not constitute a “service” for ABC.

Dr. Smith refers FHCP patients to ABC, and if ABC agrees to cover some of Dr. Smith’s expenses to attend the Palm Springs conference, then Dr. Smith is receiving renumeration … thereby implicating the federal anti-kickback statute (“AKS”). To avoid problems under the AKS, the arrangement would need to meet an AKS safe harbor. The applicable safe harbor is the Personal Services and Management Contracts (“PSMC”) safe harbor. Among other requirements, the physician must provide substantive services to the provider. Because Dr. Smith is not providing a service to ABC, the PSMC safe harbor is not met.

Analysis of Scenario #2
Like the first scenario, Dr. Jones refers FHCP patients to ABC and a financial relationship will form if ABC compensates Dr. Jones. As such, the arrangement implicates Stark unless an exception is met. Unlike the first arrangement, Dr. Jones is providing ABC a service by speaking at an ABC sponsored meeting attended by ABC’s employees. The purpose of his presentation is to educate and train the ABC employees on clinical and related issues.

Since Dr. Jones is providing ABC a service, the arrangement can be structured to fall under the Stark personal services exception. The written agreement must include: (i) a detailed description of Dr. Jones’s presentation, how it will be given, and the intended audience; (ii) a set compensation amount that is fair market value; and (iii) an agreement term for not less than one year.  The Stark personal services exception also requires that the service be reasonable and necessary for the legitimate business purposes of the arrangement.

ABC’s arrangement may also fall within the FMV exception. It is reasonable to assume that Dr. Jones’s presentation will be commercially reasonable and furthers a legitimate business purpose.

The arrangement can be structured to comply with (or substantially comply with) the PSMC safe harbor. This is so long as the arrangement is put in writing and the agreement includes the safe harbor’s requirements. To reduce the risk of an enforcement action, ABC should include significant detail on the amount of time Dr. Jones will be paid to prepare and give his presentation. For example, the agreement can require Dr. Jones to submit his presentation for approval by ABC prior to the Aspen meeting. The agreement should also limit Dr. Jones’s expenses to reasonable amounts and require Dr. Jones to submit an invoice of his time and expenses to ABC. This will allow ABC to review Dr. Jones’s expenses and ensure that his costs are reasonable and within the compensation amount set forth in the agreement. Only after ABC’s review and approval of the invoice should ABC compensate Dr. Jones.

(Speak with your McKesson Rep for a Discount Code)

Perils of the “Gray Market”: Reselling to Providers and Second Tier Wholesalers

By diverting products from the normal distribution channel into the gray market, DME suppliers are opening themselves up to liability from different sources. The manufacturer/wholesaler can (i) terminate its relationship with the supplier and/or (ii) sue the supplier for breach of contract and possibly under a tort theory such as fraud in the inducement. In addition, there have been a number of federal criminal cases brought against DME suppliers and pharmacies that have diverted products into the gray market.

Jeffrey S. Baird, JD, is chairman of the Health Care Group at Brown & Fortunato, a law firm with a national health care practice based in Texas. He represents pharmacies, infusion companies, HME companies, manufacturers, and other health care providers throughout the United States.  Mr. Baird is Board Certified in Health Law by the Texas Board of Legal Specialization and can be reached at (806) 345-6320 or jbaird@bf-law.com.