The federal anti-kickback statute makes it a felony to knowingly and willfully offer, pay, solicit, or receive any remuneration to induce a person to refer an individual for the furnishing or arranging for the furnishing of any federal health care program (“FHCP”) – covered item or service, or to induce such person to purchase or lease or recommend the purchase or lease of any FHCP – covered item or service. 42 U.S.C. § 1320a-7b(b). Many courts have adopted the “one purpose test,” which states that if one purpose of a payment is to induce referrals, the anti-kickback statute is violated, notwithstanding that (i) the primary purpose for the payment is to compensate for legitimate, substantive services, and (ii) the compensation is fair market value.

The Office of Inspector General (the “OIG”) has adopted safe harbors that provide immunity for arrangements that satisfy certain requirements. The employee safe harbor permits an employer to pay an employee in whatever manner the employer chooses in exchange for the employee assisting in the solicitation of federal health care program business, as long as there is a bona fide employer-employee relationship. 42 C.F.R. § 1001.952(i). The only way that an independent contractor can be paid for marketing or promoting Medicare-covered items or services is if the arrangement complies with the Personal Services and Management Contracts safe harbor. This safe harbor permits payments to referral sources as long as a number of requirements are met. Two of the requirements are that (i) payments must be pursuant to a written agreement with a term of at least one year, and (ii) the aggregate compensation paid to the independent contractor must be set in advance (e.g., $24,000 over the next 12 months), be consistent with fair market value, and not be determined in a manner that takes into account the volume or value of any referrals or business generated between the parties. 42 C.F.R. § 1001.952(d). Because the aggregate compensation is not set in advance, percentage-based compensation arrangements do not qualify for protection under the Personal Services and Management Contracts safe harbor.

Sales agents are in the business of recommending or arranging for the purchase of the items or services they offer for sale on behalf of their principals, typically manufacturers, or other sellers (collectively, “Sellers”). Accordingly, any compensation arrangement between a Seller and an independent sales agent for the purpose of selling health care items or services that are directly or indirectly reimbursable by a Federal health care program potentially implicates the anti-kickback statute, irrespective of the methodology used to compensate the agent.  Moreover, because such agents are independent contractors, they are less accountable to the Seller than an employee. For these reasons, this Office has a longstanding concern with independent sales agency arrangements.

Further, in its response to comments submitted when the safe harbor regulations were originally proposed, the OIG stated:

[M]any commentators suggested that we broaden the [employee safe harbor] to apply to independent contractors paid on a commission basis. We have declined to adopt this approach because we are aware of many examples of abusive practices by sales personnel who are paid as independent contractors and who are not under appropriate supervision. We believe that if individuals and entities desire to pay a salesperson on the basis of the amount of business they generate, then to be exempt from civil or criminal prosecution, they should make these salespersons employees where they can and should exert appropriate supervision for the individual’s acts.

A number of courts have held that marketing agreements are illegal under the anti-kickback statute and are, therefore, unenforceable. See Med. Dev. Network, Inc. v. Prof’l Respiratory Care/Home Med. Equip. Servs., Inc., 673 So. 2d 565 (Fla. Dist. Ct. App. 1996); Nursing Home Consultants, Inc. v. Quantum Health Services, Inc., 926 F. Supp. 835 (E.D. Ark. 1996), aff’d per curiam, 112 F.3d 513 (8th Cir. 1997); Zimmer, Inc. v. Nu Tech Med., Inc., 54 F. Supp. 2d 850 (N.D. Ind. 1999). For example, Medical Development Network involved an agreement wherein a durable medical equipment (“DME”) supplier agreed to pay an independent contractor marketing company (the “Marketer”) a percentage of the DME supplier’s sales in exchange for marketing its products to physicians, nursing homes, and others. When the DME supplier breached the contract, the Marketer sued, and the DME supplier defended on the ground that the agreement was illegal under the anti-kickback statute. A Florida appeals court agreed and affirmed the trial court’s ruling, holding that the agreement was illegal and unenforceable because the Marketer’s receipt of a percentage of the sales it generates for the DME supplier violated the federal anti-kickback statute.

Additionally, the OIG has taken the position that even when an arrangement will only focus on commercial patients and “carve out” FHCP beneficiaries, the arrangement will still likely violate the anti-kickback statute. In Advisory Opinion No. 06-02, the OIG explained as follows:

The “carve out” of Federal business is not dispositive, however, on the question of whether the proposed program potentially violates the anti-kickback statute. The OIG has a long-standing concern about arrangements pursuant to which parties “carve out” referrals of Federal health care beneficiaries or business generated by Federal health care programs from otherwise questionable financial arrangements. Such arrangements may violate the anti-kickback statute by disguising remuneration for Federal referrals through the payment of amounts purportedly related to non-Federal business. 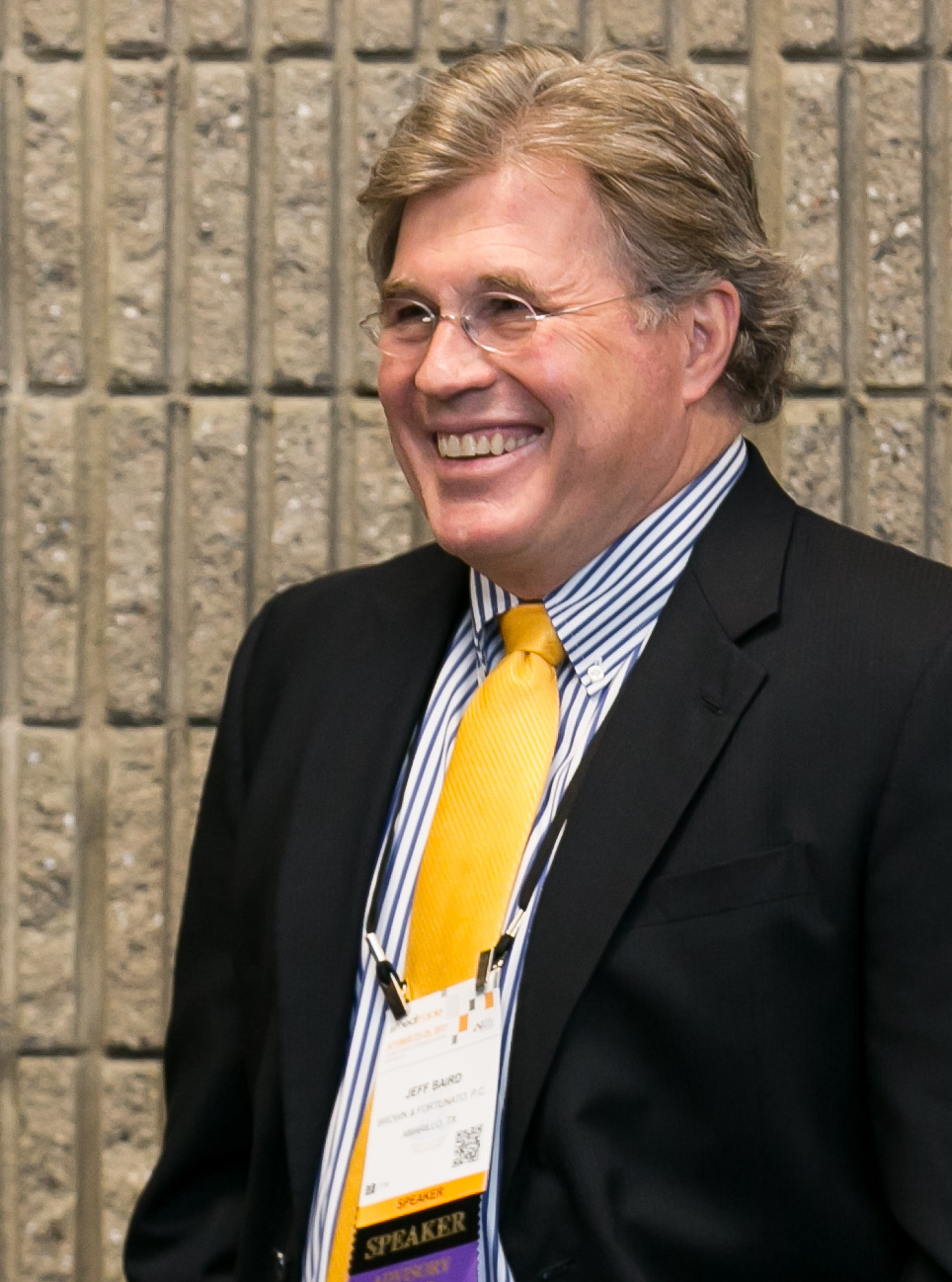 Two recent cases in the pharmacy space exemplify the risks of paying commissions to 1099 independent contractor marketing reps. In the first case, Monty Grow (a former NFL player) was recently convicted by a Florida federal jury of receiving kickbacks to steer patients to a compounding pharmacy that, in turn, billed TRICARE for compounded drugs. Mr. Grow was convicted of health care fraud, conspiracy to defraud, receipt and payment of kickbacks, and money laundering. Mr. Grow had been accused by federal prosecutors of an arrangement to recruit and refer patients (covered by TRICARE) to Pompano Beach, FL – based compounding pharmacy, Patient Care America. According to the government, Mr. Grow effected the arrangement through his company, MGTEN Marketing Group, Inc. The evidence at trial showed that: (i) the prescriptions were signed by telemedicine companies using pre-printed prescriptions, (ii) there was no determination of medical need, (iii) the drugs were not, in fact needed and (iv) not only did the pharmacy pay kickbacks to Mr. Grow … but he, in turn, paid kickbacks to the TRICARE beneficiaries. The “money laundering” conviction arose from large dollar purchases that included real estate, automobiles, and securities. In addition, Shane Matthews (also a former NFL player and a University of Florida teammate of Grow), pled guilty to lining up patient recruiters as part of the arrangement and was sentenced to three months in prison.

In the second case, Steven M. Butcher, a former pharmaceutical sales rep, recently pled guilty to one count of health care fraud and one count of violation of the federal anti-kickback statute. Mr. Butcher joined three others who previously pled guilty to their roles in the arrangement, which prosecutors said was conducted through MedMax, LLC, a New York compounded medication sales and marketing company that Mr. Butcher allegedly owned and operated. The criminal information filed in the case stated that Mr. Butcher ran the arrangement for about two years and caused more than $45 million in losses to insurers, including TRICARE. According to the prosecutors:

Mr. Butcher’s plea agreement requires him to (i) forfeit more than $4.5 million, roughly what prosecutors said Mr. Butcher earned through the arrangement and (ii) pay restitution of at least $45 million.

Granted, these two cases (i) involve a lot of money and (ii) contain facts that are appalling. Nevertheless, broken down to their simplest components, a key fact in each case is that a marketing company (1099 independent contractor) is generating FHCP patients for a provider and is, in return, receiving commissions for such patients. Here are the “take aways” from all of this:

2018 Look Ahead for DME Suppliers

2018 is the eighth year in a row Andrea Stark, Jeff Baird, and moderator Liz Beaulieu have teamed up for the annual outlook event to blueprint the legal and DME reimbursement challenges facing DME suppliers. And while most sequels seem to lose steam, Look Ahead continues to deliver a well-rounded, usable strategy that connects with attendees. A few of the hot topics for this year include:

Register for 2018 Look Ahead for DME Suppliers.