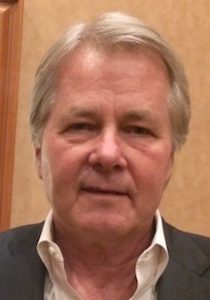 In a previous meeting, the CMS team had requested that we increase the number of beneficiary and case manager/discharge planner respondents to improve the statistical validity of the survey, and they were impressed and appreciative that we returned with input from well over 200 respondents in both of those categories for Friday’s meeting.

AAHomecare officials believe results from the survey will make a strong impression on CMS staff as they consider public policy related to the bidding program and other related issues.  When the survey report is finalized, we will also use it on Capitol Hill in support of both near- and long-term improvements for Medicare reimbursement policy.

The terrific support from AAHomecare members and other stakeholders throughout the HME community in publicizing the survey to patients and case managers has played a major role in the success of this campaign. AAHomecare officials have had more than 300 case managers/discharge planners from 37 states take part in the survey, and have responses from more than 200 beneficiaries in 38 states. Any extra efforts are appreciated to share the survey and help fill in the blanks for states not represented at all by September 13.

AAHomecare’s Regulatory Council Works with CMS on Emergency & Disaster-Related Policy
WASHINGTON, DC – CMS and AAHomcare are both dedicated to instituting policies that protect beneficiary and supplier communities that have been affected by Hurricane Harvey.  Last week, AAHomecare and several members of the Regulatory Council met with CMS regarding emergency and disaster related policies and procedures. AAHomecare took this opportunity to share what suppliers are experiencing in the areas affected by the hurricane and provided suggestions for CMS’ guidance.

AAHomecare stressed that guidance needs to be issued as soon as possible as suppliers are getting calls and beneficiaries are struggling to get needed equipment, accessories, supplies, and repairs.  In addition, the Association notes that the DMEPOS industry has had a 42% reduction in the number of suppliers throughout the country due to competitive bidding and the roll out of the competitive bidding pricing.

We are at a juncture where there are fewer suppliers available to respond in these disasters, along with reimbursement rates that have proven to not cover suppliers’ costs, as noted in a recent Dobson DaVanzo study. Based on these additional considerations, CMS must review how disaster situations are covered by Medicare to allow dedicated suppliers to be able to assist Medicare beneficiaries in disasters and other emergency situations.