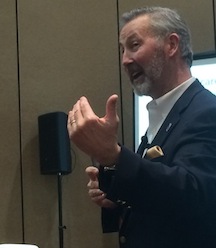 WATERLOO, IA – It was Christmas 1944 in Belgium, and the 101st Airborne Division was outnumbered and outgunned as the German army surrounded the town of Bastogne in the Battle of the Bulge. This was the final push for the German army as a last-ditch effort to claim victory. The German army had the entire division surrounded and demanded that the American paratroopers surrender immediately to which the “Battered Bastards of Bastogne” ever so eloquently responded with “NUTS!”

The Battered Bastards of Bastogne hardly had enough clothes to stay warm in the frigid weather and were extremely outgunned by the powerful German army. The response of the “Bastards” when they faced certain defeat was not to surrender, nor accept defeat. For two weeks the 101st dug their boot heels into the ground and defended the town of Bastogne, for if they were defeated, the German army would have delivered a large blow to the allied forces.

After reinforcements arrived, the German commanders had no choice but to retreat and Bastogne and the allied forces were victorious. The HME industry should take a lesson from the 101st Airborne in the battle against competitive bidding, as many Americans depend on the equipment and services of HME every day.

The competitive bidding program (CBP) has surrounded HME, forcing providers across the country into accepting drastic cuts to the point where providers cannot survive. In January 2016, providers saw a cut in Medicare reimbursement rates of approximately 25 percent overnight. Providers in rural America are being forced to accept reimbursement rates set by densely populated urban areas. And if that cut was not enough, the Centers for Medicare and Medicaid Services (CMS), plans to cut reimbursements on July 1 by an additional 25 percent.

Providers are already having to make extremely difficult decisions, such as whether or not they would be able accept new Medicare patients, purchase new equipment, what staff to keep or even keep their doors open. Between the bid ceiling imposed by CMS that artificially forces reimbursements down with each re-bid or the devastating cuts to rural America, CMS continues to drive the HME industry into the ground at the expense of Medicare patients who depend on this equipment to stay alive. 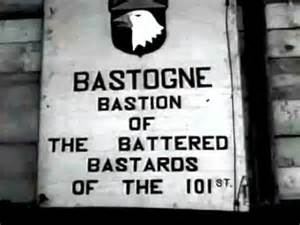 As difficult as this battle against competitive bidding has been, the industry must continue to fight. Legislation has been introduced in the United States Senate that would freeze competitive bidding rates at the current level for 15 months and require CMS to take into account the costs of providing this equipment when determining rates. S. 2736, the Patient Access to Durable Medical Equipment Act of 2016, has been introduced by Sens. John Thune (R-S.D.) and Heidi Heitkamp (D-N.D.). The industry must support this legislation. Additionally, this legislation removes the current bid ceiling limits for future competitive bidding rounds.

Dr. Tom Price (R-Ga.), chairman of the House Budget Committee, is leading the charge to draft legislation in the House to freeze reimbursement rates and offer relief to providers. The industry rally cry must be to urge members of the House, specifically those on the Energy and Commerce committee, to adopt a companion bill to S. 2736. It is imperative that we have a House bill in a timely manner to prevent these July cuts from occurring.

The VGM Group Action Center has made it extremely simple for you to send a message to your members of Congress. By clicking here, you can send a message of support in about one minute and add your voice to the thousands of messages that have been sent through the VGM D.C. Link in the past weeks. We urge you to share the link above with your colleagues, patients and friends to flood the inboxes of your elected officials with the concerns of the HME industry.

The Battered Bastards of Bastogne were facing almost certain defeat once the Germans demanded their surrender, but the 101st Airborne’s response was to defend Bastogne and eventually force the Germans to retreat. With the HME industry facing more crippling reimbursement cuts in July, providers must say “NUTS” to the competitive bidding program! CMS wants you to give up, I ask, what will your response be?