WASHINGTON, DC – According to research AAHomecare had been performing using Medicare data, the number of traditional suppliers of home medical equipment to Medicare beneficiaries has dropped 40.9% since July 2013.

In addition, the number of unique locations (commonly referred to as “rooftops”) serving Medicare beneficiaries has declined by 38.7% during the same period.  This drastic loss of suppliers is impacting Medicare beneficiaries’ access to critical home medical equipment and services, and the situation is sure to become even more dire without more sustainable reimbursement policy for HME. 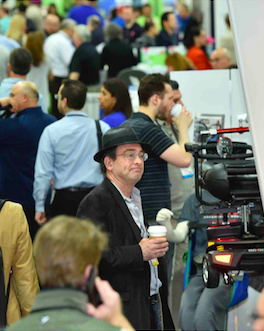 This data paints a stark picture of the effects of the bidding program, which went into widespread effect in July 2013, on the HME infrastructure serving HME beneficiaries across the nation, in both bidding areas as well as rural locations. The losses have seemingly accelerated since the beginning of the application or bidding-derived pricing to non-bid areas in January 2016, with a 26.3% reduction in companies since then, as well as a 23.3% drop in total locations.

In comparison, total Medicare enrollees have increased by 8.6% from 2013 to 2016, according to data from CMS. Details on state by state counts can be found here.  The data is from the Medicare Supplier Directory, and is derived by using counts for companies and locations providing hospital beds, NPWT, support surfaces, wheelchairs & accessories, respiratory products, and oxygen.

AAHomecare plans to highlight this data in our advocacy efforts on Capitol Hill and at CMS, and encourages HME suppliers and other stakeholders to reference both national and state data in your contacts with legislators. See our accompanying Issue Brief on effects of the bidding program on the HME supplier infrastructure for additional perspective.

Note from Medtrade: Non Medicare opportunities will be on display in abundance when the nation’s premiere HME-related show convenes Oct 23-26, 2017, at the Georgia World Congress Center.