AMARILLO, TX – It is my opinion that the DME industry has finally reached “rock bottom” and is now starting its rebound. My opinion is based on several observations.

• The bloodletting from Competitive Bidding (CB), particularly resulting from the roll-out of CB rates to non-CBAs, is pretty much complete.
• For several years, there has been a decline in the number of PTANs issued to DME suppliers. This decline appears to be leveling out. 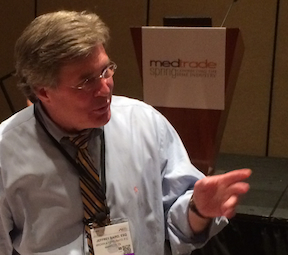 • By and large, the surviving DME suppliers are stable. The CB contract suppliers have figured out how to make money off of this ill-conceived program. The non-CB contract suppliers have recalibrated their business models to operate in the non-CB space.
• DME suppliers are pushing out of their comfort zones in a variety of ways, including: (i) electing to be non-participating and billing nonassigned; (ii) aggressively moving into the retail (cash) space; (iii) providing non-Medicare covered products and services; and (iv) entering into strategic arrangements with hospitals and other referral sources.
• New, young, and educated players are coming into the DME market. These new players are not burdened with the knowledge of “how things used to be.” They see the huge upside: 78 million Baby Boomers retiring at the rate of 10,000 per day.
• And last, but not least, is the fact that Dr. Tom Price, the new HHS Secretary, is a critic of CB and is a proponent of the DME industry. I am cautiously optimistic that under Dr. Price’s leadership, we will see positive changes in how CMS deals with the DME industry.

The psyche of the DME industry has been justifiably “down” for a number of years. It seemed like every time we raised our head we got kicked in the teeth. This “teeth kicking” is coming to an end. Our wounded psyche is healing and we are moving forward. I saw this renewed optimism at Medtrade Spring. The attendees were “all business.” They were there to learn and interact with others. Many of the attendees have little to no idea as to “how things used to be.” In fact, they don’t care “how things used to be.” They are operating in the “here and now” and see the huge upside in serving our aging Boomers.

From my vantage point as an attorney working with many suppliers, I have concluded that we have reached the bottom and are now starting to climb back up.