Formation of a Separate Retail Business

Formation of a Separate Retail Business

AMARILLO, TX – The DME industry, as we know it today, has been around since the mid-70s. The industry was built on a “single payor model:” Medicare was the primary payment source for DME suppliers. This was akin to a “welfare model.” Medicare paid well, Medicare did not conduct audits to speak of, and competitive bidding did not exist. “Back in the day,” it was not terribly difficult to generate a profit. DME suppliers made enough of a “spread” that they were able to give excellent service to their patients. 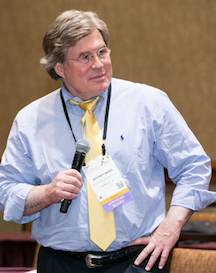 Well…that was then. Now, we have a totally different landscape. Because of the triple-headed monster of aggressive audits, competitive bidding, and low reimbursement, it is difficult for suppliers to generate a profit from billing Medicare and it is equally difficult for suppliers to provide the service that they have provided in the past. Under the heading of “we are not alone,” other health care providers are feeling the same economic pressures. Indeed, if you look at President Trump’s proposed budget, many facets of American life will be squeezed.

And yet, there is one constant: the demand for what the DME industry has to offer will continue to increase. This is driven by the 78 million “Baby Boomers” who are retiring at the rate of 10,000 per day. Boomers expect to live active, independent lives until they die. As such, Boomers need products and services that will help them meet their expectations. This is where the DME industry comes in. Our industry is on the front line of working with Boomers.

There are two other constants:
• The nation’s health care delivery system is continuing to evolve into a two tier system. Those on the upper end of the socio-economic tier will be able to pay cash for a portion of their health care. For example, a number of Boomers will pay for “concierge” physician services. Under this type of arrangement, the primary care physician will have a “closed” practice. He will take only “X” number of patients. The patients can see the physician when they want to and they can easily communicate with the physician by phone and email. In turn, the patients will pay an annual fee to be accepted into the concierge practice. And the patients will pay out-of-pocket for each physician visit. The patients then may be able to get reimbursed by their insurance company. I envision a “concierge” DME service. There will be a number of Boomers (those on the upper end of the socio-economic tier) who are willing to pay cash for products so long as (i) they receive the “Cadillac,” and not the “Cavalier,” and (ii) they receive after-sale services from the DME supplier.
• Boomers are accustomed to (i) paying cash and (ii) purchasing online.

And so this brings us to the heart of this article: setting up a separate retail business. Assume that ABC Medical Equipment, Inc. has a PTAN and is located on Main Street. Assume that John Smith is the sole stockholder of ABC. I am a proponent of Smith setting up a new corporation with its own Tax ID #. I will refer to this new corporation as “ABC Retail Sales, Inc.” Here are my specific suggestions:
• ABC Retail will not have a PTAN.
• ABC Retail will be located on Elm Street. Or it can be located on Main Street next to ABC Medical, with ABC Medical being in Suite A and ABC Retail being in Suite B. The bottom line is that ABC Medical and ABC Retail will be physically separated from each other.
• Each corporation will have its own employees, own bank account, etc. In short, each corporation will be operated as a distinct entity.
• When a customer wants the Cadillac product and services, then he can pay cash for the product at ABC Retail. If a customer wants Medicare to pay for the product, then he can obtain the product from ABC Medical.
• ABC Retail will stock only “Cadillac” products. ABC Medical will stock a variety of products, including “Cavalier” products.
• If a customer walks into ABC Retail and says that he wants Medicare to pay for the product, then ABC Retail can refer the customer to ABC Medical. Conversely, if a customer walks into ABC Medical, does not like the product selection, and is willing to pay cash for a higher end product, then ABC Medical can refer the customer to ABC Retail. Even though the two companies will have the same owner (John Smith), the companies are nevertheless separate legal entities (each with its own Tax ID #). And so the relationship between the two companies needs to be the same as if they were not owned by the same person. Therefore, there can be no money going back and forth between the two companies that is tied to referrals.
• It will be important for ABC Medical and ABC Retail to truly operate as separate legal entities (e.g., no commingling of money). This way, someone suing one of the companies will not be able to “pierce the corporate veil” and sue the other company as well.
• ABC Retail needs to be aware of 42 U.S.C. 1395m(j)(4)(A), which states that if a supplier furnishes DME to a Medicare beneficiary, for which no payment may be made because the supplier does not have a Medicare supplier number, then any expenses incurred for the DME will be the responsibility of the supplier. This means that the ABC Retail customer will have no financial responsibility for the product, and ABC Retail will be required to refund the customer, unless before the product was furnished, (i) the customer was informed that Medicare would not reimburse the customer for the product and (ii) the customer agreed to pay cash knowing that he would not be reimbursed. In order to meet this requirement, when a customer walks into ABC Retail and if the employee suspects that the customer is covered by Medicare, then the employee may want the customer to sign an ABN. Alternatively, ABC Retail may want to make the calculated decision that having suspected Medicare customers sign an ABN will have a “chilling” effect on the retail experience for the customer. Therefore, ABC Retail might decide not to require a suspected Medicare customer to sign an ABN; and then in those few instances when a Medicare customer subsequently complains that he was unaware that Medicare would not reimburse him, ABC Retail will reimburse the customer. From a practical standpoint, this will not occur very often. ABC Retail should also post signs that are conspicuous to the public, that say that ABC Retail is not a Medicare supplier. Now let us assume that ABC Retail desires to sell items for cash over the internet. ABC Retail’s web page should have the following in large bold type appear as soon as the customer clicks on a link to view DME, as well as immediately prior to check-out:

Wednesday, April 12, 2017
2:30-4:00 p.m. EASTERN TIME
On June 23, 2016, CMS published the July Fee Schedule for DME suppliers … and it is ugly. The rates encompass the expansion of competitive bid rates to non-CBAs. The cuts range between 45%-59% on common respiratory products, but reach 82% on TENS units and Enteral IV Poles. The bottom line is that Medicare will pay as little as possible for DME. In response, suppliers need to distance themselves from Medicare fee-for-service. This webinar will discuss ways that the DME supplier can accomplish this. For example, the supplier can elect to be nonparticipating and provide DME on a non-assigned basis. Doing so raises a number of questions. For example: (i) What does it mean to bill non-assigned? (ii) If the supplier bills an item non-assigned, then can the supplier set the price without limitations? (iii) Can a supplier bill a rental item non-assigned? Additionally, the supplier can work with hospitals to reduce the incidences of readmissions of patients soon after discharge; to accomplish this, the supplier and a hospital can jointly own a DME operation … or the supplier and the hospital can enter into a collaborative agreement. And yet another approach the supplier can take is to furnish DME that provides a higher profit and discontinue furnishing DME that is unprofitable.

Waiver or Reduction of Medicare and Commercial Co-Payments: What DME Providers Can and Can’t Do

Presented by: Jeffrey S. Baird, Esq., Brown & Fortunato, P.C.
Thursday, April 20, 2017
1:00 p.m. CENTRAL TIME
When every dollar counts in the DME industry, it is vital that suppliers make every effort to collect copayments and deductibles. In many cases, it is challenging when patients do not have supplemental insurance, and the supplier gets in the habit of routinely waiving co-payments. This is why DME suppliers need to understand that this behavior can result in an investigation from the OIG for potential fraud.

Join Jeffrey S. Baird, Esq., Chairman of the Health Care Group of Brown & Fortunato, P.C., to learn the latest DME requirements regarding co-payments from Medicare beneficiaries and commercial patients, and the steps that the supplier should take before waiving a co-payment.

Please contact Kolby Wegener at Kolby.Wegener@mediware.com if you experience any difficulties registering.

This webinar is FREE for attendees.