Award Winning EVENup is Back at Medtrade

Award Winning EVENup is Back at Medtrade

ATLANTA – Five years ago at Medtrade Spring 2013, EVENup landed the Merit Award for its EVENup product, a shoelift device that corrects differences in leg length due to rehab boots on the opposite foot. 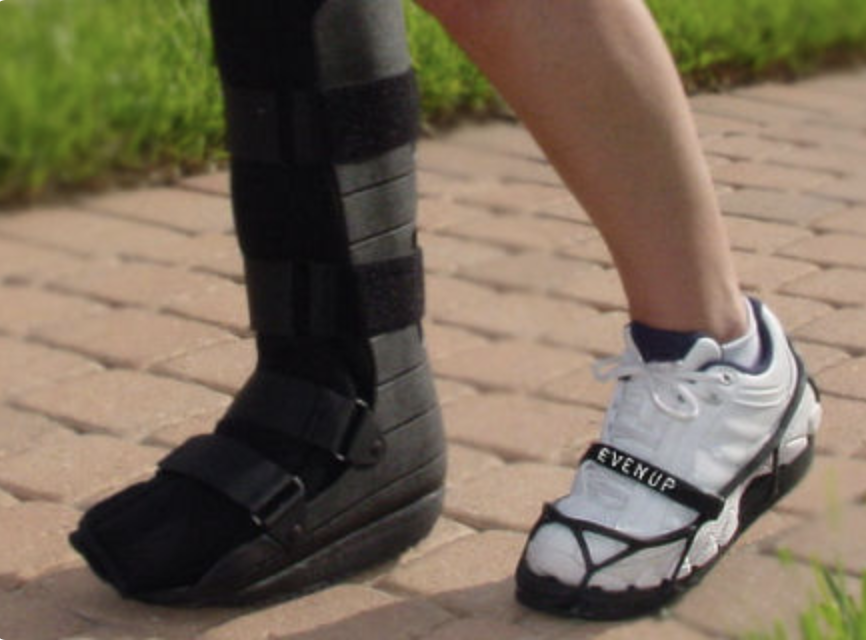 At that time, Tina Cousino, operations manager at Buford, Ga-based Evenup Corp, explained that retailers at Medtrade Spring were impressed with the cost effective and simple solution to a problem that many customers in fracture boots experience while in treatment. “Evenup was invented by a podiatrist after hearing complaints from his patients about back/hip/knee pains caused by walking in these devices,” says Cousino. “With no solutions to offer them, he invented one.”

European manufacturer OPED Medical Inc. purchased EVENup two years ago, and now OPED officials want to build their brand in the United States to complement a large following in Germany and Switzerland. Attendees at Medtrade, scheduled for Oct 15-17, 2018, at the Georgia World Congress Center in Atlanta, should look for Booth #2557, where they will see EVENup and OPED on the sign.

“Another OPED product is the VACOtalus, a figure eight ankle brace that is new and innovative,” adds Cousino. “It has a third strap that other figure eight braces do not offer, and has a lot more stability than other braces. I’ll be bringing this product to Medtrade 2018 in Atlanta.”

The booth will likely be a hot destination, particularly since EVENup officials elected to be one of the exhibitors on the cash giveaway card which must be stamped to qualify for the $5K giveaway. Much like last year that finished with Kevin Gaffney, group show director, cranking the handle of a golden tumbler filled with entry cards, EVENup will join other companies on the “magic card” that could win the show’s second annual $5,000 giveaway.

With title sponsor Mediware Information Systems, presenting sponsor PPM Fulfillment, and additional support from the American Association for Homecare, the closing reception is designed to encourage providers to stick around for some additional networking, plus a chance to win some cash. “We were getting qualified leads an hour before the show floor was scheduled to close, which is unusual,” said Kolby Wegener, MBA, PMC-II, marketing specialist, Mediware Information Systems, at the 2017 Medtrade. “People wanted full-on demos one hour before closing. The cash giveaway helped.” 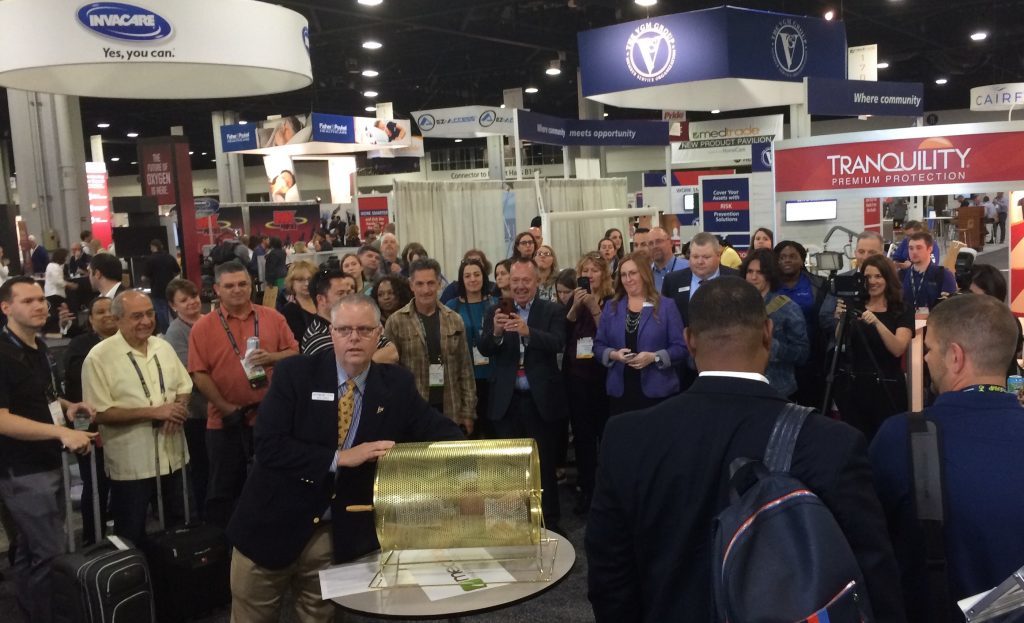 “Last year, to qualify for the $5,000, attendees essentially had game cards that had to be stamped by 10 different exhibitors,” said Gaffney. “Attendees [not exhibitors] dropped their cards into a bin by 4:40 p.m. on Wednesday, the final day, and we pulled the winner just a few minutes after that. We’re happy to welcome OPED Medical/EVENup as a sponsor this year. We are still finalizing the process for 2018, but it will likely be something similar. Stay tuned for more information in Medtrade Monday.”