Celebrating Team USA – Another Look at the FIPFA World Cup

Celebrating Team USA – Another Look at the FIPFA World Cup

KISSIMMEE, FL – Like so many others, Jessica Limehouse, southeast territory representative, MK Battery (main sponsor of the United States Power Soccer Association), saw power soccer for the first time at Medtrade 2014 in Atlanta. While that team was a skilled regional squad and not Team USA, Limehouse and Medtrade attendees were still amazed at the skill of the athletes. 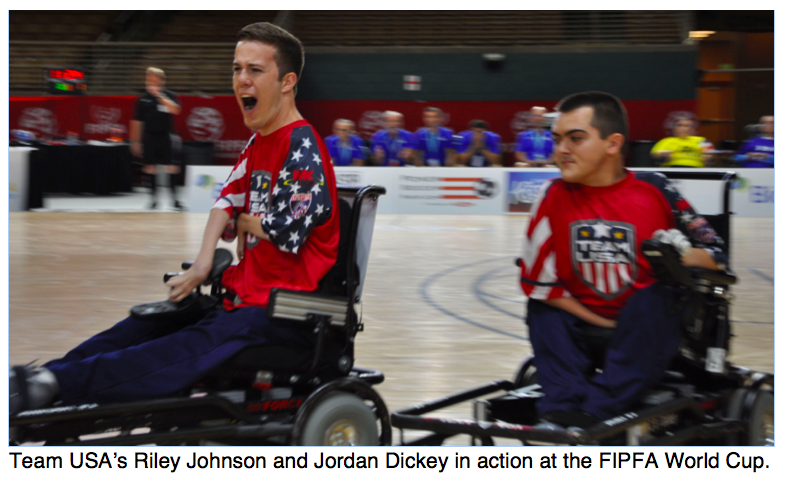 When Team USA made an appearance at Medtrade 2016, they showed an astonishing level of polish that would lead them to the brink of the World Cup, where they would eventually finish second to Team France in a hard-fought final match that took place on July 9 in Kissimmee, Florida.&nbsp; 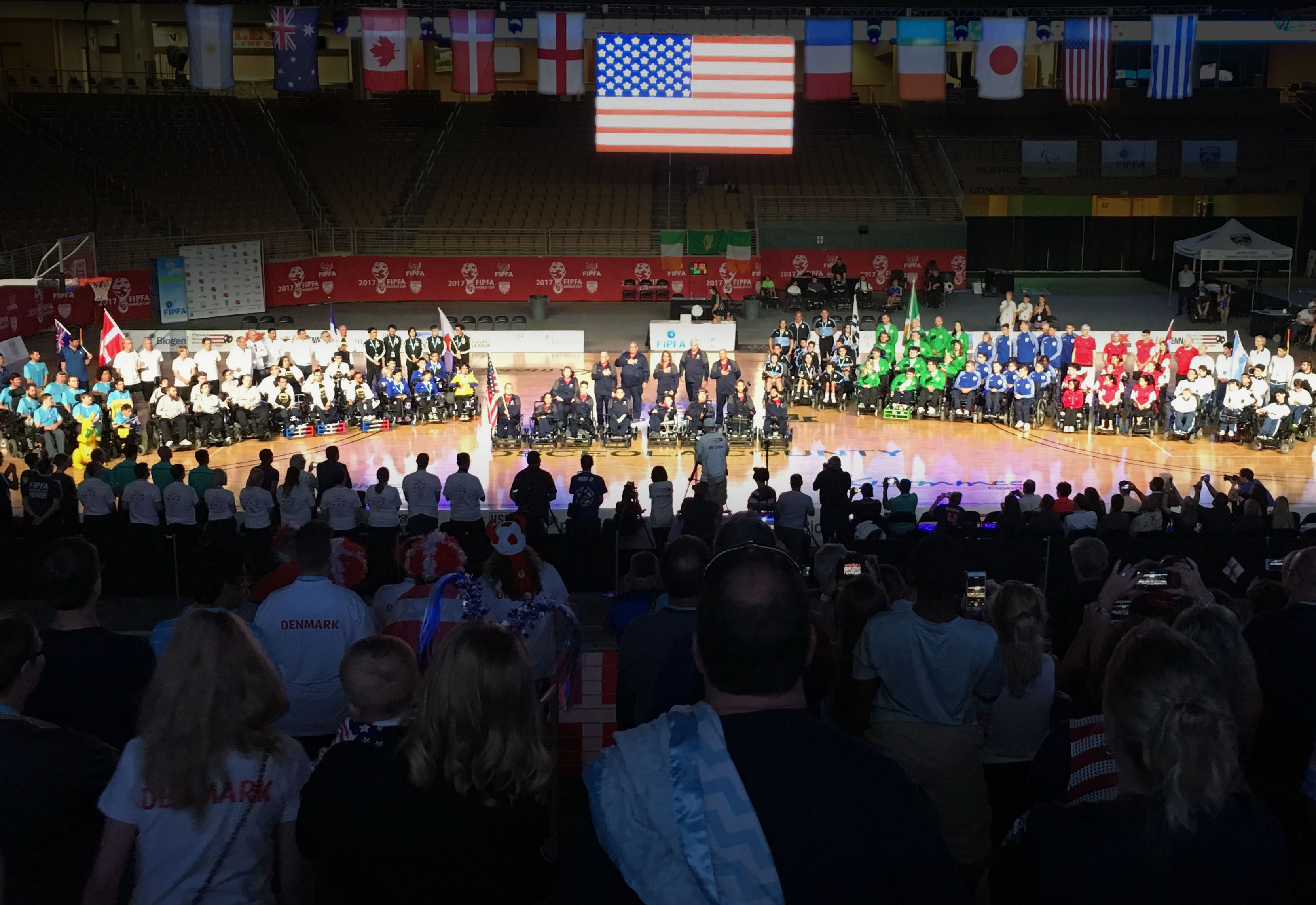 “Team USA dominated play in the opening round and continued to impress right up through the final game,” enthuses Limehouse. “In the end, Team France won the World Cup, defeating Team USA in a nail-biter of a game, but all were winners at this amazing event.” 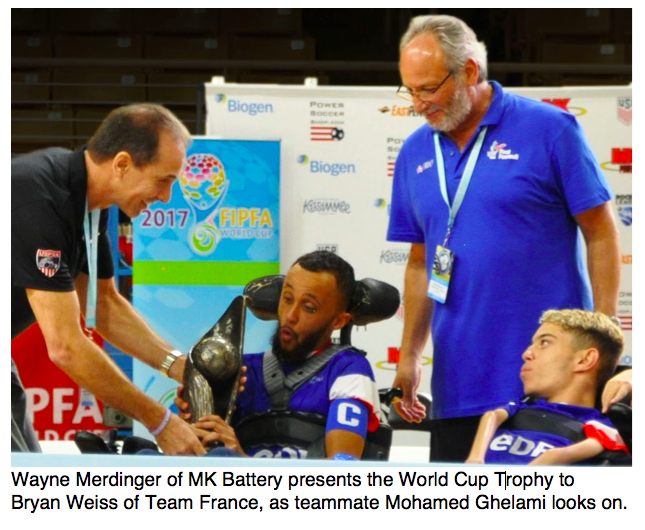 “I am still overcome with emotions when I see the love and support provided by the families, friends, loved ones, caregivers, coaches, volunteers and fans,” adds Jeff Pitzer, director of operations, MK Battery. “In the end, there is only one team that would raise the cup—notice that I did not state only one winner—and that team was Team France. In a very hard fought and intense championship game, France came out on top with a 4-2 victory over Team USA, and our own Wayne Merdinger [executive vice president and general manager, MK Battery] was on hand to personally award Team France with the World Cup trophy.”