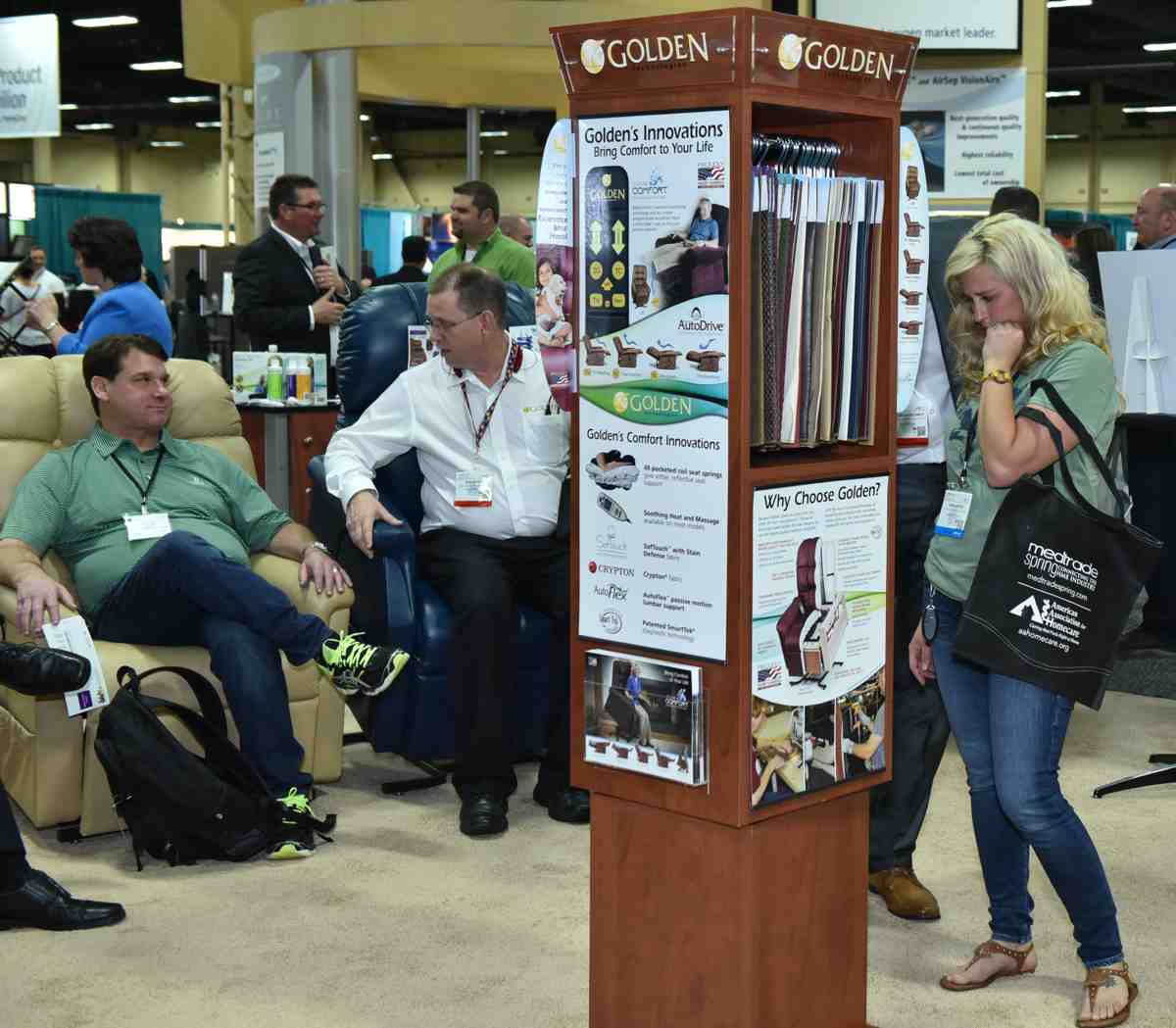 HERSHEY, PA – The Team Pennsylvania Foundation recognized Golden Technologies’ CEO Richard Golden with the Pennsylvania Governor’s Entrepreneur ImPAct Award for leading his company to a position of strength in the marketplace by way of growth in one or all of the following
areas: creativity; innovation; managerial ability; leadership skills; and turnaround. The award was part of the third annual Governor’s ImPAct Awards, presented last week at a ceremony in Hershey, Pa.

“We are honored to have Golden [pictured here at Medtrade Spring 2015] recognized as a company with an entrepreneurial spirit and as an employer that creates jobs that sustain families with competitive salaries and good benefits,” said Richard Golden, CEO, prior to the event. “I’m proud to say that in the 30-year history of our company, we have never had a layoff situation. There is stability working for Golden. We have many employees with us for 15, 20 and 25 years.”

“We have become an industry leader worldwide in the manufacture of the highest quality power lift and recline chairs, as well as scooters and power wheelchairs,” said Golden. “We have a tremendously talented workforce that has enabled us to become a leader in our industry and throughout the world.”

The Entrepreneur ImPAct Award is given to an entrepreneur who has led his or her company to a position of strength in the marketplace by way of growth in one or all of the following areas: creativity; innovation; managerial ability; leadership skills; and turnaround.

Richard Golden was nominated for the award by the Partnerships for Regional Economic Performance (PREP) network. Each of the 10 PREP regions submitted up to five nominations per category. PREP is a statewide network of partners that works to regionalize and coordinate local economic development services to businesses and entrepreneurs. Representatives from the Team Pennsylvania Foundation and Journal Multimedia evaluated the nominations and selected the award recipients.