PHOENIX – Medtrade West rookie SCS Direct made quite a splash earlier this month when its fashion crutches took gold in the New Product Pavilion Providers’ Choice Awards, sponsored by HomeCare Media. “Breaking a leg isn’t fun,” said Howard Greenspan, CEO of SCS Direct. “Why make it worse with unsightly crutches? Offer your patients an alternative to silver plain crutches with My Crutches—available in ten designs to fit any personality.”

Greenspan calls My Crutches “the world’s first fashion crutches” and attendees shared his enthusiasm in a close vote that earned the Connecticut-based company the top prize. “The reaction at Medtrade West was universally awesome,” he says. “This was the first time the product came to market, and we were shocked how virtually everyone who came to the booth was saying, ‘These are fantastic. How do we order?’” 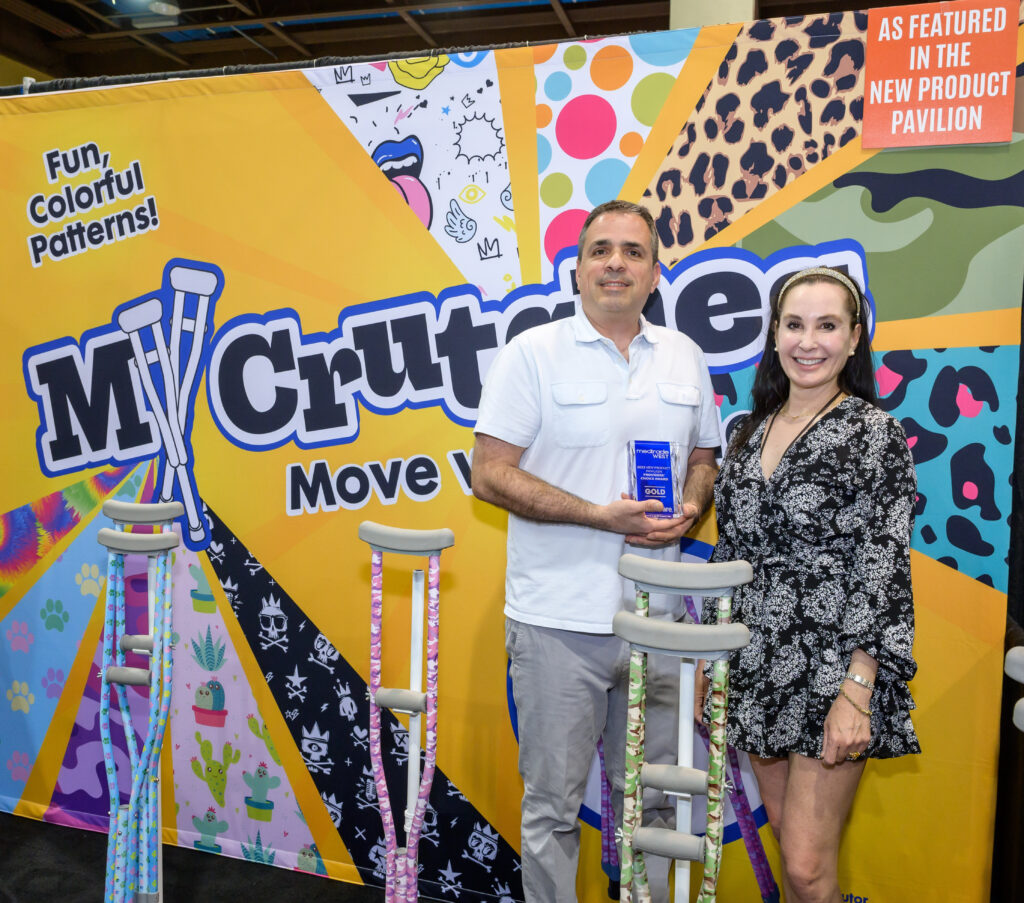 My Crutches are an upsell that brings smiles, and Greenspan points out: “At the bare minimum, My Crutches are a conversation piece during the healing process. Who says our industry has to be boring? Let’s add some fun.”

Greenspan envisions nothing less than changing the way crutches are bought. “When patients go to the hospital, ER, or orthopedic doctor with a hurt leg, we envision them being given a choice between standard silver or My Crutches,” he adds. “They would be fully submittable to insurance plans or cash and carry. We believe no one has ever seen anything like My Crutches before. With that in mind, we are selectively choosing partners and distributors and welcome all inquiries and territories.”