AMARILLO, TX – Assume that ABC Medical Equipment, Inc. (“ABC”) provides continuous positive airway pressure (“CPAP”) and oxygen devices, equipment, and supplies. Assume that Dr. Jones, a sleep doctor and referral source for ABC, has requested that ABC provide his patients with a free overnight pulse oximetry test as a preliminary test to see whether any of the patients are experiencing oxygen desaturation events that might indicate the need for night time oxygen therapy.

Assume that the patients are already patients of ABC and are currently receiving CPAP therapy services through ABC. Assume that Dr. Jones suspects, although it is unclear whether he has any way of knowing for certain, that some of his patients may be experiencing oxygen desaturation at night while sleeping with the CPAP device. Since the patients were qualified either by way of a home sleep study or attended facility based polysomnography without a titration study, there is no way to know whether PAP therapy has resolved the desaturation events or if the desaturations are being caused by an underlying pulmonary disorder or disease.

It is likely that Dr. Jones would be involved and potentially billing for either the professional component and/or the technical component of the subsequent qualifying test. In our hypothetical, if the patient ultimately qualifies for oxygen, ABC would likely receive the referral. Federal health care beneficiaries, including Medicare and Medicaid beneficiaries, as well as commercial insurance beneficiaries, will likely be involved in this arrangement. The question is whether this hypothetical scenario is acceptable under federal law. 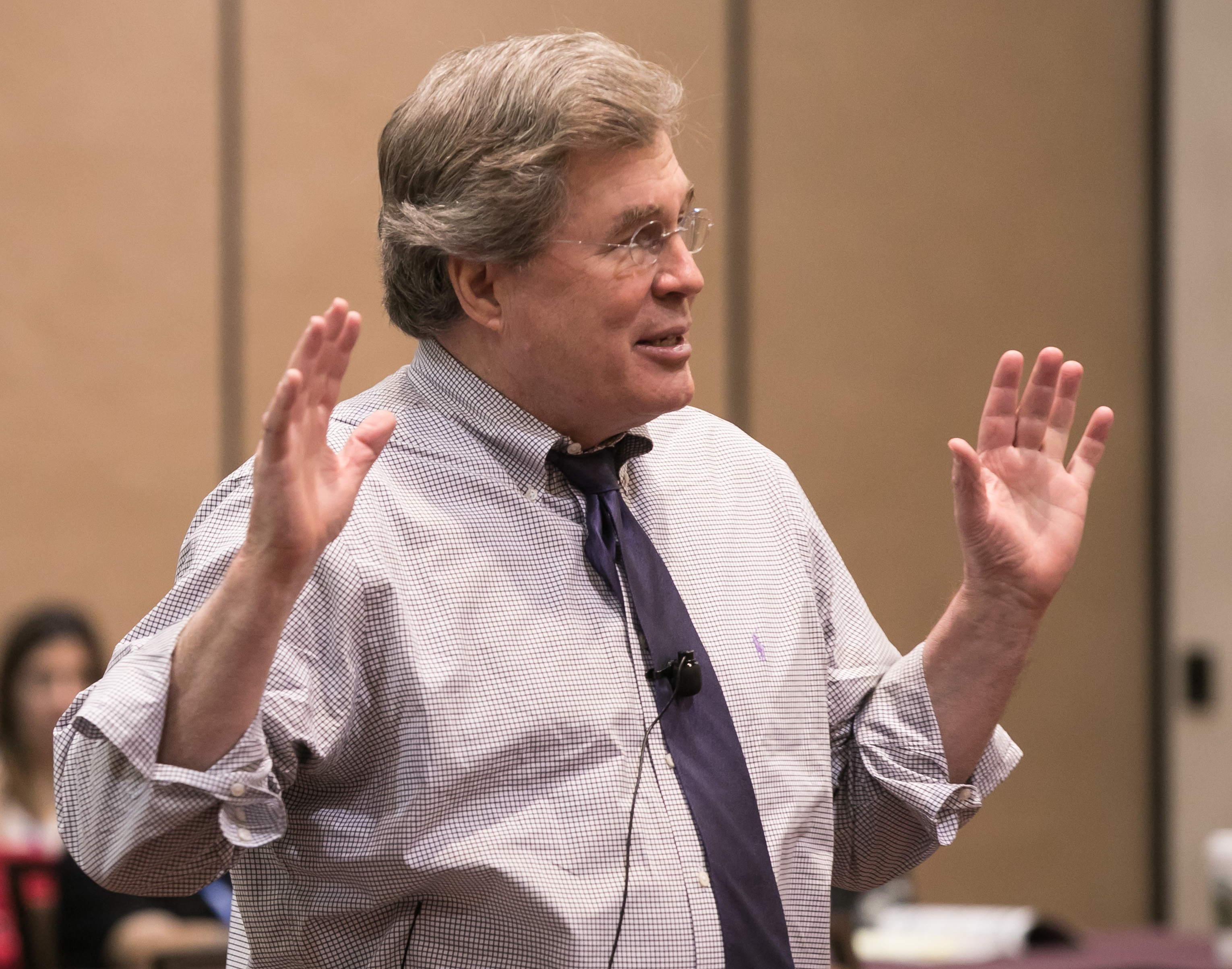 The federal anti-kickback statute (“AKS”) is broadly written and restricts business arrangements that are generally acceptable outside of the health care industry. Under the AKS, entities may not “knowingly and willfully offer or pay any remuneration … to any person to induce such person … to refer” business reimbursable by a federal health care program.” Likewise, “whoever … receives any remuneration … in return for referring an individual to a person for the furnishing or arranging for the furnishing of any item … for which payment may be made … under a Federal health care program” can be criminally prosecuted for a violation of the statute. The term “remuneration” has been interpreted to include anything of value, including items, devices, and payments in cash or in kind.  Violation of the anti-kickback statute may result in criminal penalties, civil monetary penalties of up to $50,000 per violation, treble damages, and exclusion from federal health care programs. Furthermore, a violation of the anti-kickback statute is a violation of the False Claims Act and may give rise to a lawsuit brought by a whistleblower.

Due to the broad language of the AKS, Congress directed the Office of Inspector General (“OIG”) to adopt “safe harbor” regulations that protect arrangements that might otherwise violate the statute. Strict compliance with the requirements of a safe harbor will protect an arrangement from liability under the AKS. Failure to satisfy an applicable safe harbor, however, is not fatal.  Instead, non-conforming arrangements will be evaluated on a case-by-case basis to assess the potential risk of fraud or abuse that might arise from the arrangement.

Since Dr. Jones will likely bill for subsequent tests that result from the provision of the free preliminary overnight pulse oximetry test provided by ABC, the free test appears to indirectly provide something of value to Dr. Jones. The OIG has addressed providing referral sources with free items or services in a number of Advisory Opinions and other written guidance. Specifically, in the preamble to the 1991 safe harbors, the Department of Health and Human Services stated the following about providing free computers to physicians:

In some cases the computer can only be used as part of a particular service that is being provided, for example, printing out the results of laboratory test. In this situation, it appears that the computer has no independent value apart from the service that is being provided and that the purpose of the free computer is not to induce an act prohibited by the statute. Rather, the computer is part of a package of services provided at a price that can be accurately reported to the programs. In contrast, sometimes the computer that is given away is a regular personal computer, which the physician is free to use for a variety of purposes in addition to receiving test results. In that situation the computer has a definite value to the physician, and, depending on the circumstances, may well constitute an illegal inducement.

The OIG has pointed to this preamble language in numerous Advisory Opinions in recent years, stating that the item(s) being provided must have no “independent value apart from the service that is being provided.” Further, the OIG noted in Advisory Opinion No. 12-20 that “a free personal computer that the physician could use for a variety of purposes would have independent value and could constitute an illegal inducement.”

Similarly, if ABC did not perform the preliminary test as requested, Dr. Jones would likely have to perform the preliminary test and cover the related costs of such a test. Alleviating such an expense may also constitute a prohibited inducement to a referral source. The OIG has stated that “a gift to an existing or potential referral source that has independent value to such source implicates the anti-kickback statute and may be unlawful.” Further, the OIG has stated that relieving a physician of financial obligations that he may otherwise incur poses significant risk under the AKS. In these circumstances, the OIG has stated that an inference arises that the remuneration may be in exchange for generating business. Therefore, in our hypothetical, providing the proposed preliminary pulse oximetry test for free poses significant risk of violating the AKS.

The term “remuneration” is defined as including “transfers of items or services for free or for other than fair market value.” The OIG has previously taken the position that “incentives that are only nominal in value are not prohibited by the statute,” and has interpreted “nominal value to be no more than $15 per item, or $75 in the aggregate on an annual basis.”

The OIG addressed a similar scenario in Advisory Opinion 07-08. There, the OIG noted that the threshold question under the civil monetary penalties (“CMP”) statute is whether the free item or service, in this case the preliminary pulse oximetry test, would constitute remuneration paid to the beneficiaries who receive the tests. Since remuneration is defined as anything of more than nominal value to the beneficiary, we must determine whether or not the test is worth more than nominal value. The Medicare Physician Fee Schedule Current Procedural Terminology (“CPT”) code for overnight oximetry (CPT 94762) shows a reimbursement rate range from $21.74 to $33.77, depending on locality. These values are above the $15 per item limit established by the OIG, therefore, the free preliminary test would constitute remuneration under the CMP statute.

The OIG further noted in Advisory Opinion 07-08 that even when the tests provided have “no value for the purpose of qualifying for Medicare coverage” if the tests are provided or delivered in a manner that “would lead a reasonable beneficiary to believe that he or she is receiving a valuable service that may expedite access to covered oxygen supplies and contribute to a successful clinical outcome” the test will be viewed as valuable to the beneficiary. In our hypothetical scenario, it is likely that Dr. Jones will inform the patient that he is ordering an overnight pulse oximetry to see if the patient may qualify for oxygen. If such an exchange takes place, it would be difficult to argue that the patient would not assign a value to the preliminary test.

The second prong under the CMP statute is whether the remuneration provided would be likely to influence beneficiaries to select the provider performing the test over another provider. In our hypothetical, the patients will likely already be patients of ABC, therefore, an argument could be made that these patients would be likely to select ABC for their oxygen needs regardless of whether or not ABC provided the free test. However, nothing in the CMP statute excuses inducements made to existing patients for additional items or services reimbursable by a federal health care program. Although the patient is free to choose any provider for his oxygen needs, the hypothetical arrangement would likely influence the patient to select ABC over competitors.

The third prong under the CMP statute is whether ABC knows or should know that providing the free pulse oximetry test under the hypothetical scenario would be likely to influence beneficiaries’ selection of ABC for oxygen or other Medicare payable supplies. The hypothetical scenario between Dr. Jones and ABC appears to be calculated to generate business for ABC and Dr. Jones. As discussed in OIG Advisory Opinion 07-08, “aspects of the proposed arrangement’s structure and operation – including the offer of … oximetry testing services without charge, the home administration of the services (also free of charge), and the role of a beneficiary’s own physician in recommending the [DME provider] – appear calculated to generate subsequent business for the [DME provider].” Thus, it appears probable that ABC would know or should know that the proposed scenario would be likely to generate federally funded business for ABC.