AMARILLO, TX – DME suppliers operate in a highly regulated environment. Suppliers must comply with (i) federal anti-fraud laws, (ii) state anti-fraud laws, (iii) supplier standards, (iv) accreditation requirements, and (v) guidance from Medicare, Medicaid and commercial insurers. If a supplier is doing something it should not be doing, then “someone knows about it.” That “someone” can be an employee, a competitor, a referral source, or a government program/contractor. 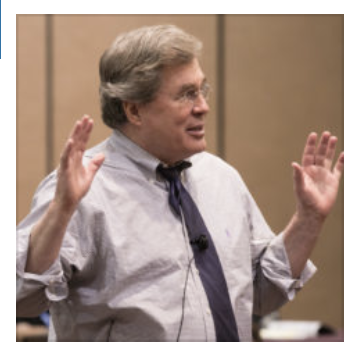 • A referral source can be any person: physician, nurse, hospital discharge planner, respiratory therapist, taxi cab driver, or kindergarten teacher. A referral source can also be any type of entity: marketing company, lead generation company, home health agency, or pharmacy.
• A number of courts have adopted the “one purpose” test. This states that if “one purpose” behind paying a person/entity is to reward the person/entity for referrals, then the AKS is violated notwithstanding that the primary purpose behind the payment is for legitimate services.
• If ABC Medical Equipment, Inc. (“ABC”) pays percentage commissions to a 1099 independent contractor marketing rep to “knock on the doors” of physicians…or hospitals…or long term care facilities…to generate federal health care program (“FHCP”) patients for ABC, then the AKS will be violated.

• The nominal gift needs to be something that can be “touched and felt.” It cannot be cash or a cash equivalent such as a gift card.
• Additionally, the value of the gift is its “retail” value to the public…not what it cost ABC to purchase the gift.

The Anti-Solicitation Statute essentially says the same thing as Supplier Standard #11. The National Supplier Clearinghouse (“NSC”) is aggressive in bringing enforcement actions (e.g., suspension/revocation of a PTAN) against DME suppliers that violate this statute. Note the first bullet, above. The written permission can be “blue ink” or “electronic.”

Stark Physician Self-Referral Statute – Provides that if a physician has a financial relationship with an entity providing designated health services (“DHS”), then the physician may not refer patients to the entity unless one of the statutory or regulatory exceptions apply. DHS includes prescription drugs and DME.

• Note that while the AKS applies to physicians and taxi cab drivers, Stark only applies to physicians and comparable clinicians. If ABC intends to enter into an arrangement with a home health agency (not owned by a physician), then Stark does not come into play; ABC needs to focus on the AKS. On the other hand, if ABC intends to enter into an arrangement with Dr. Jones, then ABC must comply with both the AKS and Stark.
• Assume that ABC is located in Dallas and Dr. Jones has an ownership in it, then Dr. Jones cannot refer Medicare/Medicaid patients to ABC. On the other hand, if ABC is located in Bovina, Texas (a rural town), then Dr. Jones can have an equity interest in ABC and can refer Medicare/Medicaid patients to ABC. The reason for this is that Stark has a “rural provider” exception that relaxes the Stark restrictions when the physician and ABC are located in a rural area and primarily service rural patients.
• Another exception is the Non-Monetary Compensation Exception (“NMCE”). This allows ABC to spend a certain amount each year on Dr. Jones for meals, rounds of golf, etc. In 2019, that amount is $416. There is an annual inflation adjustment. If Dr. Jones is part of a five physician group, then ABC can spend up to $416 in 2019 for each of the five physicians. Interestingly, there is not a comparable exception or safe harbor to the AKS. And so one might assert that while it is acceptable under Stark for ABC to spend up to $416 in 2019 on Dr. Jones, such expenditures violate the AKS. From a practical standpoint, if the NMCE is met, then there should not be a problem under the AKS. Similar to the nominal value gift exception under the beneficiary inducement statute, the NMCE only applies when what is spent on behalf of Dr. Jones is for gifts, entertainment, travel, etc. ABC cannot offer cash/cash equivalents to Dr. Jones.

Space Rental – Remuneration does not include a lessee’s payment to a lessor as long as a number of standards are met, including the following:
• (i) the lease agreement must be in writing and signed by the parties;
• (ii) the lease must specify the premises covered by the lease;
• (iii) if the lease gives the lessee periodic access to the premises, then it must specify exactly the schedule, the intervals, the precise length, and the exact rent for each interval;
• (iv) the term must be for not less than one year; and
• (v) the aggregate rental charge must be set in advance, be consistent with fair market value, and must not take into account business generated between the lessor and the lessee.

Equipment Rental – Remuneration does not include any payment by a lessee of equipment to the lessor of equipment as long as a number of standards are met, including the following:
(i) the lease agreement must be in writing and signed by the parties;
(ii) the lease must specify the equipment;
(iii) for equipment to be leased over periods of time, the lease must specify exactly the scheduled intervals, their precise length and exact rent for each interval;
(iv) the term of the lease must be for not less than one year; and
(v) the rent must be set in advance, be consistent with fair market value, and must not take into account any business generated between the lessor and the lessee.

Personal Services & Management Contracts – Remuneration does not include any payment made to an independent contractor as long as a number of standards are met, including the following:
(i) the agreement must be in writing and signed by the parties;
(ii) the agreement must specify the services to be provided;
(iii) if the agreement provides for services on a sporadic or part-time basis, then it must specify exactly the scheduled intervals, their precise length and the exact charge for each interval;
(iv) the term of the agreement must be for not less than one year;
(v) the compensation must be set in advance, be consistent with fair market value, and must not take into account any business generated between the parties; and
(vi) the services performed must not involve a business arrangement that violates any state or federal law.

Employees – Remuneration does not include any amount paid by an employer to an employee, who has a bona fide employment relationship with the employer, for employment in the furnishing of any item or service for which payment may be made, in whole or in part, under Medicare or under a state health care program.

States – All states have enacted statutes prohibiting kickbacks, fee splitting, patient brokering, or self-referrals. Some state anti-kickback statutes only apply when the payor is a government health care program (e.g., the state Medicaid program). Other state anti-kickback statutes apply regardless of the identity of the payor (e.g., they apply to commercial insurers and cash-pay patients). And so when analyzing an arrangement, the provider must not only look at federal laws, but must also look at applicable state laws.

AAHomecare’s Retail Work Group
The Retail Work Group is a vibrant network of DME industry stakeholders (suppliers, manufacturers, consultants) that meets once a month via video conference during which (i) an expert guest will present a topic on an aspect of selling products at retail, and (ii) a question and answer period will follow. The next Retail Work Group video conference is scheduled for July 11, 2019, at 11:00 a.m. Central. Christina Throndson, Forbin, will present “Taking Aim on Your Audience: What You Need to Know about Geotargeting.” Participation in the Retail Work Group is free to AAHomecare members. For more information, contact Ashley Plauché Manager of Government Affairs, AAHomecare (ashleyp@aahomecare.org).