AMARILLO, TX – The DME industry, as we know it today, has been around for about 40 years. It is a young industry. For the first 30 years of its existence, there was little government oversight on the DME industry. This has changed. Over the last 10 years, it feels like the government is making up for lost time. The DME industry is caught in a “perfect storm.”

Let’s look at competitive bidding. On 7/1/16, the CMS July Fee Schedule went into effect. The rates encompass the expansion of competitive bid rates to non-CBAs. The cuts range between 45% to 59% on common respiratory products, but reach 82% on TENS units and Enteral IV Poles. Said another way, the rates are ugly. 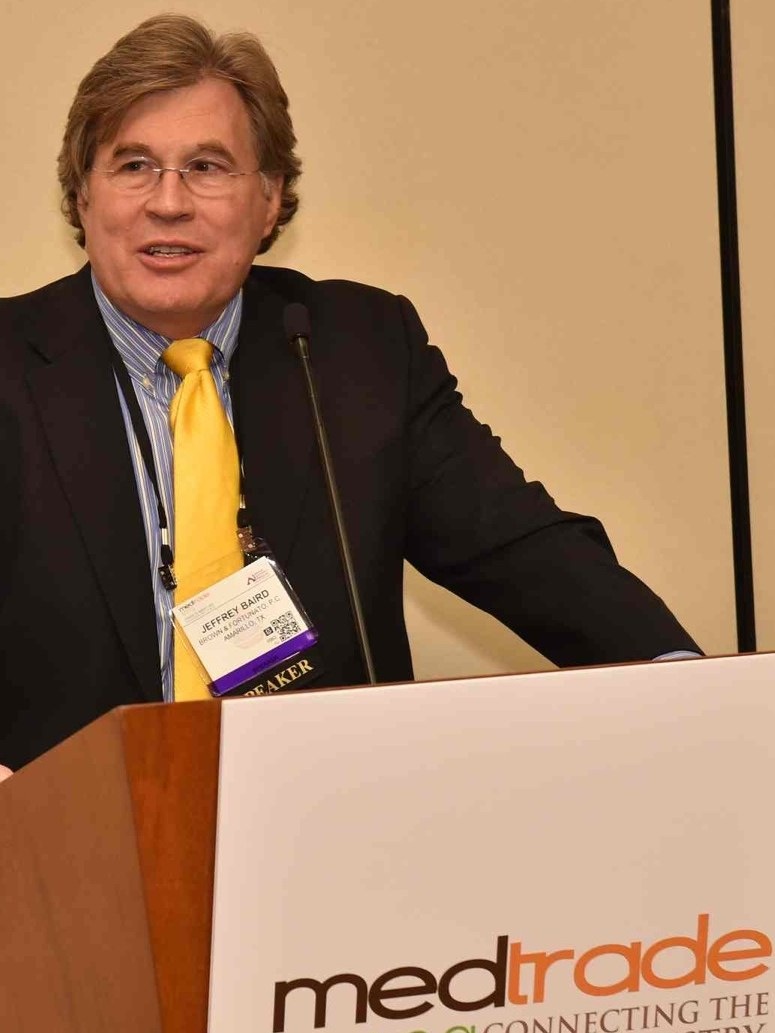 Let’s step back and look at the big picture. For the last four decades, suppliers have primarily provided DME on an assigned basis. Medicare paid the suppliers directly and the patients only had to pay their copayments and deductibles. Until the last several years, this worked out for DME suppliers.

• Medicare reimbursement is not sustainable.
• It is time consuming to go through the Medicare claims submission process.
• If the DME supplier is hit with a prepayment review, then it will not get paid until it submits documentation satisfactory to the CMS contractor.
• Even if the supplier is paid, then it is subject to a “claw back” pursuant to a post-payment audit.

What we are now witnessing are (i) DME suppliers are electing to be non-participating and (ii) DME suppliers are “billing non-assigned.” If a non-participating supplier provides a product on a non-assigned basis, this means that the supplier is not agreeing to accept the Medicare allowable as payment in full, can collect directly from the patient, and can charge more than the Medicare allowable in such cases.

The supplier must file the claim with Medicare on behalf of the patient and any Medicare reimbursement will go directly to the patient. The bottom line is that the non-participating supplier (that is not a competitive bid contract supplier taking care of CB patients) can collect up-front from the patient (i.e., bill non-assigned). But as is often the case, the “devil is in the details.” And so let’s talk about the “details.”

Commercial Insurance Mandating Assignment
Under the anti-discrimination provision, the supplier can adopt a policy in which (A) it bills non-assigned for Products A, B, and C and/or (B) it bills non-assigned for all products in which third party reimbursement is $100 or less. This policy does not discriminate against Medicare patients because this policy applies across the board … that is, it applies equally to Medicare patients and commercial insurance patients. The key question is this: If the insurance company requires the supplier to bill on an assigned basis for all products, including “Product A,” then does the supplier have the right (under the anti-discrimination provision) to sell/rent “Product A” to the Medicare patient on a non-assigned basis? The answer is “yes.” The supplier has the right to choose whether to accept Medicare assignment on a claim by claim basis. Rather than saying it will only take assignment on claims based on a certain dollar figure, the supplier should adopt a policy that a particular item will be available to a patient if the reimbursement received meets a certain dollar threshold. The supplier can always make that item available to a Medicare patient on a non-assigned basis. If the commercial insurance does not allow non-assigned claims, the item is only available to the patient if the insurance reimbursement meets the threshold dollar amount.

ABN
A supplier is required to get an ABN signed whenever it expects that Medicare will not pay for the item or service provided, regardless of whether it is an assigned or unassigned claim. A request for payment signed by the beneficiary must be filed on or with each claim for charge basis reimbursement. Suppliers may obtain and retain in their files a one-time payment authorization from a beneficiary (or the beneficiary’s representative) applicable to any current and future services. Once the supplier has obtained the beneficiary’s one-time authorization, later claims can be filed without obtaining an additional signature from the beneficiary. These claims may be on an assigned or non-assigned basis with the exception of DME rentals. According to CGS Jurisdiction C DME MAC Supplier Manual, Chapter 6, the one-time authorization for DME rental claims is limited to assigned claims. This last statement seems to indicate that the supplier will have to get a beneficiary signature authorization each month for items rented on a non-assigned basis.

Limiting Charge
According to CMS: “The provider may bill the beneficiary no more than the “limiting charge” for covered services. Should the provider bill more than the limiting charge for a covered service, the provider will have violated the non-participating agreement and may be subject to fines or penalties. When a provider does not accept assignment on a Medicare claim, he/she is not required to file a claim to the beneficiary’s secondary insurance. NOTE: The “limiting charge” applies only to certain Medicare-covered services and doesn’t apply to some supplies and durable medical equipment.” The limiting charge applies to all of the following services/supplies, regardless of who provides or bills for them, if the services/supplies are covered by the Medicare program and are provided:

Therefore, items provided by a DME supplier are not subject to the “limiting charge” provisions.

Jeff Baird will be presenting the following webinar:
AAHOMECARE’S EDUCATIONAL WEBINAR
Joint Ventures and Other Arrangements with Referral Sources
Presented by: Jeffrey S. Baird, Esq., Brown & Fortunato, P.C.
Tuesday, September 6, 2016
2:30-4:00 p.m. EASTERN TIME
In the real world one business can enter into an arrangement with another business without worrying about pesky government regulations.  Unfortunately, DME suppliers are not in the real world……they are in an alternative universe known as “health care world.”  Unlike auto parts suppliers and widget manufacturers, DME suppliers must be careful in entering into arrangements with other providers.  This is because of federal and state anti-fraud statutes and regulations.  For example, the Medicare anti-kickback statute makes it a crime for a person/entity to receive compensation for referring (or arranging for the referral of) Medicare/Medicaid patients to a health care provider.  All states have anti-kickback statutes that are similar to the federal statute.  The federal Stark physician self-referral statute prohibits a physician from referring Medicare/Medicaid patients to a provider in which the physician has a compensation or ownership interest.  These are but two examples of the many anti-fraud laws that are on the books.  This program will discuss the relevant state and federal anti-fraud statutes and regulations that govern the types of arrangements that a DME supplier can enter into with another provider, such as a physician, home health agency or pharmacy.  The program will discuss the types of arrangements that are clearly legal, the types of arrangements that fall within the proverbial “gray area,” and the types of arrangements that must be clearly avoided.