AMARILLO, TX – It is common for a DME supplier to sell products to customers residing in other states. In doing so, the supplier needs to address whether it has the obligation to collect sales tax. 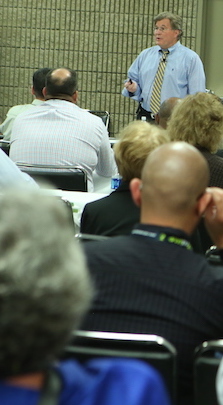 In a recent decision, South Dakota v. Wayfair, Inc., 138 S.Ct. 2080, the United States Supreme Court overruled Bellas Hess and Quill and ruled that a South Dakota statute is valid in which the statute provides that the state can impose on an out-of-state seller the obligation to collect sales tax … even if the seller has no physical presence in South Dakota.

Set out hereafter is the Supreme Court decision:

South Dakota, like many States, taxes the retail sales of goods and services in the State. Sellers are required to collect and remit the tax to the State, but if they do not then in-state consumers are responsible for paying a use tax at the same rate. Under National Bellas Hess, Inc. v. Department of Revenue of Ill., 386 U.S. 753, 87 S.Ct. 1389, 18 L.Ed.2d 505, and Quill Corp. v. North Dakota, 504 U.S. 298, 112 S.Ct. 1904, 119 L.Ed.2d 91, South Dakota may not require a business that has no physical presence in the State to collect its sales tax. Consumer compliance rates are notoriously low, however, and it is estimated that Bellas Hess and Quill cause South Dakota to lose between $48 and $58 million annually. Concerned about the erosion of its sales tax base and corresponding loss of critical funding for state and local services, the South Dakota Legislature enacted a law requiring out-of-state sellers to collect and remit sales tax “as if the seller had a physical presence in the State.” The Act covers only sellers that, on an annual basis, deliver more than $100,000 of goods or services into the State or engage in 200 or more separate transactions for the delivery of goods or services into the State. Respondents, top online retailers with no employees or real estate in South Dakota, each meet the Act’s minimum sales or transactions requirement, but do not collect the State’s sales tax. South Dakota filed suit in state court, seeking a declaration that the Act’s requirements are valid and applicable to respondents and an injunction requiring respondents to register for licenses to collect and remit the sales tax. Respondents sought summary judgment, arguing that the Act is unconstitutional. The trial court granted their motion. The State Supreme Court affirmed on the ground that Quill is controlling precedent.

[These principles] also animate Commerce Clause precedents addressing the validity of state taxes, which will be sustained so long as they (1) apply to an activity with a substantial nexus with the taxing State, (2) are fairly apportioned, (3) do not discriminate against interstate commerce, and (4) are fairly related to the services the State provides. See Complete Auto Transit, Inc. v. Brady, 430 U.S. 274, 279, 97 S.Ct. 1076, 51 L.Ed.2d 326. Before Complete Auto, the Court held in Bellas Hess that a “seller whose only connection with customers in the State is by common carrier or … mail” lacked the requisite minimum contacts with the State required by the Due Process Clause and the Commerce Clause, and that unless the retailer maintained a physical presence in the State, the State lacked the power to require that retailer to collect a local tax. 386 U.S., at 758, 87 S.Ct. 1389. In Quill, the Court overruled the due process holding, but not the Commerce Clause holding, grounding the physical presence rule in Complete Auto’s requirement that a tax have a “substantial nexus” with the activity being taxed. Pp. 2090 – 2092.

The physical presence rule has long been criticized as giving out-of-state sellers an advantage. Each year, it becomes further removed from economic reality and results in significant revenue losses to the States. These critiques underscore that the rule, both as first formulated and as applied today, is an incorrect interpretation of the Commerce Clause. Pp. 2091 – 2096.

Quill is flawed on its own terms. First, the physical presence rule is not a necessary interpretation of Complete Auto’s nexus requirement. That requirement is “closely related,” Bellas Hess, 386 U.S. at 756, 87 S.Ct. 1389, to the due process requirement that there be “some definite link, some minimum connection, between a state and the person, property or transaction it seeks to tax.” Miller Brothers Co. v. Maryland, 347 U.S. 340, 344-345, 74 S.Ct. 535, 98 L.Ed. 744. And, as Quill itself recognized, a business need not have a physical presence in a State to satisfy the demands of due process. When considering whether a State may levy a tax, Due Process and Commerce Clause standards, though not identical or coterminous, have significant parallels. The reasons given in Quill for rejecting the physical presence rule for due process purposes apply as well to the question whether physical presence is a requisite for an out-of-state seller’s liability to remit sales taxes. Other aspects of the Courts’ doctrine can better and more accurately address potential burdens on interstate commerce, whether or not Quill’s physical presence rule is satisfied.

Second, Quill creates rather than resolves market distortions. In effect, it is a judicially created tax shelter for businesses that limit their physical presence in a State but sell their goods and services to the State’s consumers, something that has become easier and more prevalent as technology has advanced. The rule also produces an incentive to avoid physical presence in multiple States, affecting development that might be efficient or desirable.

Third, Quill imposes the sort of arbitrary, formalistic distinction that the Court’s modern Commerce Clause precedents disavow in favor of “a sensitive, case-by-case analysis of purposes and effects,” West Lynn Creamery, Inc. v. Healy, 512 U.S. 186, 201, 114 S.Ct. 2205, 129 L.Ed.2d 157. It treats economically identical actors differently for arbitrary reasons. For example, a business that maintains a few items of inventory in a small warehouse in a State is required to collect and remit a tax on all of its sales in the State, while a seller with a pervasive Internet present cannot be subject to the same tax for the sales of the same items. Pp 2092 – 2095.

When the day-to-day functions of marketing and distribution in the modern economy are considered, it becomes evident that Quill’s physical presence rule is artificial, not just “at its edges,” 504 U.S. at 315, 112 S.Ct. 1904, but in its entirety. Modern e-commerce does not align analytically with a test that relies on the sort of physical presence defined in Quill. And the Court should not maintain a rule that ignores substantial virtual connections to the State. Pp. 2094 – 2095.

The physical presence rule of Bellas Hess and Quill is also an extraordinary imposition by the Judiciary on States’ authority to collect taxes and perform critical public functions. 41 States, two Territories, and the District of Columbia have asked the Court to reject Quill’s test. Helping respondents’ customers evade a lawful tax unfairly shifts an increased share of the taxes to those consumers who buy from competitors with a physical presence in the State. It is essential to public confidence in the tax system that the Court avoid creating inequitable exceptions. And it is also essential to the confidence placed in the Court’s Commerce Clause decisions. By giving some online retailers an arbitrary advantage over their competitors who collect state sales taxes, Quill’s physical presence rule has limited States’ ability to seek long-term prosperity and has prevented market participants from competing on an even playing field. Pp 2095 – 2096.

Stare decisis can no longer support the Courts’ prohibition of a valid exercise of the States’ sovereign power. If it becomes apparent that the Court’s Commerce Clause decisions prohibit the States from exercising their lawful sovereign powers, the Court should be vigilant in correcting the error. It is inconsistent with this Court’s proper role to ask Congress to address a false constitutional premise of this Court’s own creation. The Internet revolution has made Quill’s original error all the more egregious and harmful. The Quill Court did not have before it the present realities of the interstate marketplace, where the Internet’s prevalence and power have changed the dynamics of the national economy. The expansion of e-commerce has also increased the revenue shortfall faced by States seeking to collect their sales and use taxes, leading the South Dakota Legislature to declare an emergency. The argument, moreover, that the physical presence rule is clear and easy to apply is unsound, as attempts to apply the physical presence rule to online retail sales have proved unworkable.

Because the physical presence rule as defined by Quill is no longer a clear or easily applicable standard, arguments for reliance based on its clarity are misplaced. Stare decisis may accommodate “legitimate reliance interest[s],” United States v. Ross, 456 U.S. 798, 824, 102 S.Ct. 2157, 72 L.Ed.2d 572, but a business “is in no position to found a constitutional right … on the practical opportunities for tax avoidance,” Nelson vs. Sears, Roebuck & Co., 312 U.S. 359, 366, 61 S.Ct. 586, 85 L.Ed. 888, Startups and small businesses may benefit from the physical presence rule, but here South Dakota affords small merchants a reasonable degree of protection. Finally, other aspects of the Court’s Commerce Clause doctrine can protect against any undue burden on interstate commerce, taking into consideration the small businesses, startups, or others who engage in commerce across state lines. The potential for such issues to arise in some later case cannot justify retaining an artificial, anachronistic rule that deprives States of vast revenues from major businesses. Pp. 2096 – 2099.

In the absence of Quill and Bellas Hess, the first prong of the Complete Auto test simply asks whether the tax applies to an activity with a substantial nexus with the taxing State, 430 U.S., at 279, 97 S.Ct. 1076. Here, the nexus is clearly sufficient. The Act applies only to sellers who engage in a significant quantity of business in the State, and respondents are large, national companies that undoubtedly maintain an extensive virtual presence. Any remaining claims regarding the Commerce Clause’s application in the absence of Quill and Bellas Hess may be addressed in the first instance on remand. Pp. 2099 – 2100.

The Retail Work Group is a vibrant network of DME industry stakeholders (suppliers, manufacturers, consultants) that meets once a month via video conference during which (i) an expert guest will present a topic on an aspect of selling products at retail, and (ii) a question and answer period will follow. The next Retail Work Group video conference is scheduled for September 13, 2018, at 11:00 a.m. Central. Micah Swick, National Sales Director, for Pride Mobility Products, will present “Retail Selling: Building Rapport, Tickets and Margins.” Participation in the Retail Work Group is free to AAHomecare members. For more information, contact Ashley Plauché Manager of Government Affairs, AAHomecare (ashleyp@aahomecare.org).