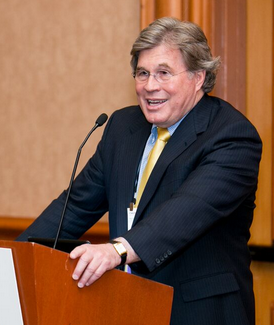 Likewise, the “new physician order” requirement created an unnecessary burden on the new supplier. Before the new supplier could bill for its products and services, it would have to wait for the physician to transmit the new order to the new supplier, which frequently also required waiting for the beneficiary to first see his physician if a new face-to-face visit was required.

This problem is exacerbated by competitive bidding. Many beneficiaries, residing in CBAs, have had to switch suppliers. This is a result of several factors:

• A DME supplier, located in a CBA, is not awarded a contract. As a result, it closes its doors.

• A DME supplier is located outside of a CBA; the vast majority of its customers are not covered by competitive bidding. However, because of the low Medicare reimbursement rates applied to non-CBAs, the supplier does not find it to be financially feasible to continue to bill Medicare. As a result, the supplier (i) closes its doors or (ii) sells all or a portion of its assets to another supplier, and in conjunction with the sale, transfers its Medicare patients to the purchaser.

For years, DME industry stakeholders have explained to CMS that the requirement of a new physician’s order (when a beneficiary switches suppliers) is not necessary and causes unnecessary hardship on both the beneficiary and the new supplier. Up to now, the industry’s concerns fell on deaf ears. It appears, though, that the fall-out from competitive bidding has garnered CMS’ attention.

• Summary of Changes: “The purpose of this change request (CR) is to instruct contractors to accept timely orders and medical documentation, regardless of whether the supplier received the documentation directly from the beneficiary’s eligible practitioner or from another, transferring supplier.”

• Background: “The DMEPOS Competitive Bidding Program uses competition amongst suppliers to improve the effectiveness of the Medicare methodology for setting DMEPOS payment amounts, while ensuring beneficiary access to quality items and services. Industry has suggested that competition may be bolstered and provider burden limited by allowing suppliers to accept medical documentation from other suppliers who previously held responsibility for that beneficiary. This change in the Center for Medicare & Medicaid Services (CMS) instruction would permit contractors to accept timely orders and medical documentation, regardless of whether the supplier received the documentation directly from the beneficiary’s eligible practitioner for from a transferring supplier.”

• Requirement: “Contractors shall, in those instances in which the documentation is not transferred, continue to require a new order/documentation be received by the supplier from the treating physician/practitioner.”

• Medicare Program Integrity Manual, Chapter 5, § 5.2.7. is amended to read as follows: “A new order is required in the following situations:
– There is a change in the order for the accessory, supply, drug, etc.;

– On a regular basis (even if there is no change in the order) only if it is so specified in the documentation section of a particular medical policy;

– When an item is replaced; and

– When there is a change in the supplier, if the recipient supplier did not obtain a valid order for the DMEPOS item from the transferring supplier.

Jeff Baird and Lisa Smith will be presenting the following webinar:

Wednesday, April 12, 2017
2:30-4:00 p.m. EASTERN TIME
On June 23, 2016, CMS published the July Fee Schedule for DME suppliers … and it is ugly. The rates encompass the expansion of competitive bid rates to non-CBAs. The cuts range between 45%-59% on common respiratory products, but reach 82% on TENS units and Enteral IV Poles. The bottom line is that Medicare will pay as little as possible for DME. In response, suppliers need to distance themselves from Medicare fee-for-service. This webinar will discuss ways that the DME supplier can accomplish this. For example, the supplier can elect to be nonparticipating and provide DME on a non-assigned basis. Doing so raises a number of questions. For example: (i) What does it mean to bill non-assigned? (ii) If the supplier bills an item non-assigned, then can the supplier set the price without limitations? (iii) Can a supplier bill a rental item non-assigned? Additionally, the supplier can work with hospitals to reduce the incidences of readmissions of patients soon after discharge; to accomplish this, the supplier and a hospital can jointly own a DME operation … or the supplier and the hospital can enter into a collaborative agreement. And yet another approach the supplier can take is to furnish DME that provides a higher profit and discontinue furnishing DME that is unprofitable.

Jeff Baird will be presenting the following webinar:
Webinar sponsored by Mediware Information Systems, Inc.
Waiver or Reduction of Medicare and Commercial Co-Payments: What DME Providers Can and Can’t Do

Thursday, April 20, 2017
1:00 p.m. CENTRAL TIME
When every dollar counts in the DME industry, it is vital that suppliers make every effort to collect copayments and deductibles. In many cases, it is challenging when patients do not have supplemental insurance, and the supplier gets in the habit of routinely waiving co-payments. This is why DME suppliers need to understand that this behavior can result in an investigation from the OIG for potential fraud.

Join Jeffrey S. Baird, Esq., Chairman of the Health Care Group of Brown & Fortunato, P.C., to learn the latest DME requirements regarding co-payments from Medicare beneficiaries and commercial patients, and the steps that the supplier should take before waiving a co-payment.

Register for “Waiver or Reduction of Medicare and Commercial Co-Payments:  What DME Providers Can and Can’t Do” on Thursday, April 20, 2017, 1:00 p.m. CT, with Jeffrey S. Baird, Esq., of  Brown & Fortunato, PC
Please contact Kolby Wegener at Kolby.Wegener@mediware.com if you experience any difficulties registering.

This webinar is free for attendees.

Jeffrey S. Baird, JD, is Chairman of the Health Care Group at Brown & Fortunato, PC, a law firm based in Amarillo, Tex. Lisa K. Smith, JD, is an attorney with the Health Care Group at Brown & Fortunato, P.C. They represent pharmacies, infusion companies, HME companies and other health care providers throughout the United States. Baird and Smith are Board Certified in Health Law by the Texas Board of Legal Specialization. Jeff Baird can be reached at (806) 345-6320 or jbaird@bf-law.com. Lisa Smith can be reached at (806) 345-6370 or lsmith@bf-law.com.