AMARILLO, TX - Assume that “John Smith” owns 100% of the stock of ABC Medical Equipment, Inc. Assume that Smith wants to sell ABC. This article will discuss key issues pertaining to the sale of ABC.

AMARILLO, TX - Assume that “John Smith” owns 100% of the stock of ABC Medical Equipment, Inc. Assume that Smith wants to sell ABC. This article will discuss key issues pertaining to the sale of ABC.

AMARILLO, TX – Assume that “John Smith” owns 100% of the stock of ABC Medical Equipment, Inc. Assume that Smith wants to sell ABC. This article will discuss key issues pertaining to the sale of ABC.

Asset Sale
If the sale of ABC is an asset sale, then the seller is ABC. It sells its inventory, equipment, and patient files. After the sale, Smith will continue to own ABC. However, ABC will be a shell corporation; it will have no assets other than the purchase price paid to it for its assets. 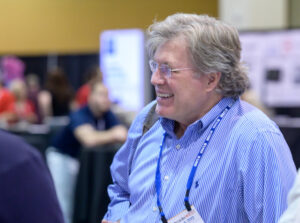 XYZ will not assume ABC’s liabilities. For example, assume that XYZ purchases ABC’s assets on 11/1/22. Assume that on 3/1/23, a UPIC instigates a large audit against ABC for activities it conducted prior to 11/1/22. The audit is not XYZ’s problem. Rather, it is ABC (that continues to be owned by Smith) that need to respond to the audit.

ABC’s accreditation, PTAN, state licensure, and Medicaid provider number cannot be assigned (transferred) by ABC to XYZ. XYZ will need to secure new accreditation, a new PTAN, new state licensure and a new Medicaid provider number. It is likely that ABC will not be able to assign its commercial insurance contracts to XYZ. This means that XYZ will need to secure new insurance contracts.

Unlike an asset sale resulting in ABC becoming a shell company, ABC will continue on as an operating company. The only difference is that Smith is “out” as ABC’s owner … and Brown is “in” as ABC’s owner.

ABC will continue to own its PTAN, accreditation, DME licensure, surety bond and Medicaid provider number. Before and/or after closing, ABC will be required to submit change of ownership (“CHOW”) notifications to the National Supplier Clearinghouse (“NSC”), ABC’s accrediting organization, the agency issuing DME licensure, the surety bond issuer and the state Medicaid program. Because ABC’s PTAN will remain intact, there will be no break in billing (i.e., no break in cash flow).

Brown inherits ABC “warts and all.” In other words, whatever liabilities (known or unknown) that ABC has before closing will remain with ABC after closing. ABC’s pre-closing liabilities will not be imposed on Brown, individually. However, the company that Brown bought (ABC) will have to deal with the liabilities.

Disclosure of Financials
The seller will disclose its financial documents to the buyer.

Letter of Intent (“LOI”)
This a detailed, but mostly non-binding, letter signed by the seller and buyer. The LOI sets out the “terms of the deal.” Among other provisions, the LOI contains the purchase price … including how the purchase price will be paid.

1:30-2:30 p.m. CENTRAL TIME
Manufacturers are increasingly bringing to market innovative products designed to be used by patients in their homes. In order to successfully launch a new product, manufacturers must understand the impact and role of HCPCS codes, Medicare coverage, and payment rules as these will heavily influence how manufacturers can market the new product.  Equally as important, DME suppliers need to recognize how HCPCS codes, Medicare coverage and payment rules will impact their ability to sell the new products. This program will take the often confusing guidelines regarding coding, coverage and payment … and break the guidelines into plain language.