AMARILLO, TX – The U.S. Department of Justice (“DOJ”) and the Office of Inspector General (“OIG”) have become much more aggressive in bringing civil and criminal investigations against DME suppliers and their owners. Many investigations are a result of qui tam (whistleblower) lawsuits. This is when a disgruntled ex-employee, disgruntled current employee, or any other person with “original facts,” files a federal lawsuit against the supplier and its owners. The lawsuit will be in the name of the current/ex employee (“relator”) and in the name of the U.S.

Qui Tam Lawsuits
The qui tam lawsuit will be based on the federal False Claims Act (“FCA”). It is the position of the DOJ that if the supplier commits an act that violates any law (civil or criminal), and if the supplier eventually submits a claim to a government health care program (in which the claim directly or indirectly is related to the act), then the claim is a “false claim.”

Under the FCA the supplier (and its individual owners) can be liable for actual damages, treble damages, and between $10,781 to $21,563 per claim. 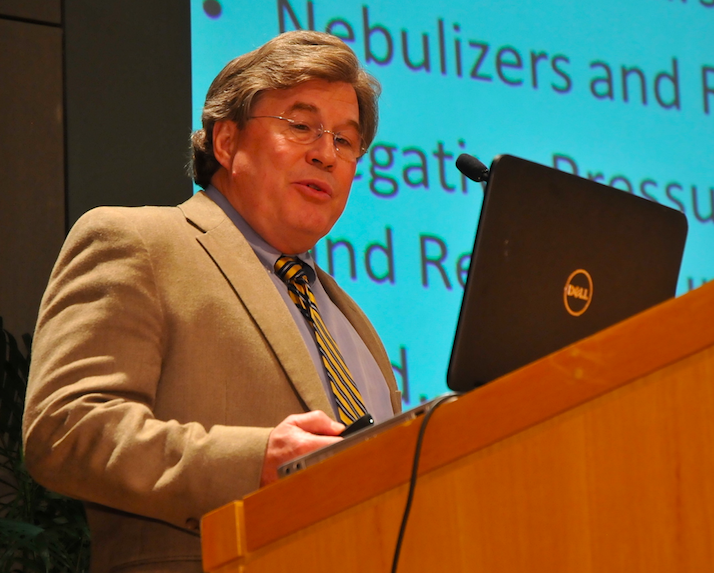 The investigation may take six months, or it may take several years. If the civil AUSA believes that the supplier’s actions are particularly serious, then he/she may ask a criminal AUSA to launch a criminal investigation. In fact, most criminal health care fraud investigations arise out of qui tam lawsuits. Often, a supplier will have to resolve two cases brought by the DOJ:  a civil case … and a criminal case.

Because of the potential massive liability under the FCA, most qui tam lawsuits are settled (i.e., the supplier pays a lot of money). In addition to paying money to the DOJ (of which 15% to 20% will go to the relator), the supplier will usually be required to enter into a Corporate Integrity Agreement (“CIA”) with the OIG. A CIA normally has a 5 year term.  Under the CIA, the supplier must fulfill a number of obligations to the OIG.

Sifting Through Data
Change in Billing Pattern – Assume that a DME supplier exhibits a history of billing. For example, the supplier bills about the same amount each year, with reasonable annual increases. Now assume that the dollar amount of claims submissions rapidly increases as a result, for example, of purchasing leads and/or engaging in a telehealth arrangement. DME MACs will take notice of this sudden increase and will (i) place the supplier on prepay review, (ii) conduct post-payment audits, or (iii) ask a ZPIC to conduct an audit. These steps may lead to a government investigation.

Billing Pattern Falls Outside the Norm – The DME MACs have data indicating what a normal billing pattern is for a particular product … in a particular geographical location. If a supplier’s billing pattern falls outside this “norm,” then the supplier will be scrutinized.

Government Interviews Witnesses
Interview of Physicians – Agents of CMS contractors (e.g., ZPICs) and of governmental agencies (e.g., DOJ and OIG) will call or personally visit physicians whose names are on a DME supplier’s orders. The agents will attempt to determine if the order is “physician/patient driven” or if it is “DME supplier driven.”

Interview of Patients – Agents will call or personally visit patients to determine (i) if they received the product for which the government was billed and (ii) if they really wanted the product (or if the process was “DME supplier driven”). Agents often intimidate elderly patients. Afraid that they “will lose their Medicare benefits,” the patients will often say whatever the agents “lead them on to say.”

Another important reason for a vibrant compliance program is to provide to employees a safe process by which they can voice concerns about the supplier’s practices. Most employees do not, at the outset, plan on becoming a qui tam relator. Normally, an employee becomes a qui tam relator only after the employee brings a concern to management … and management does not treat the employee’s concern seriously. Out of frustration and anger, the employee will contact an attorney. If the employees know that they can safely (and if they desire, confidentially) go to a compliance officer with a concern, then the risk of an employee talking to a qui tam attorney decreases.

Selling at Retail: Legal Guidelines to Follow
Presented by: Jeffrey S. Baird, Esq., Brown & Fortunato, P.C.
Tuesday, July 25, 2017
2:30-4:00 p.m. EASTERN TIME
DME suppliers are caught in the “perfect storm” of competitive bidding, aggressive audits, low reimbursement and strict documentation requirements. As a result, it is extremely difficult for suppliers to rely on the traditional Medicare fee-for-service business model. Out of necessity, many suppliers are pushing themselves out of their comfort zone and are entering the retail/cash market. What this means is that suppliers are requiring customers, including Medicare beneficiaries, to pay cash for items. These include Medicare covered items and items not covered by Medicare. The law allows suppliers to do this, but as is often the case “the devil is in the details.” This webinar will discuss what the law says DME suppliers can … and cannot … do as they push into the retail/cash market. For example, what can suppliers charge when they sell a Medicare covered item for cash? Are there any restrictions on selling non-covered items for cash? When suppliers sell or rent items for cash on a non-assigned basis, must they submit a claim to Medicare for the customer? And when is it proper to use an ABN? These and other questions will be answered in this webinar.