Interplay Between Stark and the Kickback Statute

Interplay Between Stark and the Kickback Statute

AMARILLO, TX – The Federal Anti-Kickback Statute (AKS) prohibits knowingly and willingly offering, paying, soliciting, or receiving, directly or indirectly, anything of value if the purpose is to induce the recipient to refer, order, recommend, or purchase an item or service for which payment may be made under a federal health program…or to arrange for someone else to do so. Any person (or any entity) can be a referral source: physician, nurse, PT, marketing company, kindergarten teacher, etc. Because of the breadth of the AKS, the Office of Inspector General (“OIG”) has published a number of “safe harbors.” If an arrangement complies with a safe harbor, then as a matter of law the arrangement does not violate the AKS. If an arrangement does not comply with a safe harbor, then it does not mean that the arrangement automatically violates the AKS; rather, it means that the parties to the arrangement will need to closely examine the arrangement in light of the language of the AKS, court decisions, and other published guidance. 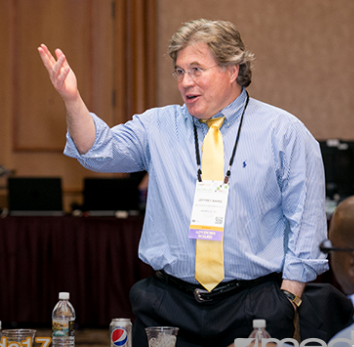 The Federal Stark Physician Self-Referral Statute (Stark) prohibits physicians from referring Medicare/Medicaid patients to a provider in which the physician has a financial (ownership or compensation) relationship for the furnishing of “designated health services.” Designated health services include DME, outpatient prescription drugs, and parental and enteral nutrition, among others. There are a number of exceptions to Stark, including the nonmonetary compensation exception (NCE). The NCE allows the DME supplier to provide gifts to a physician so long as all of the gifts in a calendar year do not exceed a certain dollar amount in value. For 2018, the dollar amount is $407. Each calendar year, the dollar amount is adjusted to take inflation into account. If a physician is in a multi-physician group, then in 2018 the provider can spend up to $407 per physician.

Jeff Baird and Lisa Smith will present the following webinar:

Billing on a Non-assigned Basis

On June 23, 2016, CMS published the July Fee Schedule for DME suppliers … and it is ugly. The rates encompass the expansion of competitive bid rates to non-CBAs. The cuts range between 45%-59% on common respiratory products, but reach 82% on TENS units and Enteral IV Poles. The bottom line is that Medicare will pay as little as possible for DME. In response, suppliers need to distance themselves from Medicare fee-for-service.

This webinar will discuss ways that the DME supplier can accomplish this. For example, the supplier can elect to be nonparticipating and provide DME on a non-assigned basis. Doing so raises a number of questions. For example:

Billing non-assigned ties into selling at retail. A DME supplier is engaged in “retail” when it sells an item for cash. The item sold may or may not be covered by Medicare … and the purchaser may or may not be a Medicare beneficiary. This webinar will discuss the legal parameters within which the supplier can engage in retail cash sales.