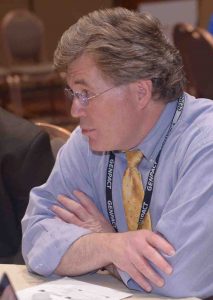 These suspect arrangements are normally the “brainchild” of LGCs. The LGCs know how to gather thousands of names but they need DME suppliers to “monetize” the leads. And so the LGCs create – or contract with – telehealth companies to generate physician orders for the DME suppliers. Based on these physician orders, the DME suppliers can “monetize” the leads by billing and collecting from Medicare. There are four parties to this arrangement that have kickback exposure: the LGC, the telehealth company, the physician, and the DME supplier. At the end of the day, it is the DME supplier that is the “low hanging fruit” for government enforcement agencies. The government can immediately shut down the suppliers by suspending payments and revoking PTANs. While the LGCs and telehealth companies can be targeted by the Department of Justice (“DOJ”), because they do not have PTANS/NPIs they more often than not just “fade away” and are forgotten. It is the DME supplier that is left holding the bag. [Up to this point, I have not seen the telehealth physicians targeted. However, that might change.]

In addition to the kickback risk, CMS has taken the position that it will not pay for orthotics unless the following requirements are met:
• The Medicare beneficiary resides in (i) a rural Health Professional Shortage Area (“HPSA”) located either outside of a Metropolitan Statistical Area (“MSA”) or in a rural tract or (ii) a county outside of a MSA.
• The telehealth encounter cannot occur in the beneficiary’s living room. Rather, the beneficiary must drive his car to an “originating site.” The following are “originating sites”: physician offices, hospitals, Critical Access Hospitals (“CAHs”), Rural Health Clinics, Federally Qualified Health Centers, hospital-based or CAH-based Renal Dialysis Centers (including satellites), Skilled Nursing Facilities (“SNFs”), and Community Mental Health Centers (“CMHCs”).
• The telehealth encounter must be both visual and audio.

As my August 7 article discussed, we are witnessing CMS contractors suspending payments to, and conducting reviews of, DME suppliers that engage in suspect telehealth arrangements. Since my August 7 article, we are witnessing a new phenomenon: PTAN revocations. Historically, when CMS concludes that a DME supplier is violating a supplier standard, the National Supplier Clearinghouse (“NSC”) sends a letter to the supplier that (i) points out the violation and (ii) gives the supplier the opportunity to submit a Corrective Action Plan (“CAP”).

The CAP normally says something like this: “You are right. We messed up. Won’t happen again. Here are the steps we have taken to avoid repeating the mistake.” Normally, the NSC accepts the CAP and the supplier “goes on down the road.” In the past, I have seen NSC letters…and the resulting CAPs…address problems arising out of the supplier shipping products into states in which the supplier does not have an out-of-state DME license. The CAP promises not to ship any more products into those states until the supplier secures the required licensure.

Giving the DME supplier the opportunity to submit the CAP is the government’s “gentle and kind approach.” Now, CMS is embarking on a “scorched earth” approach. Recently, DME suppliers (that have shipped products into states without having an out-of-state DME license) have received letters not from the NSC, but from CMS’ Division of Enforcement Actions/Provider Enrollment & Oversight Group. The CMS letters do not give the suppliers the opportunity to submit a CAP. Rather, the letters state that the supplier’s PTAN will be revoked and the supplier’s only remedy is to request a reconsideration. For example, a recent letter states:

[Name of DME supplier] provided DMEPOS for a period of nearly two (2) months without a license. Failure to obtain the appropriate licensure constitutes a violation of a basic enrollment requirement. Thus, the billing between _____, 2017 and _____, 2017 was abusive and improper.

If you believe that this determination is not correct, you may request a reconsideration before a contractor hearing officer. The reconsideration is an independent review and will be conducted by a person not involved in the initial determination. You must request the reconsideration in writing to this office within 60 calendar days of the postmark date of this letter. The reconsideration must state the issues or findings of fact with which you disagree and the reasons for disagreement….This is your only opportunity to submit information during the administrative appeals process; you will not have another opportunity to do so unless an administrative law judge specifically allows you to do so under 42 CFR 498.56(e).

While a CAP allows the supplier to admit a  mistake and promise to fix the mistake, a request for reconsideration does not include such flexibility. And so the message for DME suppliers, particularly orthotic suppliers, is to make sure that they meet every state requirement before shipping products into that state.