The study, Analysis of the Cost of Providing Durable Medical Equipment to the Medicare Population: Measuring the Impact of Competitive Bidding, finds that, on average, the products surveyed were reimbursed at 88% of the overall cost of providing the products when all operational costs and the cost of goods are considered, as noted below:

“The data are remarkably consistent in showing that the reimbursement-to-cost ratio is significantly less than 100%,” noted Allen Dobson, Ph.D, one of the study’s authors. “No matter how the data is sliced, by organization size and/or product category, the current reimbursement model does not cover provider costs.  That is likely unsustainable over the long term.” 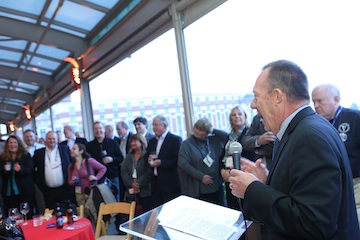 AAHomecare’s report comes on the heels of a September 2016 Government Accountability Office (GAO) report that was just made available to the public on Monday. The GAO report finds that the number of beneficiaries using home medical equipment services and supplies fell nearly three times as fast in competitive bidding areas (-17 percent) as in non-competitive bidding areas (-6 percent), and GAO also notes instances of access problems and delivery delays which may be increasing beneficiary hospital use.  See the following story for AAHomecare’s summary of the GAO report.

“The new GAO findings are consistent with these study results,” added Dobson. “Taking both of these studies together, it’s evident that the competitive bidding process should be carefully examined and monitored to determine if problems encountered warrant fundamental changes to the program in order to avoid the possibility of severe dislocation to the home medical equipment industry and the patients it serves.”

The study was commissioned by AAHomecare and was performed by Dobson DaVanzo & Associates, a leading health economics and policy consulting firm based in the DC metropolitan area. Their work has influenced the design of demonstrations and public policy decisions, and appears in numerous instances in legislation and regulation.

AAHomecare plans to use the report’s findings to both support legislative action on competitive bidding rural relief legislation in the post-election “lame duck” congressional session and to bolster longer-term efforts to improve the bidding system to provide sustainable pricing and more transparent operations.

This report would not have been possible without contributions of the many individuals that participated in the cost study survey and provided their company data. Thanks are also in order for members of the industry Technical Advisory Panel for their valuable input in developing the survey and assessing the results: Steve Ackerman (Spectrum Medical), Bill Guidetti (Apria), Mark Higley (VGM), James Kirkpatrick (Rotech), Joel Marx (Medical Service Co.), Joey Tart (Family Medical Supply), Gwen Turner (Roberts Home Medical), and Laura Williard (AAHomecare).

More industry participation is sought to make a stronger case for audit reform. Even if you didn’t participate in the earlier data submission rounds, you can still take part in the survey. See highlights from the 2nd Quarter 2016 report here.

The HME Audit Key is a free web-based survey the American Association for Homecare developed in response to a lack of data and information provided by the Centers for Medicare & Medicaid Services (CMS) on the impact the audit programs are having on HME Suppliers.

Visit www.hmeauditkey.org to contribute your data to the HME Audit Key survey.

Reminder: Individual Audit Data is NOT Required – For those of you who have not yet delved into the system, please be assured that the Audit Key does not require you to submit data on individual claims, but instead seeks cumulative counts of pre- and post-payment audits and appeal claim outcomes under DME MAC, RAC and SMRC reviews. You can see presentations on preparing and entering your data here.

How does my company benefit by participating? In addition to providing critical data for the campaign for audit reform, individual suppliers will have access to their own quarterly survey results, and will have access to aggregate survey results and key findings.  Suppliers can use this information to see how they compare to others in terms of audit volumes and appeal overturn rates.

Data Security Assured: Your company’s individual information will never be shared, but will be included in the aggregate data. See additional details on how your data is protected in the Audit Key.

The The HME Audit Key is sponsored by the The American Association for Homecare.

On October 17, 2016, the Government Accountability Office (GAO) published the report: CMS’s Round 2 Durable Medical Equipment and National Mail-order Diabetes Testing Supplies Competitive Bidding Programs. The GAO found that the number of beneficiaries receiving durable medical equipment (DME) covered under the competitive bidding program (CBP) generally decreased after implementation of Round 2 and the National Mail-Order Program. The GAO also found that some competitions only had a single active supplier or a single supplier with a large market share.

You can find AAHomecare’s summary here.