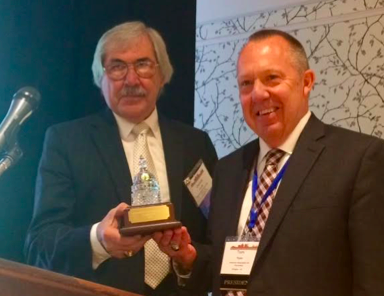 WASHINGTON, DC – The message was clear at last week’s 2017 Washington Legislative Conference – change is needed now. The strong presence of providers and manufacturers on Capitol Hill drove home the message that the HME industry remains committed to furnishing essential and literally life-saving products and services to patients. But HME advocates are also making it clear to Congress that unsustainable reimbursement rates and other policy changes are threatening providers and patients alike.

At the kickoff luncheon, the industry began by recognizing George Kucka for his passion and dedication to the advancement of the industry. George is president of Fairmeadows Home Health Center in Schererville, Indiana. He has served on the AAHomecare board of directors and in leadership positions on many of the AAHomecare Councils. George has significantly advanced the homecare community’s legislative goals and has also inspired and motivated others to join the fight for better federal policy for the home medical equipment sector.

Thank you to John Letizia, Past Chairman of the Board
WASHINGTON, DC – John Letizia presided over his last Association meeting at the Legislative Conference as Chairman, leading the members in the vote on the new leadership. 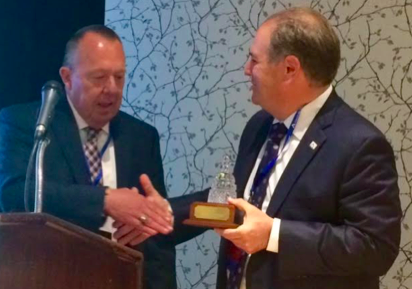 “Passion for the people we serve, passion for our colleagues, and passion for our industry. No other industry has more passion for people than the people in this room and in our industry,” said Letizia, as he thanked the board and members for the honor of serving. Letizia is president of Laurel Medical Supplies, a longtime family-owned business with three locations in Pennsylvania and one in Maryland.  He knows first-hand the trials faced by this industry and accepted the challenge of serving on the board with determination and vision.

During his tenure, the Association has gained ground through public policy and regulatory wins. He has led with focus, integrity, and patience, considering impacts on every member and beneficiary when guiding the board to decisions.

John went on to tell conference attendees, “I know that time is of the essence but right now we need a little patience. I would like to share three dates with you. February 10th, March 13th and April 5th. On February 10th Sec Price was confirmed, on March 13th Seema Verma was confirmed and on April 5th the AAHomecare team had their first meeting with Selma Verma and her staff. We have seen more movement in the last several months than we have in the last several years.”

Ackerman Takes the Reins as Chairman

WASHINGTON, DC – With an eye on the future of the Association and industry, the AAHomecare membership voted in Steve Ackerman as the new chairman of the board. Ackerman, CEO of Spectrum Medical, Inc. in Silver Spring, Maryland, thanked the prior chairs of the board and reiterated the industry is in a stronger position than it has been previously, stating, “The fires are burning at CMS,” referring to the many meetings AAHomecare has had with the regulatory agency.

The HME community will spent the next two days in meetings with legislators discussing the complexities of durable medical equipment policy, the “double dip” cuts for stationary oxygen for rural providers, and preventing the application of bidding-derived reimbursement rates to complex rehab accessories.