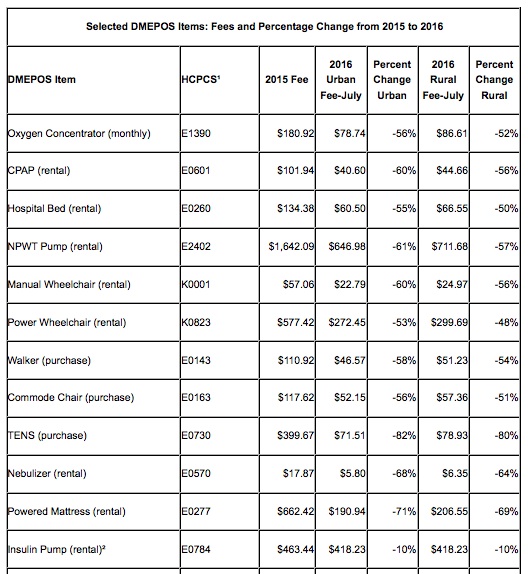 WASHINGTON, DC – Shortly after the Senate passed legislation (S. 2736) via unanimous consent to delay a new round of cuts to rural and non-bid area suppliers, similar legislation on the House side stalled due to an unrelated “sit-in” that ground proceedings to a halt.

“Senator Thune and Senator Heitkamp deserve a great deal of credit for their leadership in passing legislation that is critically needed by home medical equipment suppliers and the millions of patients they serve,” said Tom Ryan, AAHomecare president and CEO, shortly after the Senate passage.

Just minutes after AAHomecare updated members about the status of rural relief legislation on Capitol Hill, CMS released the 2016 DMEPOS fee schedule amounts set to take effect on July 1 for certain items outside of Competitive Bid Areas. Amounts were adjusted based on information from the bidding program.

More information and examples of selected price changes from 2015 to 2016 can be found in CMS’ newly released fact sheet.  Price changes in rural items shown in CMS’ examples range from a 10% reduction for insulin pump rental rates to an 80% reduction for TENS units (contiguous U.S. rates). Among the 15 products highlighted in the fact sheet, eleven show reductions of 50% or greater vs. the 2015 fee schedule. 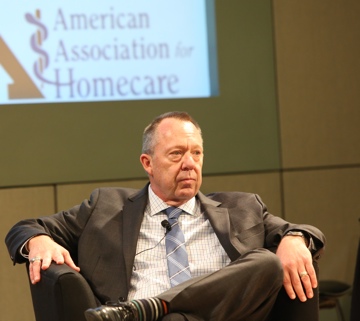 AAHomecare will analyze a selection of the codes that will be representative of overall cuts and provide additional information, but a note to members said, “it’s clear that these are cuts that will be devastating for providers and patients alike in these areas, and ultimately unsustainable for a healthcare infrastructure serving the needs of a growing senior population, as well as people with disabilities and chronic conditions who depend on HME.”

“Whatever the next steps are in the effort to get relief for rural providers, we’re only going to accomplish it by working together,” said Tom Ryan, president and CEO of AAHomecare. “We look forward to standing shoulder to shoulder with other leaders in the HME space, including state and regional associations, group purchasing organizations, respiratory and mobility associations, and Medtrade to go forward. We truly believe there’s a lot we can accomplish on this issue, and on other major legislative and regulatory goals for our industry—but we’re only going to make it happen if we stand together. We need that spirit now more than ever.”