FORT COLLINS, CO – Banking on potential can make people lots of money, or drive them insane. If you buy a property in a burgeoning community and sell it a decade later for big profits, you’ve realized the potential. But what if the city hits hard times, and jobs fly away to nearby towns?

In sports, the cliché has long been: potential gets coaches fired. After all, the coach can only wait so long for talent to bloom. As we near the start of the NFL season, the Denver Broncos are living the cliché.

Their 2016 first round draft pick has a rocket arm, a 6’ 7” frame, and speed to burn. And yet, a 7th round draft pick with solid “decision making” has once again beat him out for the starting job. 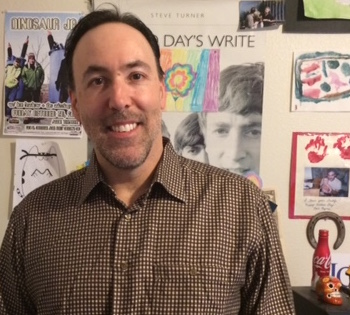 The new coach knows the upside is higher with the first rounder, but he foresees losses piling up while the “athlete” learns the ropes. All NFL coaches are on a short leash, and the Broncos coach wants to get as many wins as he can.

For many years now, the HME industry has largely been stuck in “potential” mode. Providers have lost their jobs while CMS “referees” change the rules mid season and drag them backward via phantom penalties (audits!). Worse yet, CMS referees devised a competitive bidding “game” years ago with massive flaws. Adjusting the game plan to cope is not easy.

With so much carnage over the last few years, is the industry even healthy enough to take advantage of the potential? At Medtrade, we believe it is. Our fate is inevitably tied to the miseries (and successes) of the industry, and as a result, we are hell-bent on doing our part to inspire, educate, and motivate HME providers twice a year—in Las Vegas and Atlanta.

Could you use a bit of inspiration? Of course you could. Sometimes you need to get away from the business if you really want to pay attention to the business. A trip to the Medtrade show floor, along with attendance at several educational sessions, is what you need. Medtrade is Oct 23-25, 2017, at the Georgia World Congress Center in Atlanta. Click Here to register. I look forward to seeing you at Medtrade where we can help your potential turn into real success.

Greg Thompson is media relations director for Medtrade and editor of Medtrade Monday.