Hazards of Packing Up Early? A Cautionary Tale

Hazards of Packing Up Early? A Cautionary Tale

LAS VEGAS – Most trade show exhibitors occasionally feel the urge to pack up early. Feet hurt and attendees on the floor may appear to be heading for the airport. Jim Gilkison, vice president, Sales, SoClean, knows the feeling, but he stayed put at Medtrade Spring 2018, and it paid off. 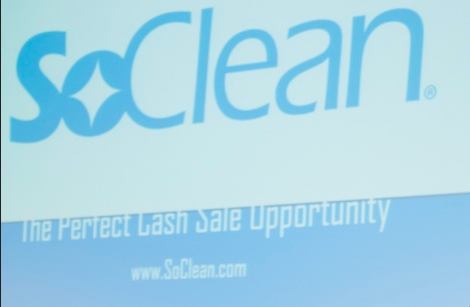 “The gentleman who approached us [during the last minute on the final day] was retired military, and his business focuses on providing medical supplies to the Veterans Administration (VA) through different outlets in different states,” says Gilkison. “We were on his list of companies that had a product that could benefit the needs of their veteran population.”

The man was from California, and SoClean was the last exhibitor on his list. “He explained how it could be mutually beneficial for both of us to work together, and our follow-up will be based on the geographic regions he handles, who his contacts are, and what other complimenting products he sells,” explains Gilkison. “We will take it from there.”

As a veteran of many trade shows, Gilkison jokes that at the end of every show, he listens for the tell-tale screech of packing tape, which tends to resonate loudly throughout expo halls. When he hears it, he can only shake his head.

“You need to make the most of every minute to meet with customers,” he says. “On the customer side, they are often struggling to get through all the booths in a limited time during the one and a half days of the show. You have to be respectful of their time, because they plan their day based on the show hours that are advertised, not the show hours that some exhibitors wish they had.”

Medtrade account executive York Schwab (pictured) hears the stories of big clients landed at the end of shows, even after regular expo hours. And yet, he still sees exhibitors packing up early. “We hear about last minute whales caught in the waning moments,” he says. “Something we can never know; How many whales, or other clients, get away because some exhibitors insist on packing up early? Some clients may see, and hear, that packing tape from a hundred feet away and figure, ‘I guess they don’t want my business.’ You never know who is around the corner.”