AMARILLO, TX – 2022 has been an eventful year and 2023 will certainly not be boring. With 78 million Baby Boomers retiring at the rate of 10,000 per day, and with many Boomers living well into their 80s, the demand for DME will only increase. And technology is always a couple of years ahead of the law, meaning that federal and state legislators and regulators are constantly scrambling to keep up with what is taking place in the marketplace. This program will discuss important compliance issues DME suppliers will face in 2023. 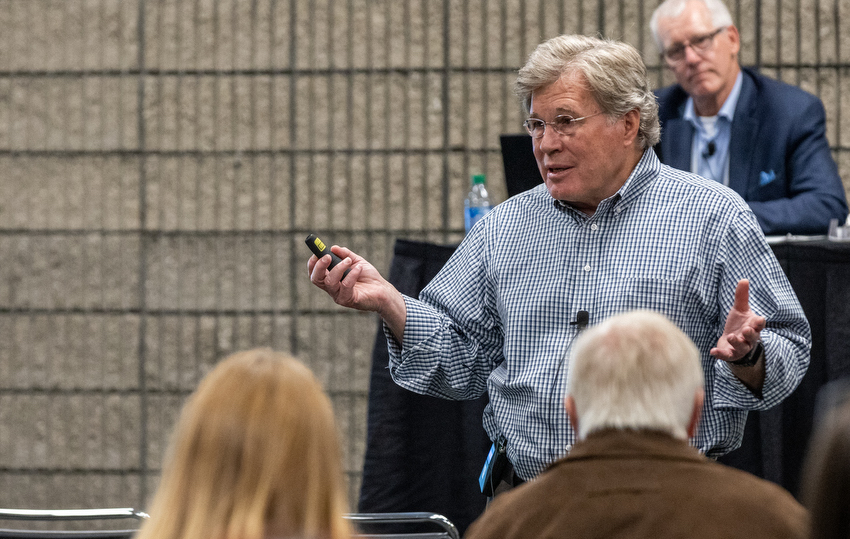 Federal Beneficiary Inducement Statute
This statute prohibits a supplier from offering or giving anything of value to an FHCP patient that the supplier knows, or should know, is likely to persuade the person to purchase an item covered by an FHCP. In the preamble to the regulations implementing this statute, the Office of Inspector General (“OIG”) stated that the inducement statute does not prohibit the giving of non-cash/non-cash equivalent gifts that are of “nominal value.” The OIG defines “nominal value” as no more than $15 per item or $75 in the aggregate to any one beneficiary on an annual basis.

“Nominal value” is based on the retail purchase price of the item.

Federal Physician Self-Referral Statute (“Stark”)
This statute provides that if a physician has a financial relationship with an entity providing “designated health services,” then the physician may not refer Medicare/Medicaid patients to the entity unless a Stark exception applies. Designated health services include DME. One of the exceptions to Stark provides that a DME supplier may provide non-cash equivalent items to a physician if such items do not exceed an annual amount established by CMS.  For 2022, such amount is $452.

States
All states have enacted statutes prohibiting kickbacks, fee splitting, patient brokering, and/or self-referrals. Some state statutes only apply when the payor is a state health care program. Other state statutes that apply regardless of the identity of the payor.

1099 Independent Contractor
The OIG has repeatedly expressed concern about percentage-based compensation arrangements involving 1099 independent contractor sales agents. In Advisory Opinion No. 06-02, the OIG stated that “[p]ercentage compensation arrangements are inherently problematic under the Anti-Kickback Statute, because they relate to the volume or value of business generated between the parties.” A number of courts have held that marketing arrangements (involving 1099 independent contractors) are illegal under the AKS and are, therefore, unenforceable.

Prohibited Carve-Out
The OIG has taken the position that even when an arrangement will only focus on commercial patients and “carve out” beneficiaries of federally-funded health care programs, the arrangement will still likely violate the AKS.

W-2 Employee
Under the Employee safe harbor to the AKS, it is permissible for a supplier to pay to a bona fide W-2 employee (full-time or part-time) a base salary plus discretionary bonuses based on a number of factors, including the generation of business.

Utilization of a Marketing Company
In the real world, it is common for a business to outsource marketing to a marketing company.

Unfortunately, what works in the real world often does not work in the health care universe. An example of this has to do with marketing companies. If a marketing company generates patients for a DME supplier, when at least some of the patients are covered by an FHCP, the supplier cannot pay commissions to the marketing company. Such an arrangement is prohibited by the AKS.

What a DME Supplier Can Spend on a Physician
While the Stark non-monetary compensation exception allows a supplier to spend up to a set amount per year (e.g., $452 in 2022) for non-cash/non-cash equivalent items for a physician, the AKS does not include a similar exception. Nevertheless, if the Stark exception is met, it is unlikely that the government will take the position that the non-cash/non-cash equivalent items provided by the supplier to the physician violate the AKS.

Paying Physician to Provide Education Program
It is permissible for a supplier to pay a physician to present an education program if the following requirements are met:

Criminal Case
Over the past couple of years, a number of executives of Insys Therapeutics, Inc. have been convicted of engaging in a large kickback scheme. According to a Department of Justice (“DOJ”) statement, Insys used bogus educational events as a “cover” for paying kickbacks to physicians in exchange for their increased prescriptions of Subsys®, a spray version of the opioid fentanyl. The DOJ alleges that Insys arranged sham “speaker programs” that were billed as gatherings of physicians to educate them about Subsys®.

In reality, according to the DOJ, the events – usually held at high-end restaurants – mostly consisted of friends and co-workers who lacked the ability to prescribe the drug, and there was no educational component. According to the DOJ, the “speakers” were physicians who were paid fees ranging from $1000 to several thousand dollars to attend the dinners. The DOJ alleged that these payments were kickbacks to the speakers “who were prescribing large amounts of Subsys® and to incentivize those [physicians] to continue to prescribe Subsys® in the future.”

Paying for a Facility’s EHR

The applicable safe harbor is the Electronic Health Records safe harbor. It states than an entity may donate software and training services “necessary and used predominantly to create, maintain, transmit, or receive electronic health records” if a number of requirements, set out in the safe harbor, are satisfied.

Value-Added Services
Under the Hospital Readmissions Reduction Program (“HRRP”), if a patient is readmitted after discharge within a certain period of time, for a particular disease, the hospital can be subjected to future payment reductions from Medicare. To reduce its risk under the HRRP, the hospital can enter into an arrangement with a DME supplier to monitor/work with discharged patients so that they are not readmitted soon after being discharged. In working with discharged patients, the supplier can collaborate with a pharmacy, home health agency, primary care physician, etc.

In order to encourage patients to return oxygen concentrators to the DME supplier after third party payment coverage ceases, the supplier offers a $25 gift card to the patient if he will deliver the concentrator to the supplier. The supplier places an employee liaison at a facility. After a patient, before he is discharged, selects the supplier for post-discharge products and services, the liaison will facilitate a smooth transition to the supplier. The employee liaison will not perform any services that the facility is required to perform. The physician sets up times during the year in which the patients can come to the physician’s office and attend a class taught by a DME supplier that covers treatment of a particular disease state.