Baird Bonus – ALJ Backlog – Light at the End of the Tunnel

Baird Bonus – ALJ Backlog – Light at the End of the Tunnel

AMARILLO, TX – The current administrative appeals process is beyond unfair to DME suppliers. A supplier will get hit with a post-payment audit involving multiple patients. The auditing contractor will look for reasons to deny the claims and seek recoupment. The contractor will send a recoupment letter to the supplier…..and then the administrative appeals process begins. 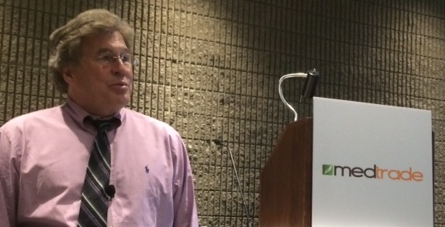 And then the supplier enters the Twilight Zone. After the reconsideration stage, the supplier will appeal to the Administrative Law Judge (“ALJ”). The good news for the supplier is that the odds of success at the ALJ stage increase appreciably.

The bad news is two-fold. First, CMS can offset while waiting for the ALJ decision. Secondly, because of the huge backlog of cases pending before ALJs, it will take years before the supplier’s appeal is heard. By the time the appeal is heard, CMS will have recouped all of the money that the supplier owes after the reconsideration stage. The supplier is in the proverbial “no win” situation.

Fortunately for the DME industry, other larger groups of providers are in the same boat. One such large group is the hospital industry. The American Hospital Association (“AHA”) brought a lawsuit to force CMS’ hand and an important ruling was recently handed down. On December 5, 2016, the U.S. District Court for the District of Columbia granted summary judgement in American Hospital Association et.al., v. Burwell in favor the AHA in its lawsuit to reduce and eliminate the backlog of Medicare reimbursement appeals.

The court order also requires DHHS to file quarterly status reports to update the statistics for the current and projected backlog, in which DHHS must also describe any significant administrative or legislative actions that will affect the backlog.

Subsequently, DHHS filed a motion for reconsideration. In so doing, DHHS argued that it will be able to meet the deadline only by “blindly paying Medicare claims without regard to merit.”

In rejecting the motion, the court stated: “The court is not unsympathetic to [HHS’] plight, nor does it take lightly the decision to intervene in an executive agency’s efforts to respond to a complex problem……This court must follow the instructions of the D.C. Circuit, however, and here the standard it set out led this court to conclude that equitable ground existed for [relief] and that the reductions timetable was the most appropriate form of such relief.”

It remains to be seen whether DHHS will appeal the court’s decision.