AMARILLO, TX – Historically, DME suppliers have taken care of Medicare patients and have billed CMS directly. This is known as “Medicare fee-for-service” (or “Medicare FFS”). Also, historically, suppliers have taken care of state Medicaid patients and have billed state Medicaid programs directly (“Medicaid FFS”). All of this is changing. 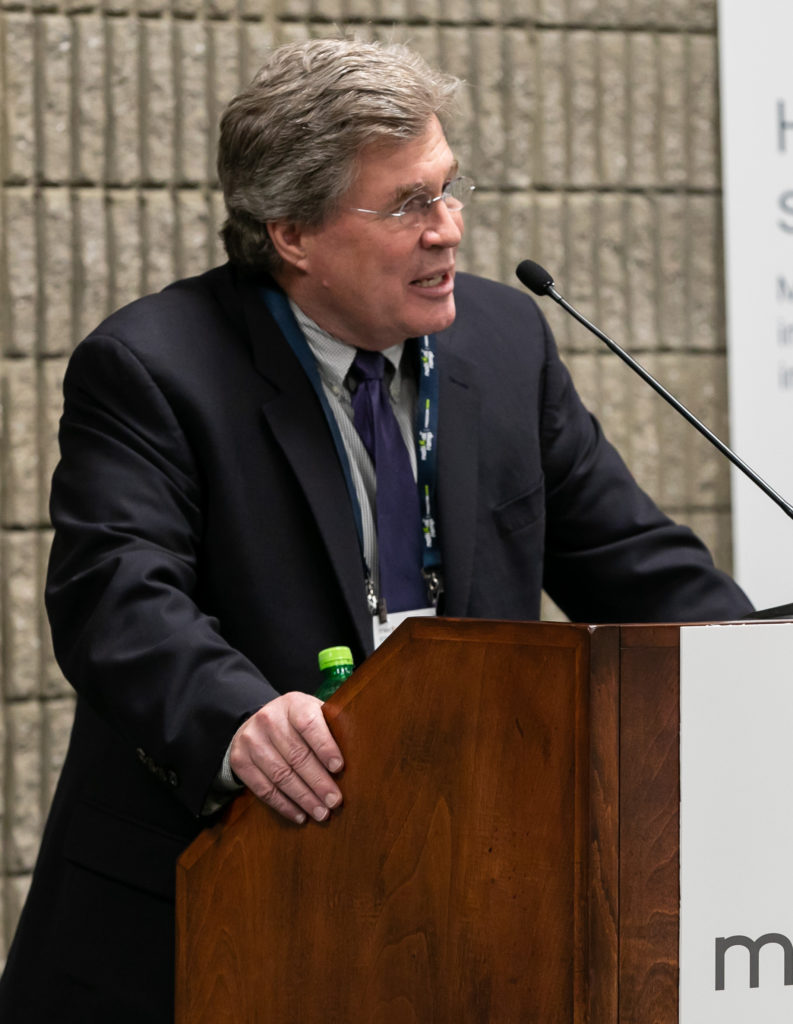 Here is how a Medicare Advantage Plan works:

As DME suppliers are being drawn into the Medicare and Medicaid Managed Care arenas, they are facing a number of challenges:

Frequently, the interpretation of a contract hinges on a single word or phrase that has no defined meaning. This may occur simply because the parties do not consider the potentially competing definitions of a specific term, or because the Plan chooses to define a term in a way that is advantageous to it.

An evergreen clause automatically renews the contract for another term if the contract is not terminated within a specified notice period prior to the end of the current year. This clause usually serves no rational purpose and is difficult to manage. Such a clause actually serves as a disincentive for the parties to regularly renegotiate the contract in the ordinary course of business. An evergreen clause is undesirable because a supplier that fails to provide notice of its intent to renegotiate within the specified time is obligated to provide services and products for another year at what may become below-market rates. Another pitfall occurs when the supplier engages in good faith negotiations that continue past the date by which the termination notice is required, thinking that it would be inappropriate. An example of an Evergreen Clause is found in a BCBS: “[T]his Agreement shall…automatically renew for each subsequent renewal term….”

Remedy for Unexcused Delay in Payment

It is reasonable to negotiate a contractual provision obligating the Plan to pay interest if payment is not made within a specified period after the receipt of a clean claim. State prompt-pay laws have created a similar remedy by requiring a Plan to pay a specified rate of interest if payment is not made within a certain number of days of receiving a “clean” or “complete” claim. However, these laws often give definitions of “clean” and “complete” claims that are too vague to be of practical assistance in enforcing the prompt-pay penalty. Suppliers should work with the Plans to specifically define “complete claim” in the context of what that Plan expects, consistent with the applicable state’s prompt-pay regulations.

Plans want claims to be submitted in a timely fashion so that the Plans can better manage their accounts. However, Plans should not be allowed to require suppliers to forfeit all payments on claims that miss the deadline. To avoid such disputes, suppliers should attempt to negotiate a more reasonable incentive for the prompt submission of claims.

The contract should define the scope of the Plan’s audit rights. The most common scope of an audit is one that determines whether all products and services appear on the bill and whether the supplier’s records support the bill. Plans often try to expand this scope in an attempt to second guess medical necessity issues through an audit. Although it is appropriate for a Plan to have a role in determining medical necessity, these issues are best addressed through the contract’s utilization review provisions, where the parties can specify standards and procedures. Plans also perform audits as a way of challenging a provider’s rates. This practice is inappropriate because rates are addressed separately in the contract, and no supplier intends to give a Plan a unilateral right to revise its rates through an audit. The time limits within which an audit can be performed should be specified.

Plans may include in the contract a clause requiring the losing party in a dispute to pay the attorney’s fees of the winning party. Plans have a greater incentive and greater resources with which to litigate or arbitrate a dispute. The added risk that the Plan may have to pay the supplier’s attorney’s fees is usually not material in the Plan’s calculations. For suppliers, however, the added risk of paying attorney’s fees may act as a disincentive to pursue the matter.

Discretion Left to the Plan

Each party should carry its own professional and general liability insurance for its own acts or omissions. Suppliers should only be required to insure against their own liability and not the liability of the Plan. Avoid insurance or indemnification provisions that shift the risk of loss for the Plan’s acts to the supplier.

Claims processing is one of the most routinely disputed provisions of contracts between Plans and DME suppliers. At the source of many of these conflicts are state laws requiring prompt payment of “clean claims” submitted to Plans. There are two key time limits that are of specific concern to suppliers in claims processing:

The supplier should request that the contract discuss what constitutes a clean claim by describing the information required and discussing a method for resolving disagreements between the parties. The contract should also include specific penalties such as late payment penalties, interest payments, and, in some cases, termination of the contract in the event of continued delay or non-payment. An example of a “clean claim” provision can be found in an Amerigroup contract that states that a “clean claim” is a claim received by Amerigroup for adjudication, in a nationally accepted format in compliance with standard coding guidelines, and which requires no further information, adjustment, or alteration by the Provider of the services in order to be processed and paid by Amerigroup.”

The supplier should request the right to review all marketing materials referring to the provider before they are used by the Plan. Conversely, the contract may impose restrictions on how the supplier can market to, or otherwise communicate with, the Plan’s covered lives. For example:

The contract between CMS (or the state Medicaid program) and the Plan might define “Marketing” as “any written or oral communication from [MCO] or its representative that can reasonably be interpreted as intended to influence a Participant to enroll, not to enroll, or to disenroll from a health care delivery system.” Even though this definition does not specifically apply to actions by suppliers, it may be construed to be applicable to the definition of “marketing” set out in the contract between the Plan and the supplier.

As such, there is a risk that a communication by a supplier notifying patients that the supplier has terminated its contract with the Plan, and providing patients with a list of other Plans with which the supplier remains in network, may be viewed as a marketing activity as it may influence the recipient to enroll with a particular Plan.

Separate and apart from the supplier’s contractual obligations, guidance regarding communications with patients may be set out, e.g., in the Medicaid program’s Managed Care Manual for Medicaid Providers (“Manual”). The Manual may set out a process for suppliers to “educate” their patients about their choices between the different Plans. For example, the Manual may state that “[I]f a Provider chooses to educate [its] patient…[the Provider and its staff] must ensure that the patient is aware of all plan choices and use materials approved by the Department for this education.”

The Medicaid program will likely instruct suppliers not to include any false or disparaging statements regarding Plans. The Manual may prohibit the supplier from contacting patients by telephone to (i) inform them that the supplier has terminated its agreement with ABC Plan and (ii) suggest that the patient switch out of the ABC Plan. For example, the Health Plan Outreach Guidelines in a state may prohibit “face-to-face outreach by the Health Plan directed at participants or potential enrollees, including direct or indirect door-to-door contact, telephone contact, or other cold-call activities …” While the above language applies to telephone calls by the Plan, the state Medicaid program may apply the restrictions to suppliers.

Assume that a supplier terminates its contact with ABC Plan and desires to direct its patients to XYZ Plan. Assume that the supplier desires to run Facebook adds that inform patients of the termination and the desire by the supplier that the patients switch Plans. The supplier needs to carefully word such an ad. The ad cannot be misleading. For example, if the ad says that ABC Plan is reducing patient choice, then such a statement may be misleading. ABC Plan might argue that the supplier can remain in network with ABC Plan so long as the supplier is willing to accept the lower reimbursement. In addition, the supplier may be required to obtain approval of the Facebook ad by the state Medicaid program and ABC Plan. The Manual may require the supplier to use materials (intended to educate patients) that have received the prior approval by the state Medicaid program. Lastly, it is important that the Facebook ad not be looked at as “tortious interference” with ABC Plan’s business. A properly-worded Facebook ad might say something like the following: “You have a choice in your Medicaid Managed Care Plan. If you have respiratory problems, diabetes, or use oxygen, incontinence products or a wheelchair, please make sure that your provider of choice for medical equipment and supplies is in-network with the Medicaid Managed Care Plan you choose.” By broadly stating facts not specifically identifying ABC Plan, this language should eliminate the risk of ABC Plan objecting to the ad on the grounds that it is misleading or defamatory. In addition, as the ad does not specifically identify ABC Plan and is not specifically targeted to ABC Plan members, it significantly reduces the risk of a tortious interference claim. Assume the supplier will terminate its contract with ABC Plan because the supplier cannot accept ABC Plan’s reimbursement cuts. A properly worded letter from the supplier to its ABC Plan patients might say something like the following: