Medtrade Spring Revamped and Re-Energized – LAS VEGAS –  Medtrade organizers decided to make the show even more engaging by revamping the educational session structure to maximize attendee exposure to great ideas, and to better hear the illuminating conversations that add value. “The overall number of sessions has been cut down to allow for more focused sessions that boost networking, and help to avoid too many competing sessions,” said Kevin Gaffney, group show director, Medtrade Spring. “The increased energy in the room will allow for even better collaboration. We are even pondering new seating arrangements in session rooms to foster better audience/speaker engagement and discussion.”

Leitten Study Reinforces Value of DME – WATERLOO, IA – Leitten’s study, The Case for Medicare Investment in Durable Medical Equipment, shows that the health care system and beneficiaries save on long-term costs if the government invests in durable medical equipment services up front. 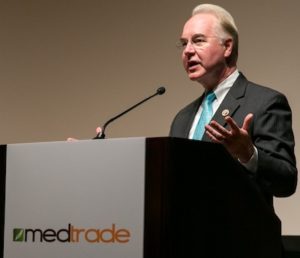 Tom Price Confirmed as New HHS Secretary – Congress confirms Rep Tom Price, M.D. (R-Ga) as the next Secretary of Health and Human Services by a Senate vote of 52-47.

Rise of Caretailing Continues at Medtrade Spring – LAS VEGAS – Looking to boost knowledge of all things retail, providers attended Aggressively Moving into the Retail Market While Avoiding Legal Pitfalls with Jim Greatorex, vice president, Accessible Home Improvements of America; Andrea Stark, reimbursement consultant, MiraVista LLC; and Jeffrey S. Baird, JD, attorney, Brown & Fortunato. “If patients are ready to give you money,” said Stark, “there is no reason you should turn it away.”

Pride Builds Caretail Momentum – LAS VEGAS – Medtrade Spring exhibitor Pride saw strong foot traffic, as well as a new attitude among many providers in attendance at the Mandalay Bay Convention Center in Las Vegas during Medtrade Spring. Micah Swick: “They understand, as do we, the future is retail.”

From 95% Medicare to 0% – SCOTTSDALE, AZ – When Mark Nicotera purchased AZ MediQuip five and half years ago, the company’s revenue was 95% Medicare. By 2014, the 55-year-old Nicotera had morphed AZ MediQuip into a purely retail business with no Medicare.  “We’ve had 675% growth in that five-year timeframe.”

Medtrade Evolution Continues – ATLANTA – After reviewing many comments, Medtrade officials made changes. Longer panel discussions, major schedule changes, and a show-ending reception were all added. Receptions attendees had a chance to win $5,000, and one lucky Texas provider took home the prize. 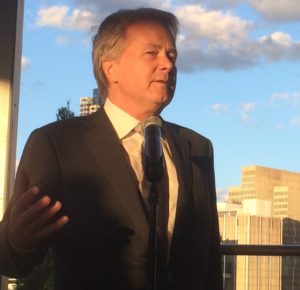 Ackerman Tapped for AAHomecare Chairman Post – SILVER SPRING, MD – Steve Ackerman, CEO of Spectrum Medical, took over as chairman of the American Association for Homecare Board of Directors at the recent AAHomecare legislative conference. As an advocacy veteran, Ackerman has seen the industry’s ups and downs up close. Medtrade Monday sat down with the new chairman (see article here) to get his opinions on a variety of topics. 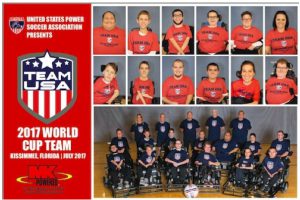 Home Modification Heats Up – ATLANTA – Manufacturers, providers, and even legislators are paying a lot of attention to the home modification movement as media mentions go up.

Invacare – FDA Lifts Consent Decree Restrictions – ELYRIA, OH – Invacare Corp received notice from the FDA that the company had successfully satisfied the Agency’s requirements under the consent decree to resume full operations at its Corporate and Taylor Street manufacturing facility in Elyria, Ohio.

Mistakes Brought on by Sleep Apnea Officially Blamed for Mass Transit Deaths – NEW YORK, NY – Officials in New York determine that 2016 rail accidents in New Jersey and Brooklyn (leading to five deaths and hundreds of injuries) were caused by engineers who were diminished due to sleep apnea. Recommendations from a “single special report” are expected in 2018.

ATLANTA – The nation’s largest HME-focused trade show kicks off in Atlanta at the Georgia World Congress Center (Kevin Gaffney, group show director, pictured). The industry now sets its sites on Medtrade Spring in March 2018. On Medtrade 2017: “We were getting qualified leads an hour before the show floor was scheduled to close,” said Kolby Wegener, MBA, Mediware Information Systems.

Caretailing Makes Mark at Medtrade – ATLANTA – Whether you call it retail, caretail, or cash-based business, interest was on the rise at last year’s Medtrade. “If you’re not selling add-on products for cash, you’re missing out on hundreds of thousands of dollars every year,” said Rob Baumhover.