AMARILLO, TX – Over the past four years, there has been a noticeable growth in the orthotics market. The reasons for this growth are:&nbsp; (i) orthotics are not covered by competitive bidding; (ii) Medicare has historically paid well for orthotics; and (iii) it is relatively easy for a DME supplier to ship orthotics (i.e., braces) all over the country. 15 years ago, we could not turn on television without seeing Wilford Brimley promoting diabetic testing supplies. Today, we cannot turn on television without seeing a back brace commercial.

The orthotics phenomenon has been driven by lead generation companies (“LGCs”) that can produce large “buckets” of leads. LGCs approach “standard” DME suppliers (oxygen concentrators, beds, etc.) and show them how they can make money selling braces throughout the U.S. 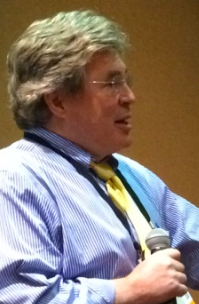 This implicates the Medicare anti-kickback statute (“AKS”) which is a criminal statute and applies to all federal health care programs. The AKS says that a person/entity cannot pay anything to another person/entity in exchange for referring, or arranging for the referral of, a patient covered by a government health care program. This is a very broad statute, and the DOJ has substantial latitude in determining whether or not to enforce it against a person/entity. Courts have enumerated the “one purpose” test. This states that if “one purpose” behind a payment is to reward a person/entity for a referral, then the AKS is violated notwithstanding that the “main purpose” behind the payment is to pay for legitimate services.

To the extent that a DME supplier directly or indirectly (e.g., through an intermediary) pays money to a telehealth physician, who in turn writes an order for braces that will be dispensed by the DME supplier and reimbursed by a federal health care program, the arrangement will likely be viewed as remuneration for a referral (or remuneration for “arranging for” a referral).

Tennessee Case: “Shot Across the Bow”
A recent Tennessee case sends a shot across the bow to supplier-funded telehealth arrangements. OPKO Health, Inc. and its owner, Jonathan Oppenheimer, agreed to pay $9.35 million to settle a whistleblower case in which the whistleblower alleged that, in violation of the AKS, the defendants helped fund referring physicians’ electronic health records systems. According to the OIG: “This laboratory traded physicians free computer software for patient referrals. Such quid pro quo arrangements are kickbacks that stifle competition and steer business to the company offering the inducements.” According to the lawsuit, between June 2007 and January 2015, the defendants helped physicians purchase equipment from electronic health records systems vendors, but acted outside of the safe harbors to the AKS, and outside of the exceptions to Stark, that would have provided legal protection.

Payment Suspensions and Prepayment Reviews
We are witnessing CMS contractors suspending payments to, and conducting prepayment reviews of, DME suppliers that engage in questionable telehealth arrangements.

For example, a DME supplier recently received a ZPIC letter that says, in part:

As noted above, the suspension of your Medicare payments is based on reliable information that an overpayment exists, and that payments to be made may not be correct. See 42 C.F.R. &sect;405.371(a)(1). Specifically, the suspension of your Medicare payments is based on, but not limited to a review of the documentation you submitted to [Name of ZPIC] for a prepayment audit conducted on claims you submitted to Medicare in which supporting documentation was requested from your facility. Our review found that LCD coverage criteria were not met as required examination of joint laxity was not documented or the medical records documented a joint laxity test that could not have occurred via telehealth visit. The review resulted in a __% denial (__/__ claims). (Emphasis added.)

This letter addresses claims for knee braces. These claims arise from telehealth encounters in which the ordering physician only had a telephone conference with the patient. In denying some of the claims, the ZPIC stated that there was no documentation of an examination of joint laxity. In denying other claims, the ZPIC stated that while there is documentation of a joint laxity examination, such an examination could not have occurred with a telehealth encounter.

In addition to payment suspensions, DME suppliers, engaged in suspect telehealth arrangements, are being targeted for prepayment reviews. For example, a DME supplier recently received a letter from a ZPIC that says, in part:

As a Medicare Zone Program Integrity Contractor (ZPIC), _______ is required by the Centers for Medicare and Medicaid Services (CMS) to analyze claims payment data in order to identify areas with the greatest risk of inappropriate program payment. Specifically, as a ZPIC, _______ is required to investigate situations of potential fraud, waste, and abuse.

According to the ZPIC, this prepayment review arose from CMS’s concern that the DME supplier’s physician orders arose out of telehealth encounters.

CMS Will Pay Only In Limited Circumstances
According to CMS, Medicare beneficiaries are eligible for telehealth services only if they are presented from an originating site located in:

• A rural Health Professional Shortage Area (HPSA) located either outside of a Metropolitan Statistical Area (MSA) or in a rural tract; or
• A county outside of a MSA.

Medicare further states that as a condition of payment, there must be an interactive audio and video telecommunications system that permits real-time communication between the practitioner, at the distant site, and the beneficiary, at the originating site.

Future Legislation
Commercial insurers have been accepting of telehealth arrangements. The insurers recognize that if implemented properly, telehealth encounters are effective and cost efficient. When it comes to telehealth, Congress is “behind the times.” The good news is that Congress recognizes that it needs to more forcefully embrace telehealth.

For example, H.R. 1148, introduced by Rep. Griffith Morgan (R-VA) and Rep. Joyce (D-OH), is a bill to further access to stroke telemedicine services. Specifically, it “would expand the ability of patients presenting at hospitals or at mobile stroke units to receive a Medicare reimbursed neurological consult via telemedicine.” Currently, Medicare will only pay for such a consultation if the originating site hospital is in a rural Health Professional Shortage Area or a county outside a Metropolitan Statistical Area. If the bill is enacted, the term “originating site” will include “any hospital, or any mobile unit equipped with the ability to evaluate possible stroke patients while being transported to a hospital, at which the eligible telehealth individual is located at the time the service is furnished via a telecommunications system, regardless of where the hospital or mobile unit is located.” Further, the services must be “related to the diagnosis, evaluation, or treatment of symptoms in an individual of an acute stroke,” and they must be provided “not later than four and a half hours (or such other clinically appropriate amount of time as is determined by the Secretary) after the onset of such symptoms …” The change would become effective 18 months after the date of enactment.

While H.R. 1148 does not pertain to DME suppliers, it does indicate Congress’ thinking as it considers legislation to expand Medicare’s acceptance of telehealth services.

Monday, August 14, 2017
2:30-4:00 p.m. EASTERN TIME
The DME industry is young and it grew up unregulated. However, over the past 10 years it is as if CMS and Capitol Hill are making up for lost time. The industry is now caught in a “perfect storm” of competitive bidding, lower reimbursement, out-of-control audits, and stringent documentation requirements. In short, there are many “hot button” issues facing suppliers. This program will address these issues, including (i) the upcoming Competitive Bidding 2019; (ii) the national RAC rollout; (iii) nonassigned claims and the use of ABNs; (iv) dos and don’ts of marketing; (v) how to properly build a referral network; (vi) assisting hospitals in preventing readmissions; (vii) selling Medicare-covered items at a discount off the Medicare allowable; (viii) selling at retail; and (ix) providing DME on a nonassigned basis.