Confessions of a Medicare Fraud – Part 1

Confessions of a Medicare Fraud – Part 1

PLAINVIEW, N.Y. – My journey to hell and back started with a knock on the door from the FBI and Secret Service on April 9, 2019, the day Operation Brace Yourself was deployed. From that moment on, my life was forever changed—not just in the things and freedoms that I may have lost, but in all that I was able to learn and gain as I live my life and strive for redemption.

Since the moment I became aware that I was the subject of a federal investigation, I’ve gone through a roller coaster ride of emotions and experiences that continue to this day, the one-year anniversary of my release from a federal prison camp. 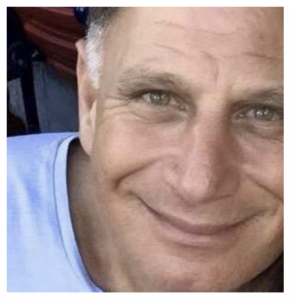 During my sentencing hearing, I pledged to the judge that I would make good on my restitution and community service. I also promised to do everything in my power to redeem myself in society’s eyes, and to do all that I could to help prevent Medicare fraud. This is a step in making good on my promise.

By sharing the story of my journey, my hope is that I can dissuade others from making the same mistakes, or that I can inspire someone to feel that his or her life is not hopeless—even if they feel lost and afraid—or find themselves caught up in the gears of the justice system.

April 9, 2019: The FBI Knocks On My Door
On this fateful day, the FBI knocked on dozens of doors. Mine was one of them. I was lucky that no guns were drawn, no cuffs were used, and they did not take me into custody. I’ve heard that others were not so fortunate.

As we sat in my living room, the three agents fanned out in a way that had me surrounded, forcing me to swivel in my chair to make eye contact with each of them as I answered their questions. I’ve later learned that they position themselves in this way to encircle and intimidate the person they’re interrogating. It worked.

As I sat in stunned silence, I was confronted with hundreds of email documents that substantiated my role in procuring leads from marketing companies that had relationships with telemedicine companies. All of the documents bore my name in the address section, either as the sender or the recipient, or in the cc. There was no denying my involvement.

The details of my offense are pretty simple: my four active HME companies purchased leads from marketing companies. The marketing companies paid telemedicine companies to have licensed physicians perform telemedicine consults on Medicare recipients who were experiencing pain in the back, shoulders, wrists, and ankles. Once their pain was documented by the doctors, and their Medicare benefits were reverified, our DME companies shipped braces to the patients—and then we would bill Medicare.

Although we were told by our billing company that we were doing everything in compliance with Medicare guidelines, we failed to do proper due diligence and verify with legal counsel. In retrospect, we probably just heard what we wanted to hear, and convinced ourselves that we were engaging in a legal business transaction, even though we were engaging in a clear violation of anti-kickback statutes.

The fact of the matter is that there were no clandestine meetings, no hidden payments, no “bag money”  and no attempt to cover up our actions. It was all done on a transparent ‘Business to Business’ (B2B) basis—which made the kickbacks far more structured, insidious, and institutionalized.

That first interrogation was a surreal and frightening experience to say the least, and I felt an immediate sense of dread that didn’t leave me until the dates of my eventual surrender on February 27, 2021, and my subsequent release from the prison camp on June 24, 2021.

After the agents left, I immediately knew that I was going to plead guilty. I was not going to be able to afford a private attorney, nor did I possess the emotional strength it would take to withstand a prolonged legal battle, especially when I knew I was guilty. I also knew that federal prosecutors have a 99% conviction rate in court, and that a trial by jury would only lead to a longer sentence.

The agents left me with seven subpoenas, and an instruction sheet on how to request a court-appointed attorney. I felt overwhelmed; not just by the fear of imprisonment, but by the sheer mass of tasks at hand, and by my crippling feelings of shame and guilt.

Feeling desperate and afraid, I quickly shifted into survival mode. Unfortunately, with all my business accounts now frozen, it was necessary to immediately close down all six of our businesses (two of which were preoperational), terminate over two dozen loyal employees in person, cancel six office leases, as well as cancel a rental property that we used to house field-based nurses.

We also had to liquidate all office equipment and furnishings, set up phone transfers, and arrange mail forwarding. We also had to cancel fulfillment on all brace orders that were pending. Then I had to cancel the lease on my apartment, knowing that I would not be able to afford the rent come the first of May. The downward spiral had begun, and I had an ominous fear of how far I would fall before I would land.

In the weeks and months that followed, my life was in a constant state of turmoil, with everything being turned upside down. I was jobless, depressed, and descending deeper into debt. I was dependent on the generosity of family and friends for emergency loans and temporary places to live. I felt helpless and hopeless; overwhelmed with fear of being sentenced to multiple years of imprisonment—but more afraid of how I was going to survive on a day-to-day basis until my surrender.

I felt worthless, or maybe that I was worth more dead than alive thanks to my life insurance policies. I fought a daily battle with my depressive urge to jump off an eight-story walkway that led to my friend’s condo. Thankfully, my will to live – and my awareness of the legacy of shame and pain that suicide would have caused for the people I loved most – won out. I chose to fight my fears and shame instead.

The Virtues of Hitting Bottom
My original sentencing date was scheduled for April 16, 2020, in Savannah, Ga., and my attorney had prepared me to expect a three- to five-year prison sentence, which was within the federal sentencing guidelines. By the middle of March, I felt like my life was circling the drain.

My housing situation was growing more desperate, and then the pandemic struck. This made living with friends all the more difficult, and I didn’t know if I’d be able to hold on much longer.

During the first week of April, I was reduced to living in my car in a Walmart parking lot. I was a true vagrant, albeit living in a C Class Mercedes, with all of my belongings stored beside me.

And yet, it was during this moment of complete isolation and desperation that I had my greatest epiphany, the one that set me on a path to embrace responsibility for my failures and my crime; to fully recognize that I had the power to make a positive difference in this world, regardless of my living situation—and regardless of my freedom. It allowed me to look at the balance of my accomplishments and failures, and to recognize the patterns in my life that fueled both. It was a moment that served to transform my destiny, and allowed me to grow powerfully close to people who blessed me with their forgiveness, even if I wasn’t quite ready to forgive myself.

On the very night that I hit bottom, I wrote my letter of allocution, the letter that I read aloud to the judge at my sentencing that finally took place eight months later on December 1, 2020. Needless to say, my reading of the letter was an extremely emotional and cathartic experience.

Taking the advice of Justin Paperny at White Collar Advice, I fully identified with my victims, expressed true remorse, showed what I learned from the experience, and demonstrated that I would emerge successfully from this experience, and in so doing never return as a defendant to another courtroom. I also displayed remorse for taking the low road and vowed to take the noble path from that moment going forward, whether I was fortunate to be set free, or given the maximum sentence.

When rendering my sentence, the judge told me that he believed in the sincerity of my remorse, and of my pledge to follow the high road and strive for redemption. He also told me that he was going to hold me to those promises. He was merciful in giving me a six-month sentence in a minimum-security federal prison, followed by six months of home confinement, three years of supervised probation, and $2 million in restitution.

At that moment, I felt the greatest sense of relief, much like patients must feel when they’re told their cancer is in remission. In retrospect, rather than viewing my imprisonment as the dark cloud I feared, I’ve come to view it as the proverbial silver lining. By taking responsibility for my actions, and embracing the consequences in a positive way, I’ve learned to live with less in the material sense, and to treasure the priceless gifts that life has to offer.

It may sound paradoxical, but my forced isolation only served to bring me closer to people; closer than I have ever felt. Losses to my net worth were more than compensated for by my gains in self worth. By no longer trying to project the facade of success, I was able to savor the embrace of friends, both lifetime and new, who accepted me for who I am, not who I pretended to be. It showed me the power of being honest and humble, and gave me a path to follow; the path that has led me here.

Part two of Rich Steinkohl’s odyssey will appear in the July 18 issue of Medtrade Monday.

Prior to being convicted of conspiracy to commit Medicare fraud as part of Operation Brace Yourself, Rich Steinkohl was owner and chief development officer for FriendCare, and several sister-licensed HME companies in the Gulf Coast Region of Florida. He previously served as a market development consultant for independent pharmacies, and as a professional recruiter in the healthcare industry. Since his release from a federal prison camp in June 2021, Rich has dedicated his career to helping prevent Medicare fraud, and to helping felons transform their lives. He can be reached via e-mail: RxVIP@yahoo.com