Up until about 10 years ago, the DME industry was almost exclusively fee-for-service (FFS) industry. The supplier would sell a product, take assignment, and bill Medicare. The concept of “managed care” did not enter the supplier’s lexicon. And in any event, in the eyes of many, managed care was only for physicians and hospitals … and only in New York and California.

While the DME industry was (justifiably) focused on competitive bidding and audits, managed care snuck up on the industry. Fast forward to today: (i) approximately 47% of Medicare beneficiaries are covered by Medicare Advantage Plans (“MAPs”) and (ii) approximately 70% of Medicaid patients are covered by Medicaid Managed Care Plans (“MMCPs”). These percentages are increasing. 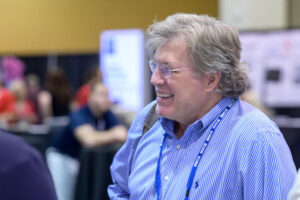 There is a parallel concept in the pharmacy space. Pharmacy Benefit Managers (“PBMs”) serve as the middlemen between (i) commercial insurers on the one hand and (ii) patients/pharmacies on the other hand.

In dealing with MCOs, DME suppliers face a number of challenges, including the following:

In dealing with PBMs, pharmacies face different, but no less serious, challenges.

MAPs and MMCPs were established by Congress in 1997. The federal statutes and regulations governing MCOs are voluminous. Most of the statutes/regulations focus on rights of beneficiaries. There is little federal guidance on the rights of DME suppliers and other providers. Essentially, Congress and CMS have said to MCOs: “Take care of the patients and work with providers/suppliers…and we do not want to have to deal with problems.” In other words, so long as Anderson Cooper is not standing on a street corner talking about patients being harmed because of MCOs’ actions, then Congress and CMS do not really care what the MCOs do. By and large, state Medicaid programs take the same “hands-off” approach.

It took Congress decades before it passed laws designed to reign in Big Tobacco. The reason it took so long was because of the money spent by Big Tobacco on lobbyists and on campaign contributions. It was the states that took the lead in confronting Big Tobacco. Doing so gave Congress the political cover to finally act.

The same scenario is playing out in the MCO space. There has been little to no movement on the part of Congress and CMS to confront the unfair practice of MCOs. This is due the MCO industry’s lobbying effort and campaign contributions. Through the efforts of AAHomecare’s Payor Relations Council and other stakeholders, we are seeing success on the state level. We are seeing state legislatures step in and pass laws designed to give protection to suppliers and providers. Hopefully, these state efforts will give political cover to Congress and CMS to become more assertive in reigning in MCOs.

This brings us to the crux of this article. We are finally beginning to see some federal governmental movement in addressing the problems being caused by MCOs. And coincidentally, we are also seeing movement designed to reign in PBMs in the pharmacy space.

On April 27, 2022, the Office of Inspector General (“OIG”) issued a report addressing problems caused by MCOs (“Report”). The focus of the Report are the actions of MCOs to (i) reject prior authorizations and (ii) make it difficult for physicians to obtain prior authorizations. The Report points out that such actions cause harm to patients. The Report focuses on physicians and does not address the types of problems being faced by DME suppliers. But the Report, hopefully, will open the door for additional scrutiny of MCOs.

Here is what the Report says:

Why We Did This Study
A central concern about the capitated payment model used in Medicare Advantage is the potential incentive for Medicare Advantage Organizations (MAOs) to deny beneficiary access to services and deny payments to providers in an attempt to increase profits. Although MAOs approve the vast majority of requests for services and payment, they issue millions of denials each year, and CMS annual audits of MAOs have highlighted widespread and persistent problems related to inappropriate denials of services and payment. As Medicare Advantage enrollment continues to grow, MAOs play an increasingly critical role in ensuring that Medicare beneficiaries have access to medically necessary covered services and that providers are reimbursed appropriately.

How We Did This Study
We selected a stratified random sample of 250 prior authorization denials and 250 payment denials issued by 15 of the largest MAOs during June 1-7, 2019. Health care coding experts conducted case file reviews of all cases, and physician reviewers examined medical records for a subset of cases. From these results, we estimated the rates at which MAOs denied prior authorization and payment requests that met Medicare coverage and MAO billing rules. We also examined the reasons that these denials occurred and the types of services associated with these denials in our sample.

Second, MAOs indicated that some prior authorization requests did not have enough documentation to support approval, yet our reviewers found that the existing beneficiary medical records were sufficient to support the medical necessity of the services.

Payment requests. We found that, among the payment requests that MAOs denied, 18 percent of the requests met Medicare coverage rules and MAO billing rules. Most of these payment denials in our sample were caused by human error during manual claims processing reviews (e.g., overlooking a document) and system processing errors (e.g., the MAO’s system was not programmed or updated correctly).

We also found that MAOs reversed some of the denied prior authorization and payment requests that met Medicare coverage and MAO billing rules. Often the reversals occurred when a beneficiary or provider appealed or disputed the denial, and in some cases MAOs identified their own errors.

What We Recommend
Our findings about the causes and circumstances under which MAOs denied prior authorization or payment for requests that met Medicare coverage and MAO billing rules provide an opportunity for improvement to ensure that Medicare Advantage beneficiaries have timely access to all necessary health care services, and that providers are paid appropriately. Therefore, we recommend that CMS:

Conclusion
At this point in time, the primary avenue to address problems caused by MCOs is to work with state legislatures and state regulatory agencies. However, as indicated by the OIG Report and the FTC Inquiry, hopefully we will see federal movement as well.

1:30-2:30 p.m. CENTRAL TIME
The importance of DME suppliers has come to the forefront during the pandemic. In short, DME suppliers (particularly oxygen equipment suppliers) are instrumental in keeping patients out of the hospital. This program focuses on those suppliers that provide oxygen concentrators … and in particular on when it is proper for the supplier to re-start the 36 month oxygen rental period. When a DME supplier provides an oxygen concentrator to a Medicare beneficiary, Medicare will pay the supplier for the first 36 months and then the supplier will be obligated to service the beneficiary’s oxygen needs, for very little compensation, for the next 24 months. The beneficiary’s continuous use of the concentrator may be interrupted by one of the following events: (i) the concentrator is lost, stolen, or damaged beyond repair; (ii) there is an extended break in need of greater than 60 days; (iii) the supplier sells its assets to another supplier; (iv) the supplier goes out of business; (v) the supplier files bankruptcy; or (vi) the beneficiary relocates outside the supplier’s service area. This program will discuss whether the 36 month rental period will start over when one of these interruptions occur.