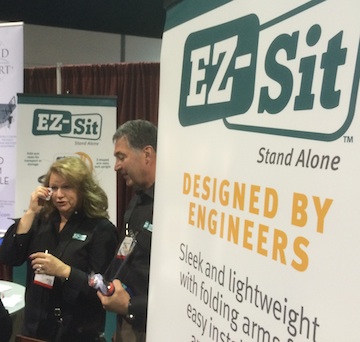 ATLANTA – At the recently concluded Medtrade 2015, The Providers Choice Silver Award, sponsored by HomeCare magazine, went to EZ-Sit (www.ez-sit.com), an apparatus that attaches “arms” to an armless chair—helping people to stand independently.

Harry and Mary Schroeder, founders/inventors of the EZ-Sit, from Innovations U.S. LLC, Milwaukee, Wis, had never exhibited at Medtrade, but they made the trip in an effort to find distributors, as well as providers eager for something new.   “It’s a simple attachment to a chair, and arms fold down when you want to take it and go,” explained Harry Schroeder. “So you can get up from the chair on your own without assistance. Seniors want to stay independent and have their dignity. We have a patent pending and trademark on the name.” 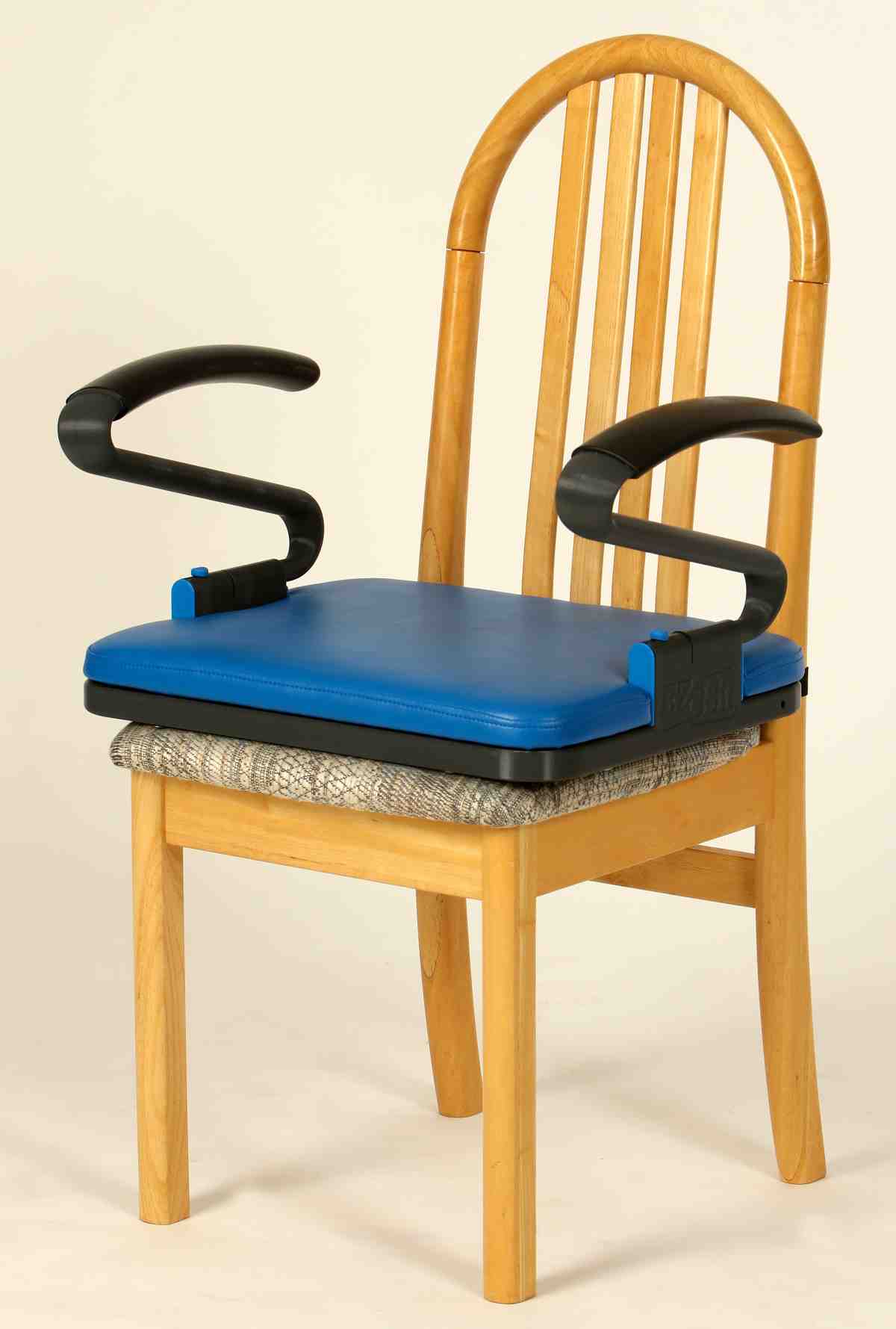 “We are truly humbled to have received the Silver award in the new product pavilion at Medtrade 2015,” said Mary Schroeder (shown here wiping tears after learning of the award, with Harry Schroeder). “We believe there was a positive response because EZ-Sit fills a void in the market between the walkers, canes and wheelchairs. EZ-Sit was created by a simple request from a gentleman with very weak knees who loves to frequent restaurants but has a difficult time rising from arm-less chairs, as most restaurants have arm-less chairs.”

“Anytime there is a new product or category in the DME industry it automatically helps increase cash sales,” added Harry Schroeder. “It is a win-win from manufacturing all the way to the end consumer.” 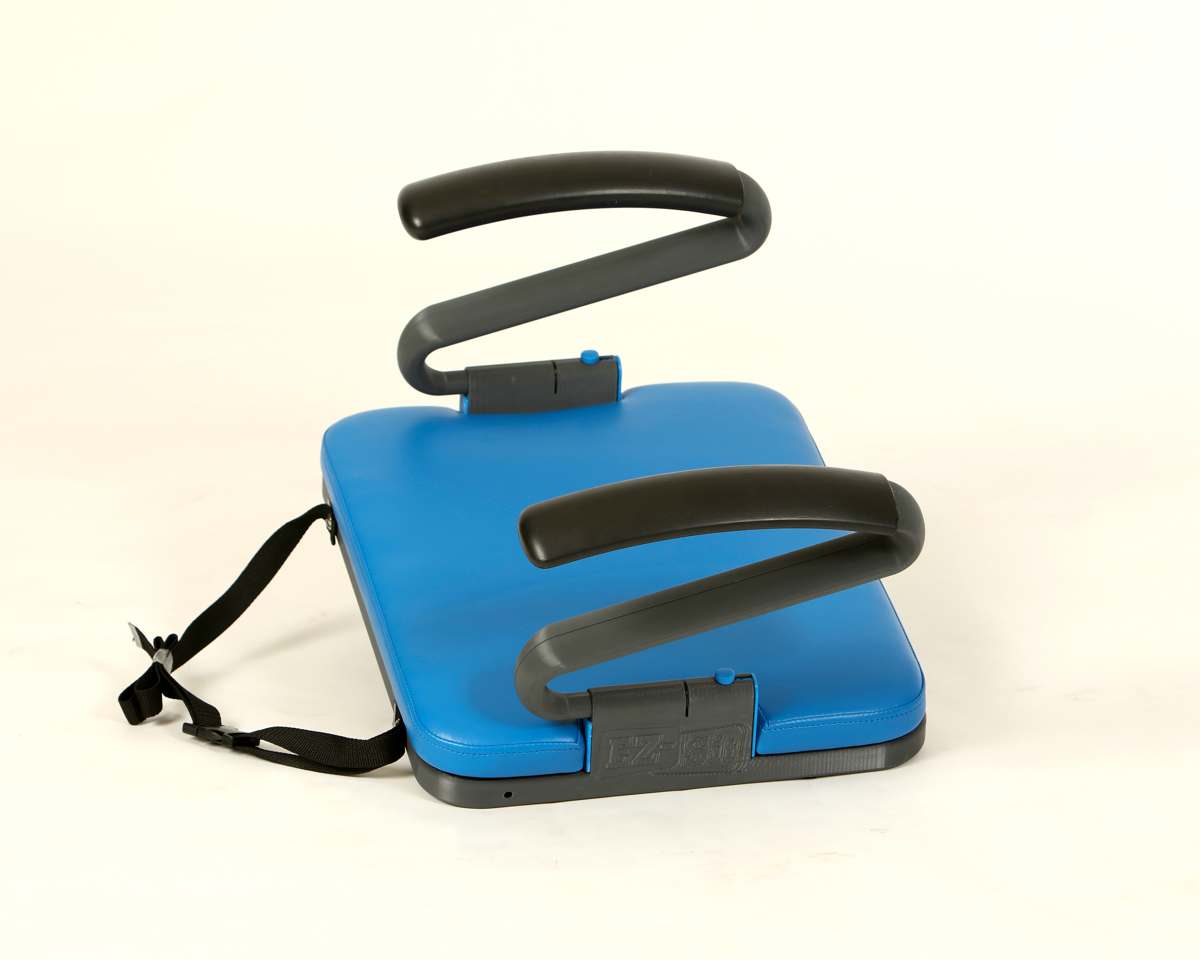 Since EZ-Sit is a new category, Mary Schroeder reasons that people won’t ask for it because they don’t know it exists. With that in mind, “We would ask DME providers to help their customers by displaying, demonstrating, or running a continuous play video in their cane and walker display areas. They could have a sign in the store, or an online ad stating: ‘Have you ever seen this before, adding arms to arm-less chairs?’

Check out next week’s Medtrade Monday for more insight on other Medtrade 2015 award winners.

See More Great New Products at Medtrade Spring 2016
LAS VEGAS – Early registration for Medtrade Spring, the Spring version of the nation’s premiere HME-focused trade show, is on. The show is scheduled for Feb 29-March 2, 2016, at the Mandalay Bay Convention Center in Las Vegas. Those who register early can save $75 on the price of the Expo, and more than $200 on the Conference portion of Medtrade Spring. Prices are the same as last year.