I Am the HME Industry – Aaron M. Durst

I Am the HME Industry – Aaron M. Durst

RAWLINS, WY – Aaron M. Durst took over the 3,000-sq-ft Professional Oxygen Supply Inc, Rawlins, Wyoming, with a promise to “take my dream and do the best I can with it.” He will likely take on a part-time employee in the near future, but for now Durst is an army of one.

Right off the bat, he became involved with his state association, now serving as president of the Big Sky Association of Medical Equipment Suppliers. With membership in AAHomecare, the VGM Group, and regular attendance at Medtrade, Durst is determined to boost his chance of success in the 10,000-pop southern Wyoming town. “If we aren’t working together,” he says, “we are all going to fall on our faces.” 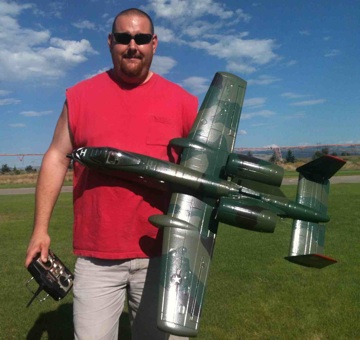 Oxygen is the primary offering right now, but Durst is determined to expand his DME category with bent metal, walkers, wheelchairs, commodes, canes, and crutches. “I want to grow this business,” says Durst, the owner since Jan 1, 2015. “This is a unique community for me. There is not a lot here. It’s remote, and most people are used to driving two hours. I want to be the hometown hero.”

Attendance at Medtrade Spring in Las Vegas this year helped Durst to “keep up with the national pulse and see what kinds of new products are out there.” On the networking/educational side of Medtrade, he says: “Someone like Jeff Baird, for example, will talk about the legal ramifications of certain aspects of dealing with Medicare. We don’t all have lots of money that we can pay a lawyer to get this kind of information, so when you can get that kind of advice from industry leaders at Medtrade, that is a resource that you just can’t turn away from.”

The 39-year-old Durst has been in the business since 1998, getting his start in Pocatello, Idaho, with a successful local pharmacy. Prior to that, he worked as bouncer for about 10 years at a bar. Customers rarely challenged the 6-foot, 6-inch, 300-pound Durst, but there was occasional drama.

“Most people don’t want to find out how bad it might hurt if they did cross me, plus I show people respect and they respect me back,” he says. “I once watched a guy hit his girlfriend in the bar, so I grabbed him around the neck and started dragging him out.”

When he’s not running the business, Durst enjoys building and flying remote control airplanes and helicopters in the vast Wyoming open spaces. “One other little detail that I could throw your way is that my wife and I are major Sci-Fi junkies,” he adds. “We had a Star Trek wedding in Vegas back in 2000. To this day, I’m a major Star Trek fan and collector. We’ve made the Star Trek convention and try to make Comic-Con in Salt Lake whenever possible.”