This is a reprint of the article that was published in last week’s Medtrade Monday. Medtrade Monday and the two authors decided to run this article a second time because of the importance of the topic. Note that Jeff and Wayne will present a webinar for AAHomecare on this topic on Thursday, October 25, 2018. There will be no charge for this webinar.

Section 6402 of the Affordable Care Act states that any provider or supplier that receives an overpayment must (i) report to CMS and (ii) provide written notice of the reason for the overpayment. The overpayment must be reported and returned no later than 60 days after it is identified. Failure to do so may result in civil monetary penalties under the Federal False Claims Act.

In its previously published Final Rule, CMS provided guidance regarding the obligations of providers and suppliers to report and repay overpayments. 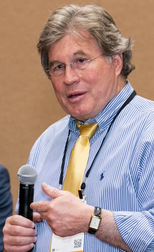 Let’s focus on the third bullet. Under the Final Rule, a DME supplier will have identified an overpayment (i) if the supplier conclusively knows about it or (ii) if the supplier would have known about it by acting with “reasonable diligence.” Although the term “reasonable diligence” gives flexibility to CMS, CMS is unlikely to punish a good faith compliance effort. As stated in a recent court ruling involving the 60 day rule: “[E]nforcement actions aimed at well-intentioned health care providers working with reasonable haste to address erroneous overpayments……would be unlikely to succeed.” It is important to note that the 60 day rule requires “proactive compliance activities…..to monitor for the receipt of overpayments.” Said another way, the DME supplier must be proactive, not reactive. Lastly, the Final Rule stated that it is “certainly advisable” for suppliers to create a paper trail that serves as evidence of reasonable diligence.

The risk of violating the “60 Day Rule”…and, hence, the risk of violating the False Claims Act…has just been ratcheted up. In June 2018 the OIG released a report entitled “Most Medicare Claims for Replacement Positive Airway Pressure Device Supplies Did Not Comply With Medicare Requirements“ (“Report”). The Report findings were a result of previous OIG work that found that Medicare allowed replacement of positive airway pressure (“PAP”) device supplies more frequently than what is reasonable and necessary and that DME suppliers often do not have the documentation required to support the need for replacement supplies.

According to the OIG, errors in these claims included:

As a result of the Report, suppliers are now receiving notices from Noridian and CGS advising them to “review claims submitted related to replacement PAP device supplies to determine if overpayments exist within the 6 year lookback period.” 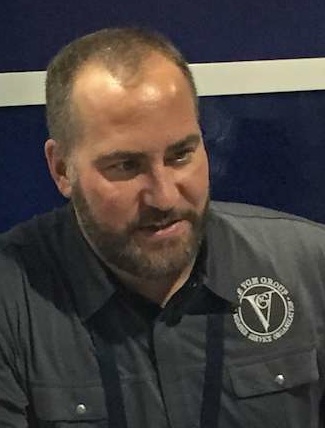 Noridian and CGS are encouraging suppliers to use statistical analysis to determine a valid sample that can be extrapolated into the universe to determine the claims to be reviewed versus a review of all claims billed in the last 6 years. Suppliers will have 180 days (6 months) to conduct the review and identify any overpayments, and by statute, will have 60 days (2 months) to report and return overpayments. In total, suppliers have 240 days from the date of the notification letter to complete the investigation, identify overpayments, and make the necessary arrangements with the MACs to refund.

Noridian and CGS have recently sent letters to PAP resuppliers advising them to review PAP resupply claims submitted during the previous six years to determine if overpayments exist. The letter further advises resuppliers to either (i) review every file or (ii) use statistical analysis to determine a valid sample that can be extrapolated into the universe. The letter then tells the resuppliers that that they will have 180 days to review and identify overpayments and then to refund the overpayments within 60 days thereafter. What makes these letters so alarming is the fact that they are setting up the resuppliers for False Claims Act liability. Pursuant to the Affordable Care Act and implementing regulations, if a provider/supplier identifies an overpayment and does not repay it, then the overpayment becomes a “false claim,” thereby triggering civil monetary penalties. As such, it is critical that the recipients of the letters take proactive steps to respond. There is a likelihood that similar letters, pertaining to other types of products, will be sent to DME suppliers in the future. This webinar will discuss (i) the reasons that the Noridian and CGS letters were sent, (ii) how the letters trigger potential liability under the False Claims Act, (iii) the responsive steps that recipients of the letters should take, and (iv) why the letters will likely be “a sign of things to come.”

Registration is free but limited to 100 participants.

Wayne H. van Halem, CFE, AHFI, is President of The van Halem Group, an audit and billing consulting company based in Atlanta, GA. He represents DME suppliers and other health care providers throughout the United States. Mr. van Halem can be reached at (404)343-1815 or wayne@vanhalemgroup.com.