AMARILLO, TX - All health care providers, including DME suppliers, should be aware of the federal anti-kickback statute (“AKS”).

AMARILLO, TX - All health care providers, including DME suppliers, should be aware of the federal anti-kickback statute (“AKS”).

AMARILLO, TX – All health care providers, including DME suppliers, should be aware of the federal anti-kickback statute (“AKS”). It is a criminal statute. The AKS prohibits a DME supplier from paying (or offering to pay) or receiving (or asking to receive) anything of value in exchange for (i) the referral of a patient covered by a federal health care program (“FHCP”), (ii) arranging for the referral of an FHCP patient, or (iii) recommending the purchase of a product or service covered by an FHCP. A number of federal circuits have adopted the “one purpose” test. This states that if one purpose behind paying a party is to reward the party for referrals, then the AKS is violated notwithstanding that the principal purpose behind the payments is to pay for legitimate services.

In examining an arrangement under the AKS, it is substance over form. There are no technical loopholes. An arrangement can be “papered over” with expensive/detailed contracts but if at the end of the day, the arrangement is designed to put money into a referral source’s pocket, the AKS is violated. Or to quote Charles Schwab: “You can put lipstick on a pig … but it is still a pig.” 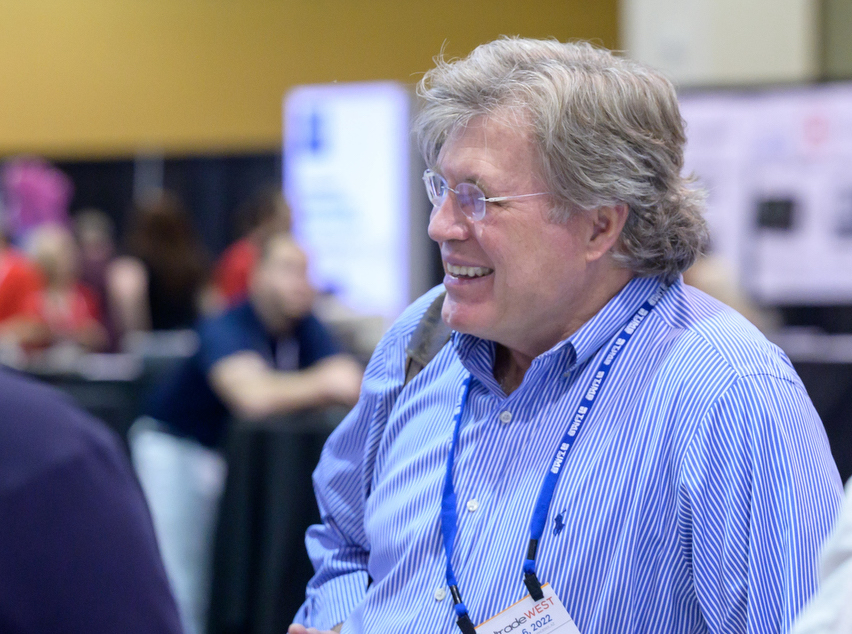 One of the most important safe harbors for DME suppliers is the PSMC safe harbor. It is this safe harbor that allows a DME supplier to pay a referral source for legitimate services…on condition that all of the elements of the safe harbor are met. Prior to January 1, 2021, it was difficult for a DME supplier to fully comply with the PSMC safe harbor. In particular, there were two elements of the safe harbor that were challenging. One was the requirement that the compensation be fixed one year in advance (e.g., $48,000 over the next 12 months…or $4000 per month). It was difficult to calculate fixed annual compensation that was fair market value (“FMV”). The second element that was a challenge was the requirement that if the payee (the person receiving the payments) renders services on a sporadic or part-time basis, then the schedule of such services must be spelled out in the agreement.

Effective January 1, 2021, the PSMC safe harbor was modified in order to give providers/suppliers more flexibility in working with other providers/suppliers to furnish products and services to Medicare beneficiaries. The sporadic/part-time requirement was removed. More importantly, instead of requiring the parties to the arrangement to fix the compensation one year in advance, the modified version requires the parties to fix the methodology for calculating the compensation one year in advance. This opens up the possibility of the compensation being on a hourly basis or, perhaps, on a per unit of service basis. I use the word “perhaps” because as shown below in a recent OIG Advisory Opinion, calculating compensation on a “per unit of service” basis might remove an arrangement from the protection of the safe harbor.

The shift to “methodology of calculation” has caused some DME suppliers to develop a false sense of security. Some suppliers are taking the position that the compensation to a referral source for services can, without question, be on a “per patient” … or “per referral” … or “per encounter” basis. However, this is a slippery slope. At the end of the day, compensation to a referral source on a “per” basis is necessarily tied to the volume or value of the business (e.g., referrals) between the parties. For example, in United States of America, et al., ex rel. Dr. Kuo Chao v. Medtronic PLC, et.al., as part of a procedural ruling, the Court stated that even some FMV payments will qualify as illegal kickbacks, such as when the payor has considered the volume of reimbursable business between the parties in providing compensation and otherwise intends for the compensation to function as an inducement for more business. The Court stated that under the AKS, “neither a legitimate business purpose for the arrangement, nor an FMV payment, will legitimize a payment if there is also an illegal purpose (i.e., inducing Federal health care program business.)”

More recently, the OIG issued Advisory Opinion No. 22-09 in which the OIG stated that a “per service” compensation would likely violate the AKS. Here is a recap of the Advisory Opinion.

The statute has been interpreted to cover any arrangement where one purpose of the remuneration is to induce referrals for items or services reimbursable by a Federal health care program.

Congress has developed several statutory exceptions to the Federal anti-kickback statute. In addition, the U.S. Department of Health and Human Services has promulgated safe harbor regulations that specify certain practices that are not treated as an offense under the Federal anti-kickback statute and do not serve as the basis for an exclusion. However, safe harbor protection is afforded only to those arrangements that precisely meet all of the conditions set forth in the safe harbor. Compliance with a safe harbor is voluntary. Arrangements that do not comply with a safe harbor are evaluated on a case-by-case basis.

The safe harbor for personal services and management contracts and outcomes-based payment arrangements, 42 C.F.R. § 1001.952(d), is potentially applicable to the Proposed Arrangement. In relevant part for purposes of this advisory opinion, this safe harbor requires that the methodology for determining the compensation paid for services not be determined in a manner that takes into account the volume or value of any referrals or business otherwise generated between the parties. 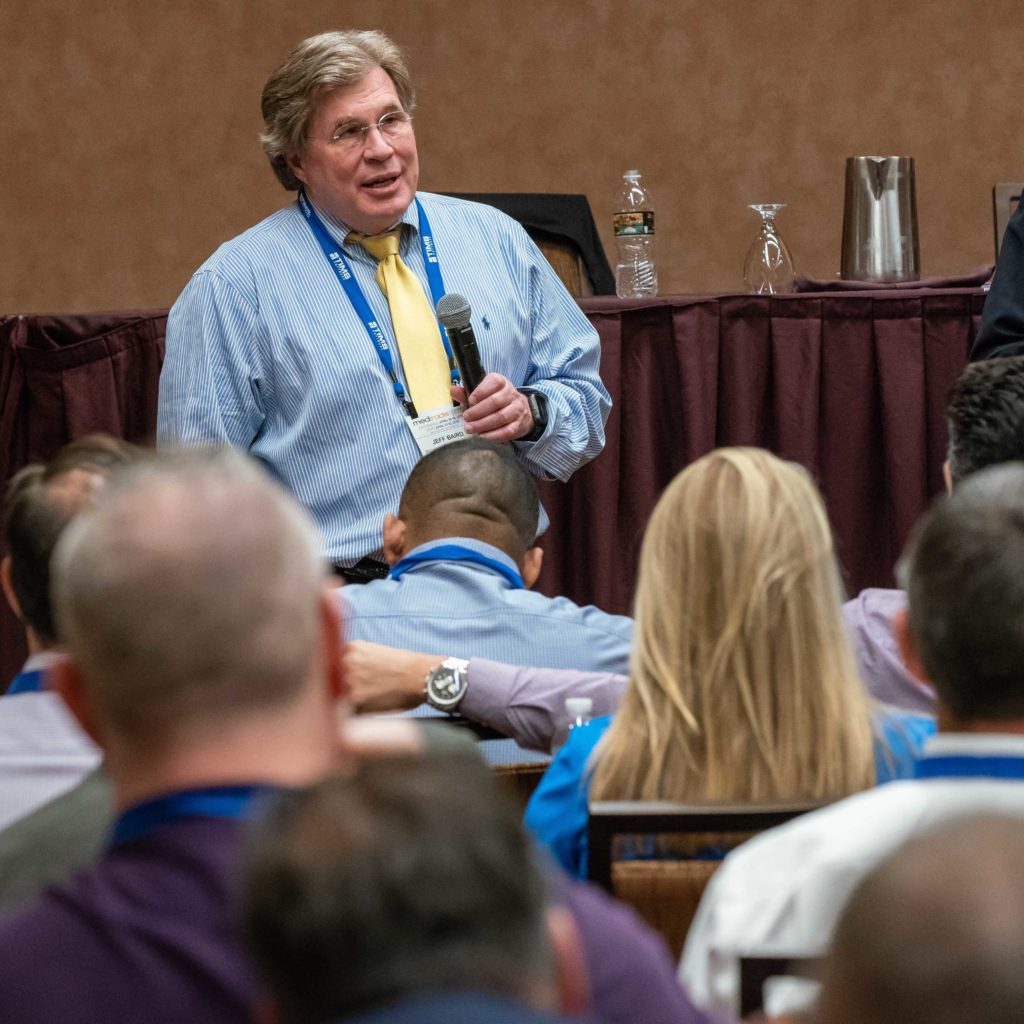 Analysis
The Proposed Arrangement would implicate the Federal anti-kickback statute because it would involve remuneration from a laboratory to a party that is in a position to make referrals to the laboratory for, or otherwise arrange for the laboratory to furnish, items and services that may be paid for in whole or in part by a Federal health care program. Specifically, where an individual—who may be a Federal health care program beneficiary—presents to a Contract Hospital without a laboratory specified on the order for laboratory services, the Contract Hospital could refer specimens from that individual to Requestor for reimbursable testing. Indeed, because of the per-patient-encounter fees paid by Requestor for the Services (which Contract Hospitals agree to receive in lieu of any reimbursement for the Services from a third-party payor), Contract Hospitals have a financial incentive to direct any such specimens to Requestor for the furnishing of laboratory services. The Proposed Arrangement would not be protected by the safe harbor for personal services and management contracts and outcomes-based payment arrangements because the per-patient-encounter compensation methodology would take into account the volume or value of referrals or other business generated for which payment may be made in whole or in part under a Federal health care program.

Arrangements that do not fit in a safe harbor must be evaluated under the Federal anti-kickback statute on a case-by-case basis, based on the totality of the facts and circumstances. The Proposed Arrangement warrants careful scrutiny because: (i) in our experience, laboratory services may be particularly susceptible to the risk of steering; and (ii) the Proposed Arrangement would involve a “per-click” fee structure (in the form of a per-patient-encounter compensation methodology), which generally is inherently reflective of the volume or value of referrals or business otherwise generated between the parties. Here, the per-patient-encounter fee that would be offered under the Proposed Arrangement could induce Contract Hospitals to refer specimens to Requestor for testing, including testing that may be reimbursable, in whole or in part, by a Federal health care program. While Requestor certified that the compensation it would pay Contract Hospitals for the Services would be consistent with fair market value and that contracts for the Proposed Arrangement would specify that the Contract Hospitals would be prohibited from separately billing any payors or patients for the Services performed, these safeguards do not overcome the risk of inappropriate steering to Requestor given the financial incentive inherent to a per-patient-encounter compensation methodology.

Based on the foregoing, because of the possibility that the per-patient-encounter fee would be used to induce or reward referrals to Requestor and the corresponding risk of inappropriate steering to Requestor, we conclude that the Proposed Arrangement would pose more than a minimal risk of fraud and abuse under the Federal anti-kickback statute.

Conclusion
In reviewing the proposed arrangement set out in the Advisory Opinion, logic would dictate that when a hospital would refer patients to a lab, and when the lab would (in turn) pay the hospital on a per-encounter-basis for services rendered to the referred patient, the arrangement would not fit into the PSMC safe harbor. There is no getting around the fact that the compensation from the lab to the hospital varies based on the number of referrals from the hospital. And so the message is to be careful. The January 1, 2021 modification to the PSMC safe harbor is helpful. But it does not allow parties to enter into an arrangement that common sense dictates is a kickback.

DME suppliers serve multiple categories of patients, including the elderly (Medicare) and those on the lower end of the socio-economic scale (Medicaid). Both the Medicare and Medicaid programs are gravitating towards “managed care.” Approximately 40% of Medicare beneficiaries are signed up with Medicare Advantage Plans (“MAPs”), while approximately 70% of Medicaid beneficiaries are signed up with Medicaid Managed Care Plans (“MMCPs”). These percentages are increasing. MAPs and MMCPs work essentially the same way: (i) the government health care program contracts with a “Plan” that is owned by an insurance company; (ii) the Plan signs up patients; (iii) the Plan signs contracts with hospitals, physicians, DME suppliers and other providers … these providers/suppliers will take care of the Plan’s patients; and (iv) the government program pays the Plan that, in turn, pays the provider/supplier. In order to serve MAP and MMCP patients, DME suppliers must sign managed care contracts. In so doing, the supplier needs to be careful. Not only must the contract provide sufficient reimbursement to the supplier, but the contract will have some “trap” provisions that may be harmful to the supplier. This program will discuss the most important provisions that are contained in managed care contracts. The program will discuss how the supplier can negotiate with Plans; and the discussion will point out the provisions that are often non-negotiable and the provisions that are open to negotiation.