AMARILLO, TX – A growing challenge in the DME space pertains to “closed panels.” This is where a supplier desires to serve customers who are covered by a particular commercial insurance plan…but the plan is “closed” to additional DME suppliers. When this happens, it is difficult (perhaps impossible) for the supplier to persuade the commercial insurance plan to add the supplier to the plan’s panel. When faced with this frustrating predicament, the DME supplier may try to determine if there are any “workarounds.” One workaround, but one which is fraught with risk, is for the following to occur:

This type of arrangement is appealing because it can allow a supplier to accept, and obtain more favorable payment terms for, patients covered by payors the supplier is not in-network with. However, suppliers entering into this type of arrangement expose themselves to potential liability under the terms of the payor contract and state law.

With regard to a payor that imposes a prohibition on subcontracting, the type of arrangement discussed here will almost certainly violate the prohibition. The same is true where notice and approval is required but not obtained. 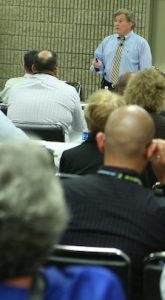 State Insurance Fraud Statute
In addition to the terms of the payor contract, state law may prohibit this type of arrangement. Most state insurance fraud statutes say that a person commits insurance fraud by “preparing, presenting or causing to be prepared or presented to an insurer a statement in support of a claim that the person knows is false or misleading.” In addition, many states have statutes that say that a person may not “solicit, offer, pay, or receive a benefit in connection with providing a good or service for which a claim under an insurance policy is submitted.”

The described arrangement could involve false or misleading statements in support of insurance claims because insurance claims frequently contain a statement certifying that the supplier submitting the claim furnished the items or services itself. And even in cases where a claim does not contain an explicit certification of this fact, a supplier implies this any time it submits a claim for payment.

State Anti-Kickback Statute (“AKS”)
When issues that potentially violate a state insurance fraud statute arise, there is often overlap with the state’s AKS. For example, the Texas illegal remuneration statute prohibits a person from paying or accepting any remuneration “for securing or soliciting a patient or patronage for or from a person licensed . . . by a state health care regulatory agency.” Because DME suppliers in Texas are licensed by a state health care regulatory agency, the Texas AKS would apply to arrangements involving payment by a DME supplier in exchange for the securing of patients or patronage. Anti-kickback statutes in many other states have language that is similar to the Texas statute.

Jeff Baird and Bradley Smith will be presenting the following webinar:
AAHOMECARE’S EDUCATIONAL WEBINAR
Buying and Selling a DME Supplier
Presented by: Jeffrey S. Baird, Esq., Brown & Fortunato, P.C. & Bradley M. Smith, ATP, CMAA, Vertess
Tuesday, September 26, 2017
2:30-4:00 p.m. EASTERN TIME
When a person intends to buy … or sell … a DME supplier, there are a number of documentation and regulatory issues that must be addressed.  First, the seller must take a number of steps to make itself more “attractive.”  The buyer and seller need to decide whether the transaction will be an “asset” sale or a “stock” sale.  The parties will need to engage in the normal transactional steps: mutual nondisclosure agreement, letter of intent, stock purchase agreement/asset purchase agreement, and other closing documents.  The buyer will need to engage in three types of due diligence: financial, corporate and regulatory.  And the parties will need to meet a number of regulatory requirements such as submitting change of ownership notifications.  This program will discuss all of these (and other) issues associated with the purchase and sale of a supplier.